Elijah Vasquez of Grand Street Campus picked up a fall at 145 pounds.

Zach Ancewicz  of John Glenn works to turn Chris Giron of Grand Street Campus for a fall at 126 pounds.

Nick Piccininni of Ward Melville ankle picks Matt Moskowitz of  East Islip at 126 pounds. Piccininni picked up the fall and won his 165 consecutive match, a NYS record. He had eclipsed Jesse Jantzen's mark of 163 earlier in the day. Ward Melville won the dual 40-37.

Edwin Rubio of John Glenn works to turn Jacob Jones for a fall at the 1:26 mark in the 285 pound bout. It was the 100th win for the top ranked Rubio. 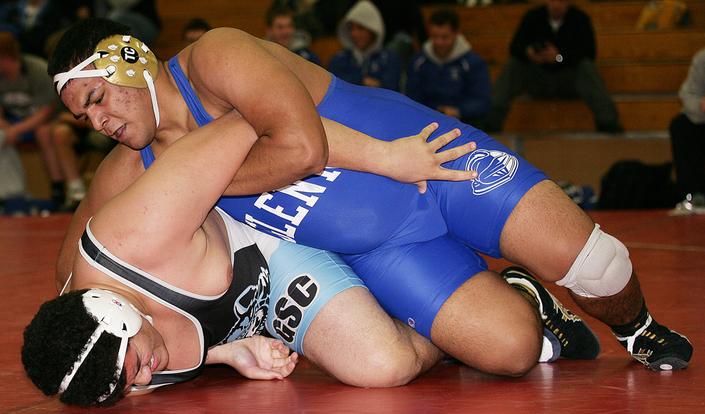 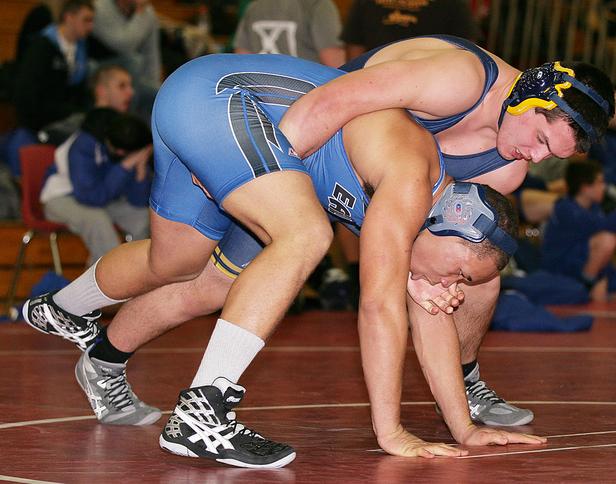 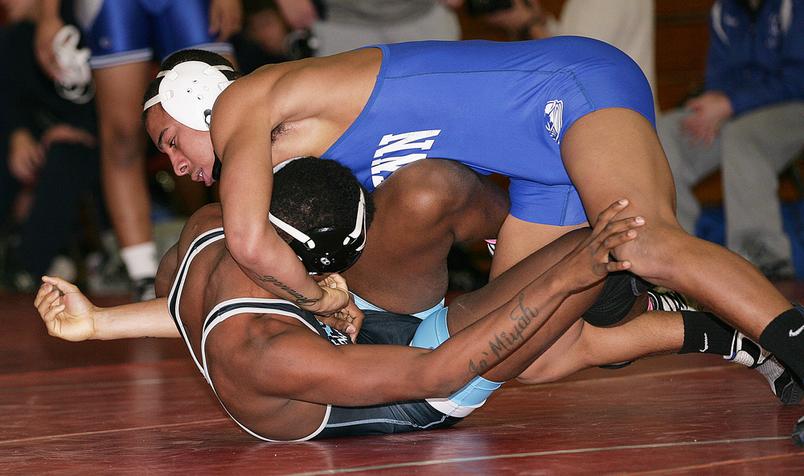 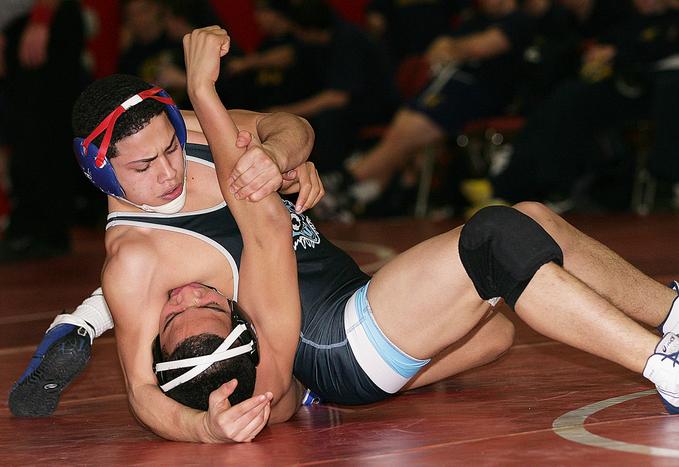 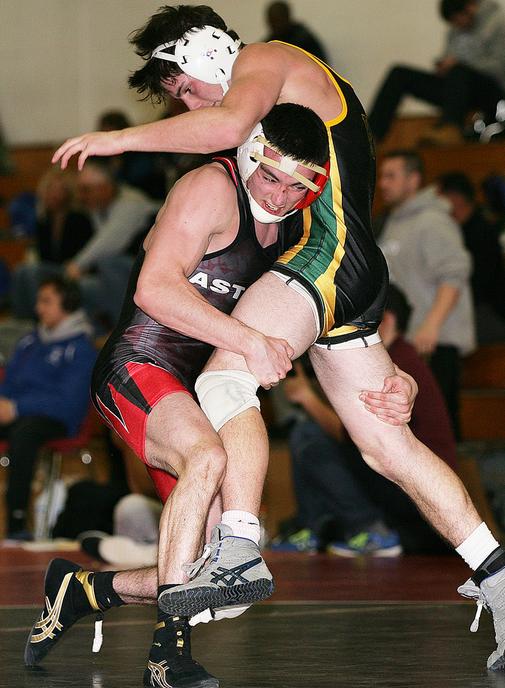 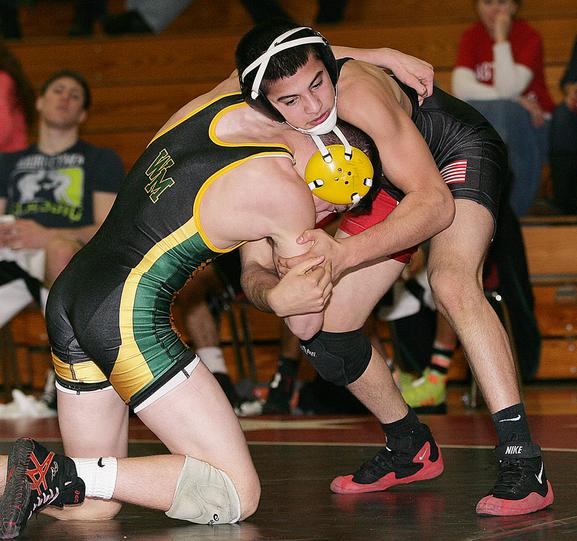 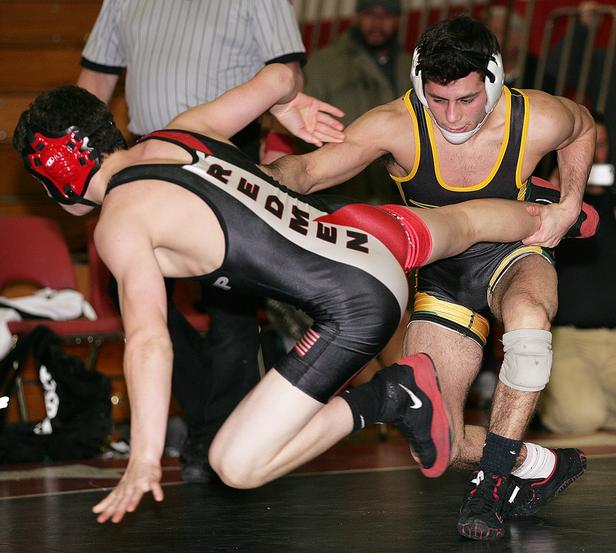 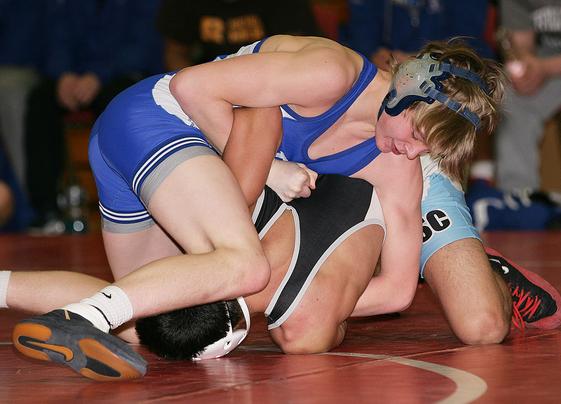 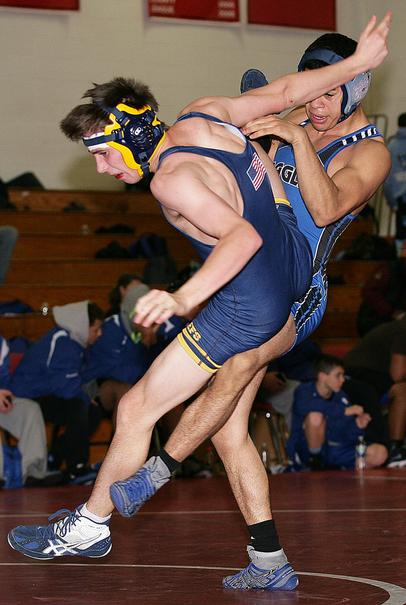 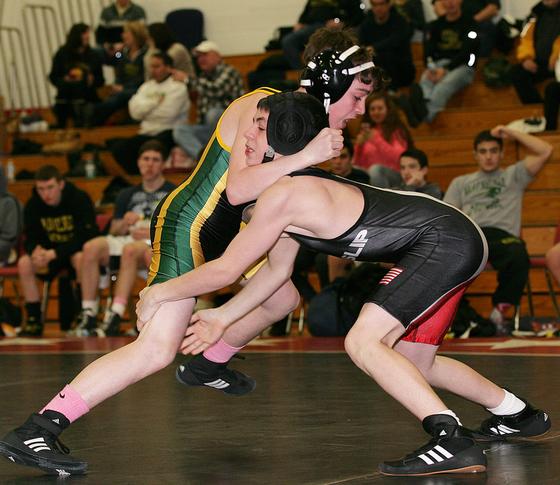