In an action-packed dual meet between cross-town rivals, that are a little less than 2 miles apart, Bayport-Blue Point prevailed with a 41-40 victory over League Six representative Sayville. The Phantoms won 8 out the 15 bouts contested and were paced by defending Division II champion Joe Sparacio who posted a fall at 106, along with other pin winners: Danny Horton (152) and Kenny Hannaford at 160. BBP's Shane Santoro was embroiled in a back-and-forth bout and converted a duck under, along with an ankle pick takedown for a pivotal 13-5 major decision at 132 pounds.

Sayville battled back with key victories turned in by Jacob Wolmart and James Mejia. Wolmart used a barrage of double-leg takedowns en route to a 16-5 major decision at 138 and Mejia clamped his opponent with a tight half-nelson at 145, and brought the team score to 20-16. The Golden Flashes all-county junior Joe Lopresti (24-1) registered a first period fall with a tight bar-arm at 182 and following a series of forfeits, Sayville took a 40-38 lead heading into the dual meet's final bout in the 99-pound class.

At 99 pounds, BBP's returning Division II finalist Max Gallagher scored first with a single leg takedown. Sayville's highly-touted Mack Murtha scored with a beautiful pancake takedown and took a 7-4 lead. After exchanging escapes, Gallagher scored with a snap-spin takedown  along with a tilt and emerged with an exciting 10-8 victory, much to the delight of the home town fans. This dual meet was simply great for wrestling - good competition and outstanding sportmanship was exhibited by both mat squads. 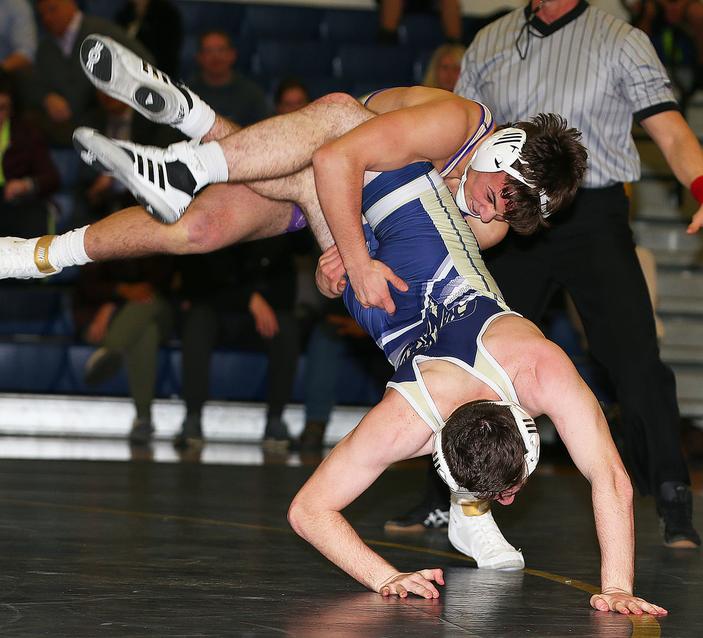 Bayport's Max Gallagher works for control against Sayville's Mack Murtha. Gallagher, the top ranked Division II wrestler in Suffolk at 99 pounds won 10-8 in a barn burner of a match.

Joe Sparacio of Bayport stays in control over Sayville's Yirdaw Rivera. The #1 ranked Sparacio picked up the fall at 106 pounds. 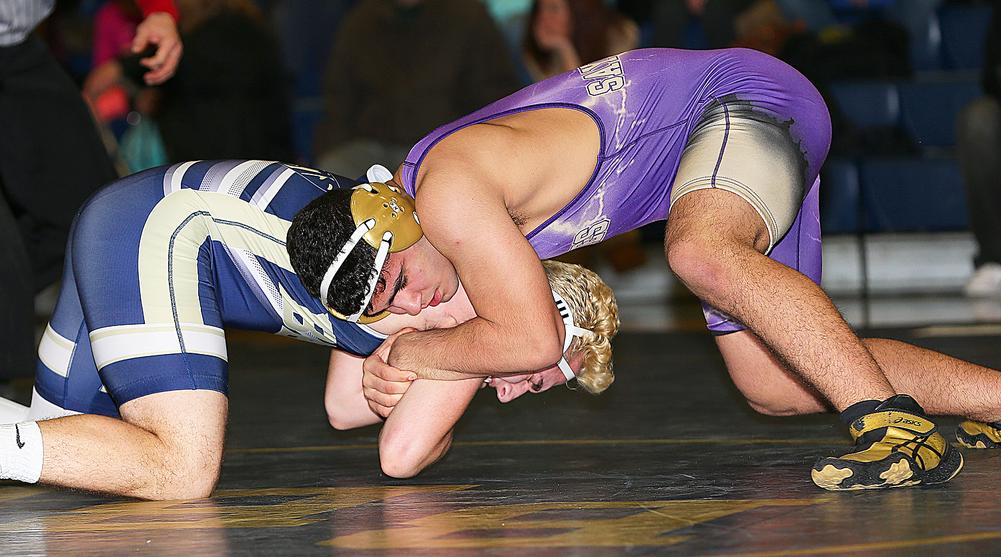 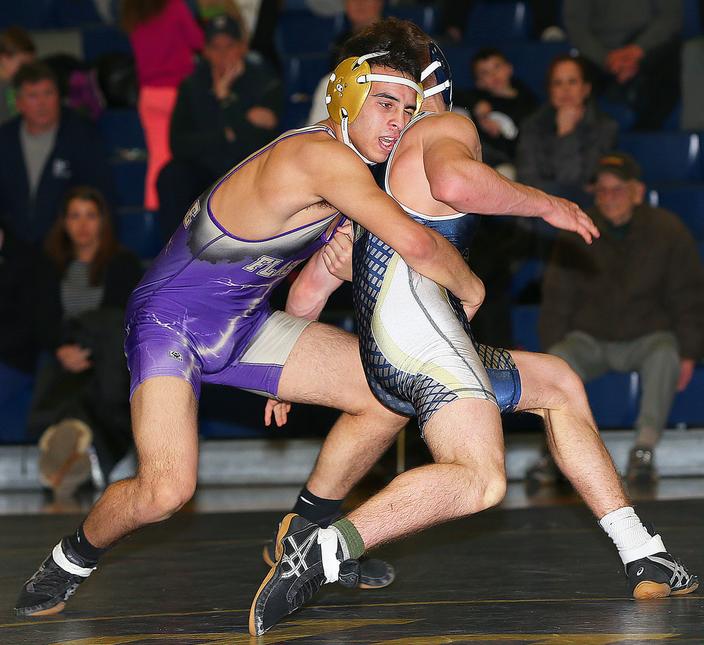 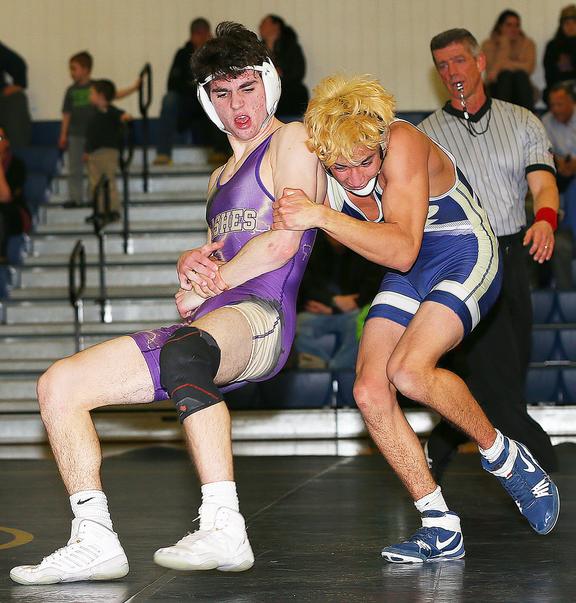 Sayville's Joe Lopresti, ranked 3rd in Suffolk's Division I, improved to 24-1 with a fall at 182 pounds. 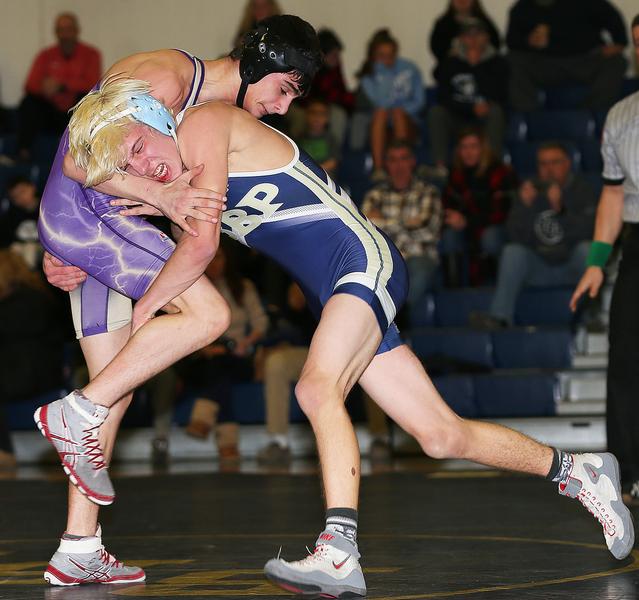 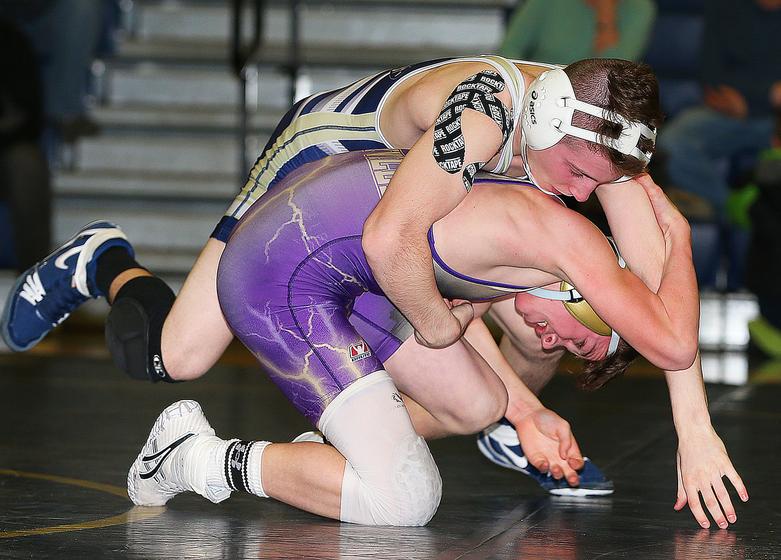 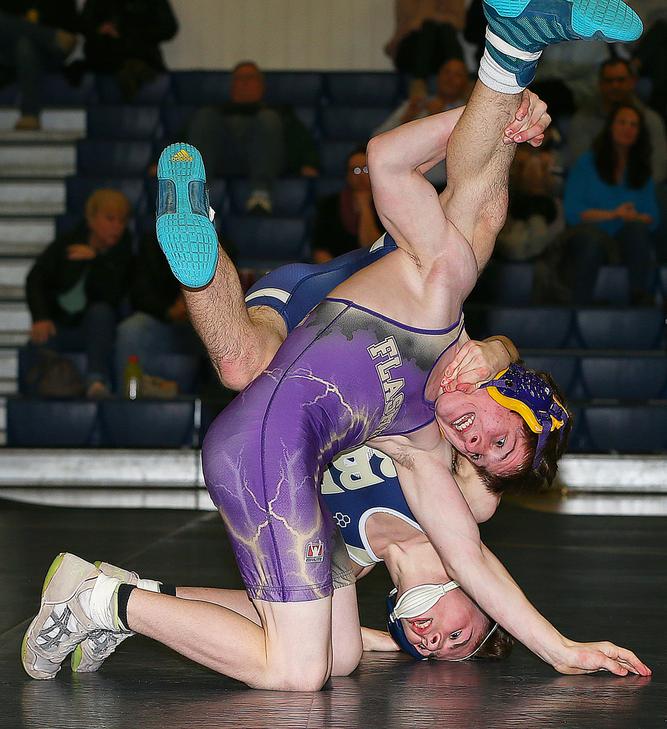 Bayport's Michael Kilgen works for his takedown at 120 pounds to secure a 15-4 victory. 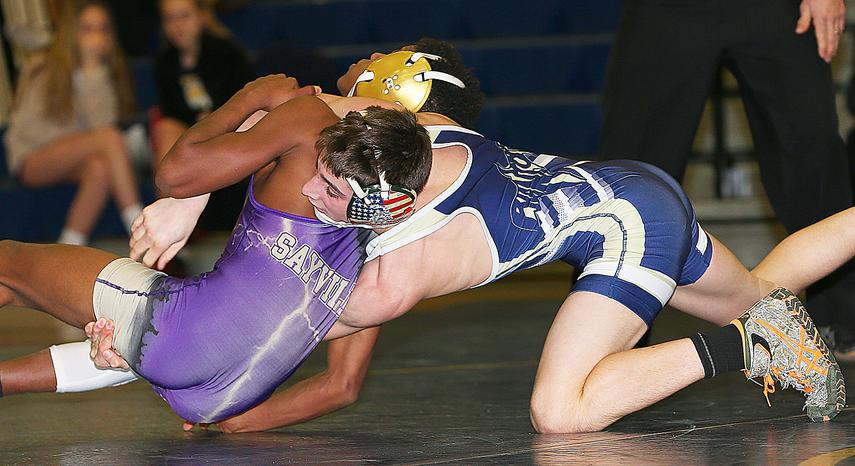