Chaminade (1-1) won 10 of the 15 bout contested and were led by Long Island ranked Christian Briody who used a barrage of takedowns en route to a solid 16-5 major decision at 138 pounds. Southside's eighth-grader Kyle Mosher, a potential Nassau finalist, had an impressive 17-1 tech fall with a repertoire of near falls in his 99-pound bout. In a match of two highly-regarded heavyweights, Southside's Jason Dantona reversed Alex Cappelino to knot the score at 2-2 and eventually secured a first period fall in the 285-pound class. The Flyers hosted the dual and it was their annual Alumni match which including members of the 1991 championship squad. Former head coach George Dlugolonski welcomed back Jose Prinze, Michael Giuffreda and two-time NYS place-winner Rob Donnino as just a few in attendance at the dual meet. Coach Cole and the Flyers next home dual is against CHSAA rival St. Anthony's on January 7th at 4:30 PM... 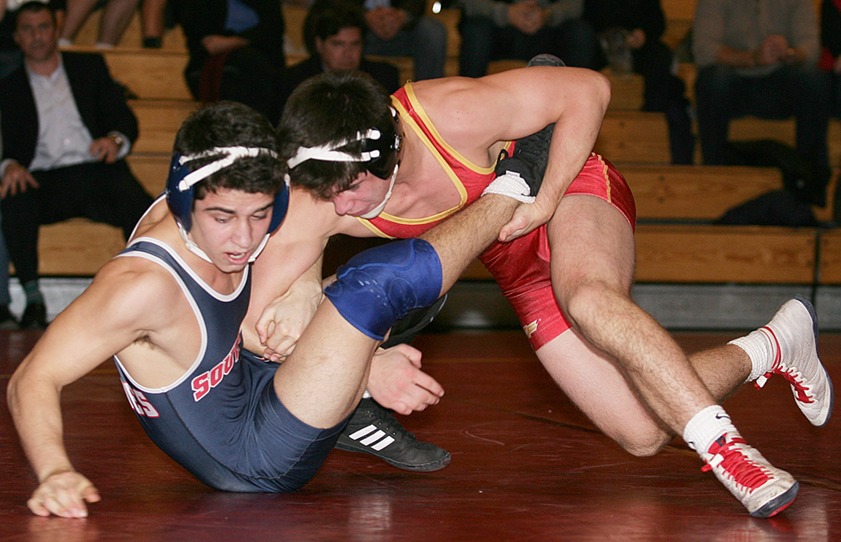