Pat-Med's Chris Rivera, ranked third in Suffolk County, works his half to a second period fall at 113 pounds. 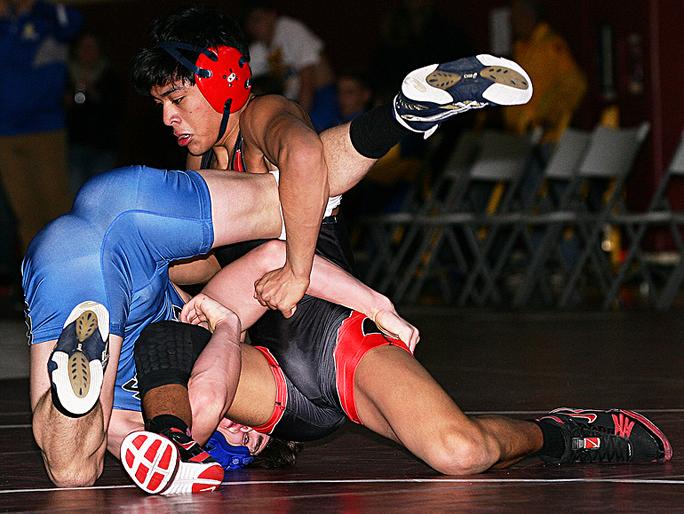 Suffolk's second ranked Chris Gomez of Patchogue-Medford works for a reversal en route to a decision at 145 pounds in the Cliff Clark Duals in Bay Shore. Patchogue-Medford picked up the opening round win over Copiague 42-31. 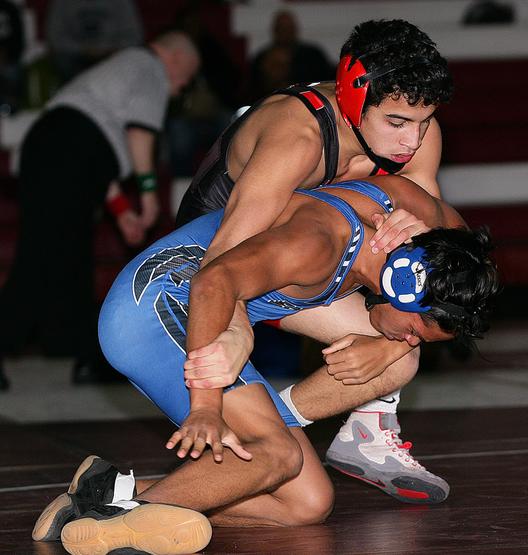 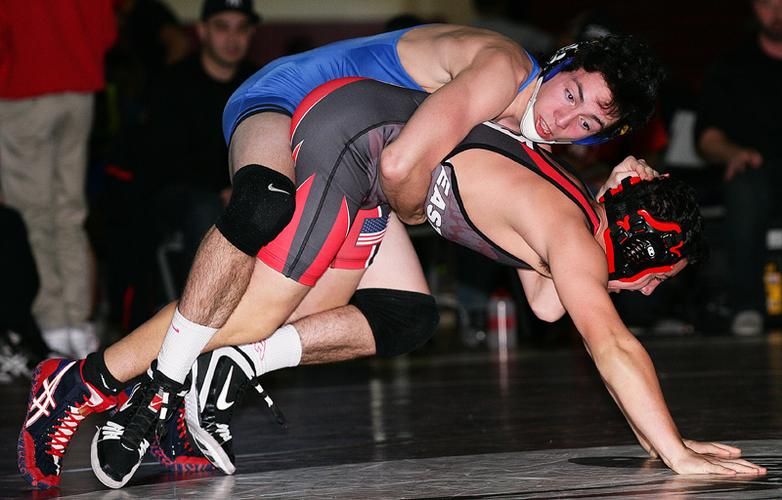 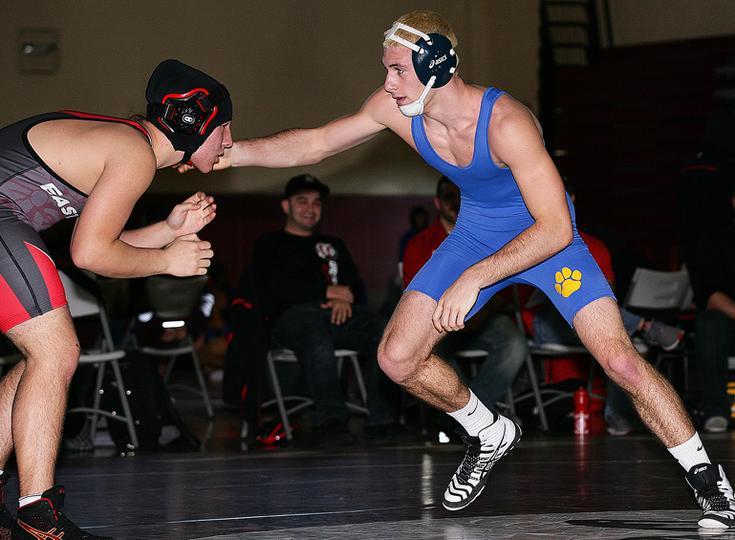 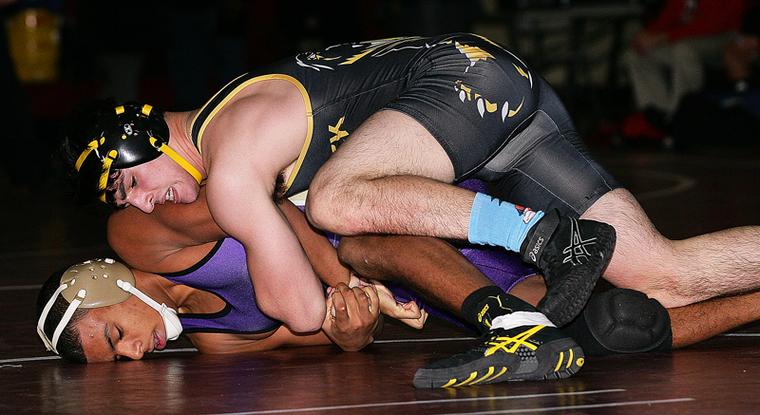