MAT NOTES:
Commack (5-0) defeated host Connetquot, 38-28, in a League II rival showdown dual amongst the top mat squads in Suffolk County. The Cougars won eight of the 15 contested bouts and were paced by county finalist Jake Eckerle who used a barrage of half-nelsons to secure the fall at the 3:08 mark in his 126-pound bout, along with top-ranked Gavin Demasco who registered a first period pin at 138 pounds, both standouts upped their season marks to 5-0. Commack head coach Mike Guercio (now in his 10th year at the helm) and able assistant coach Frank LaMagna also had top performances turned in by; Vin Milazzo (113)  who turned a scramble takedown into an overhead cradle for an 8-2 verdict in the opening bout of the dual, Michael Waxman, a pin winner at 145, Marino Mancuso who used a series of takedowns en route to an 18-0 tech fall at 152 and lightweight Vicilly Ragavonis who used a tight bar-arm to secure a fall in the 99-pound class and clinched the victory for the Commack Cougars.

Connetquot was led by all-county matmen: Steven Wilkinson and Dalton Otto Wilkinson scored with a power double leg takedown to defeat county placer Luke D'Angelo 6-0 in a pivotal match at 120 and Otto clamped his opponent in 40 seconds at 132 pounds. The T'Birds head coach Bill Santoro (now in his 46th season) is  the longest reigning coach in Suffolk County, along with longtime assistant Anthony Melfi also had solid showings from Ed Stepanek, with a 8-0 major decision at 220 and highly-touted and unbeaten Sean Schaller (4-0) with a tight cross-face cradle to secure a first period fall at 285 pounds.In the closing match of the dual Miguel Lozano rallied with a single leg scramble takedown and emerged with an exciting 10-8 overtime victory in his 106-pound bout. 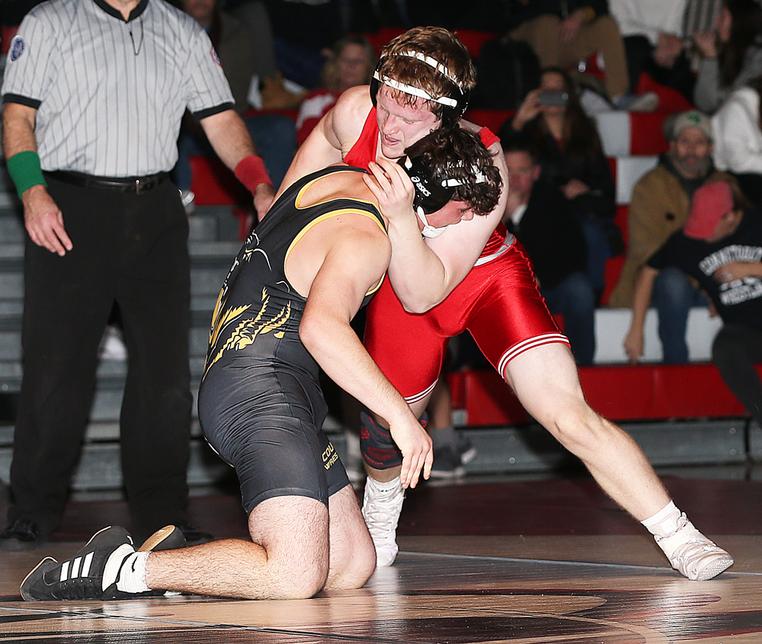 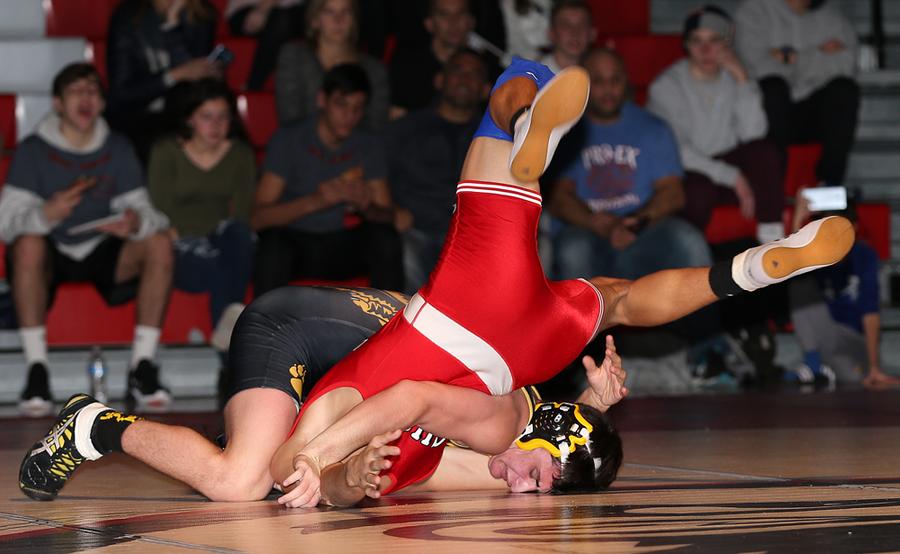 Bill Santoro at the helm for Connetquot for 46 years. 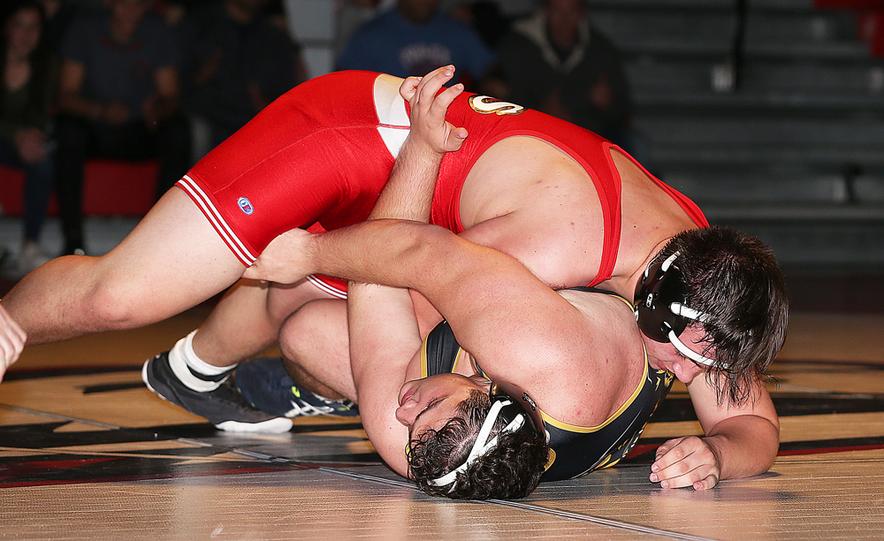 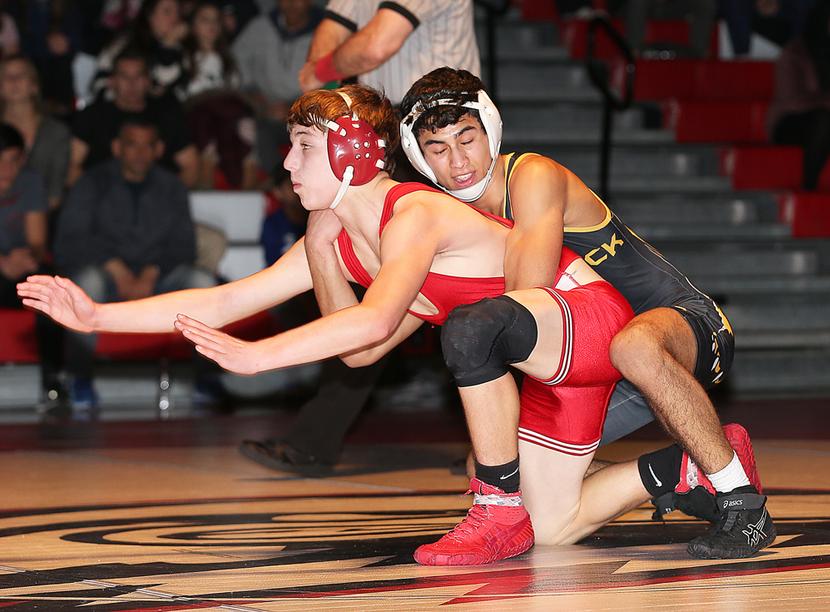 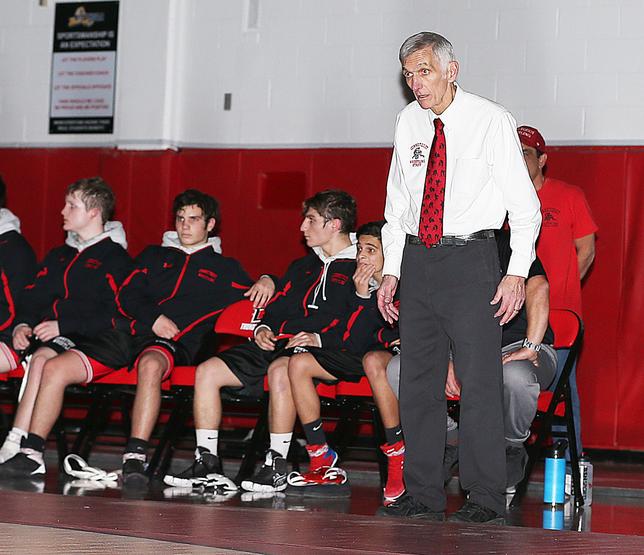 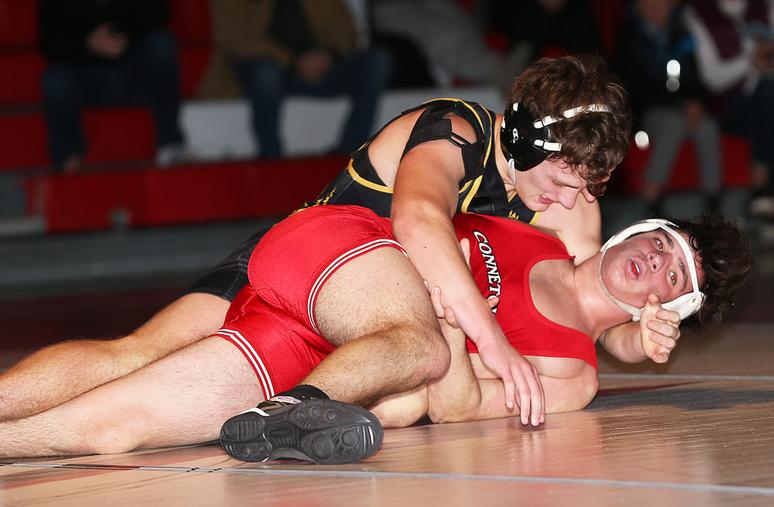 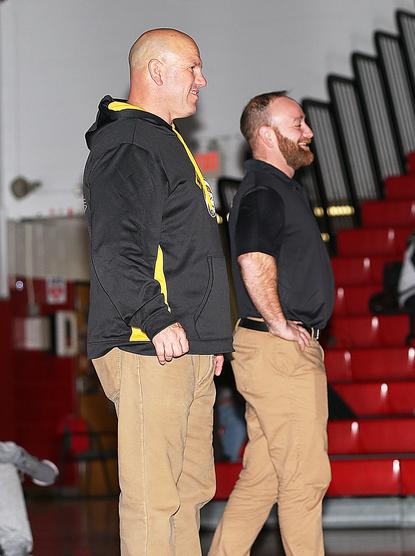 Connetquot's Steve Wilkinson is in on Commack's Luke D'Angelo at 120 pounds. Wilkinson won this battle 6-0. 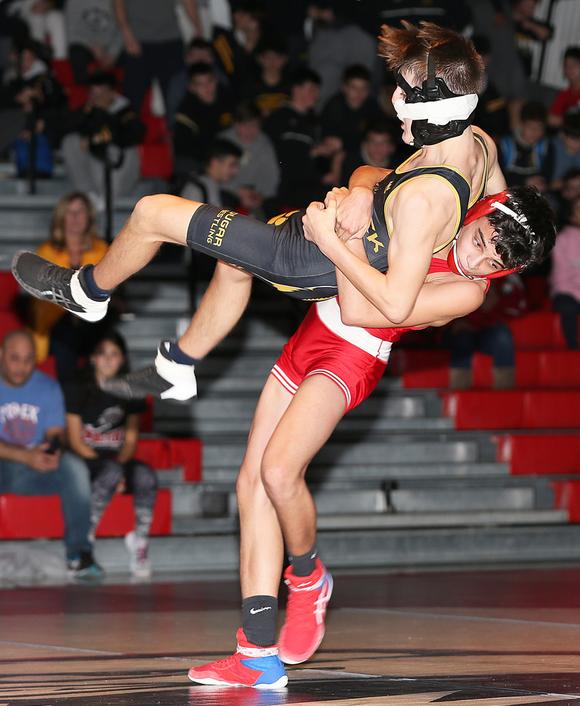 Commack's Michael Waxman picked up a fall at 145 pounds. 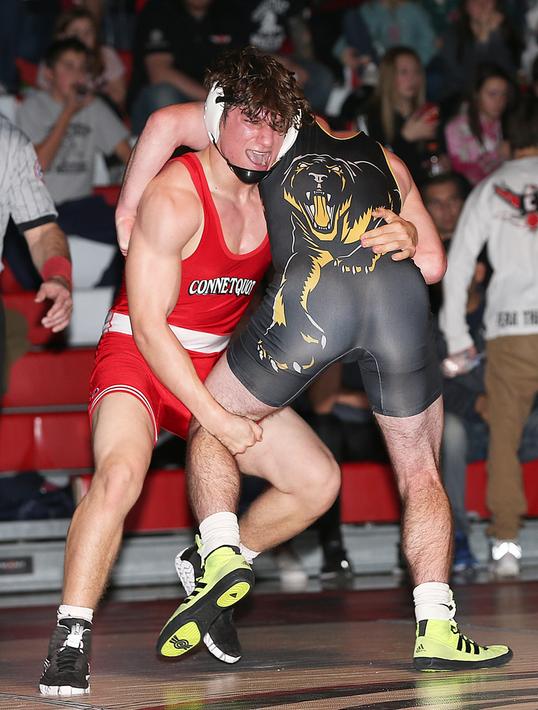 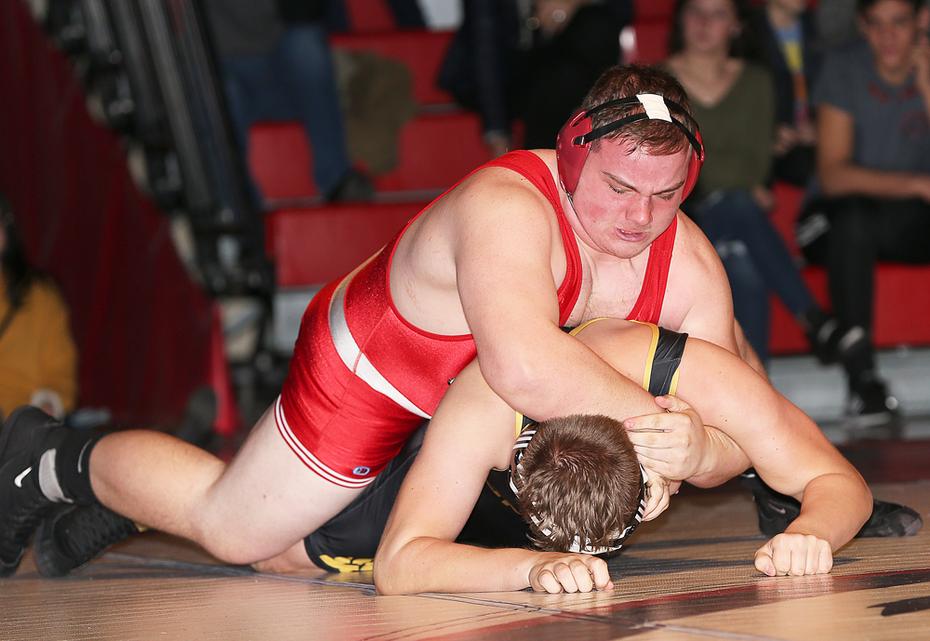 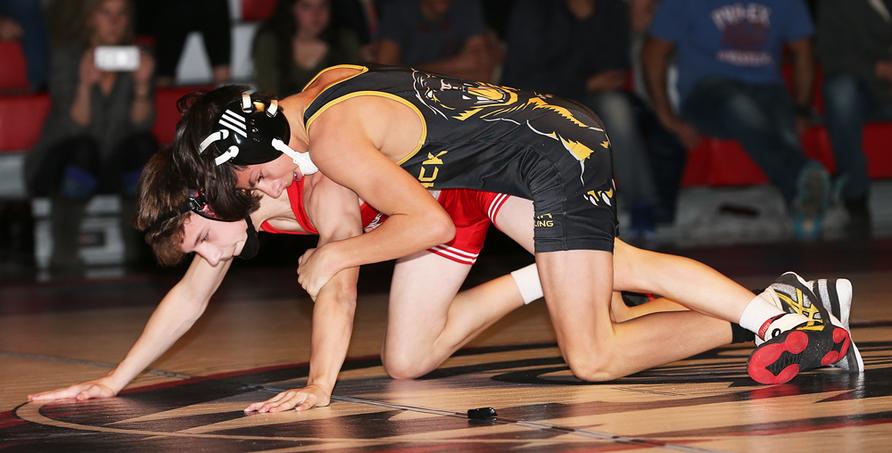 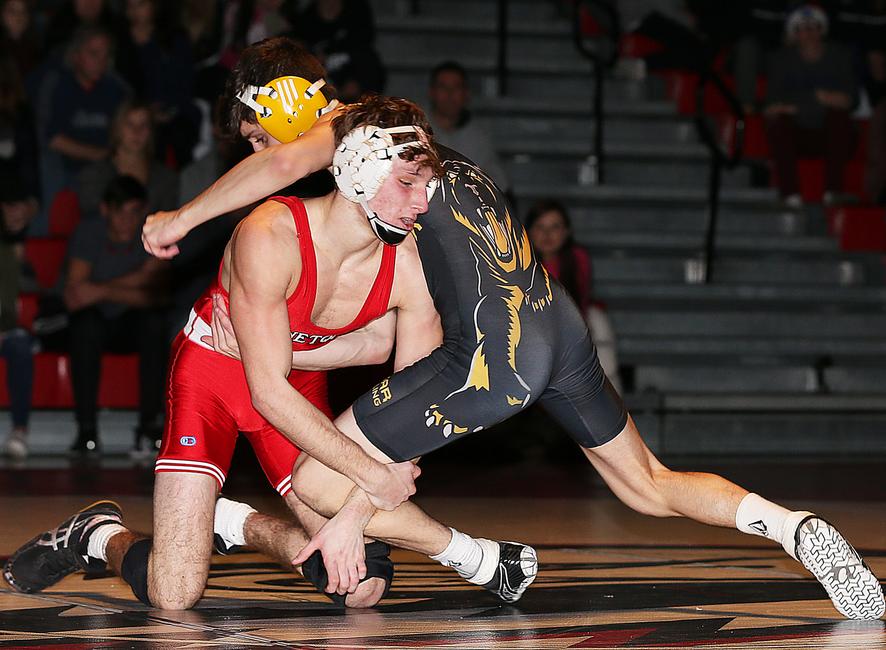 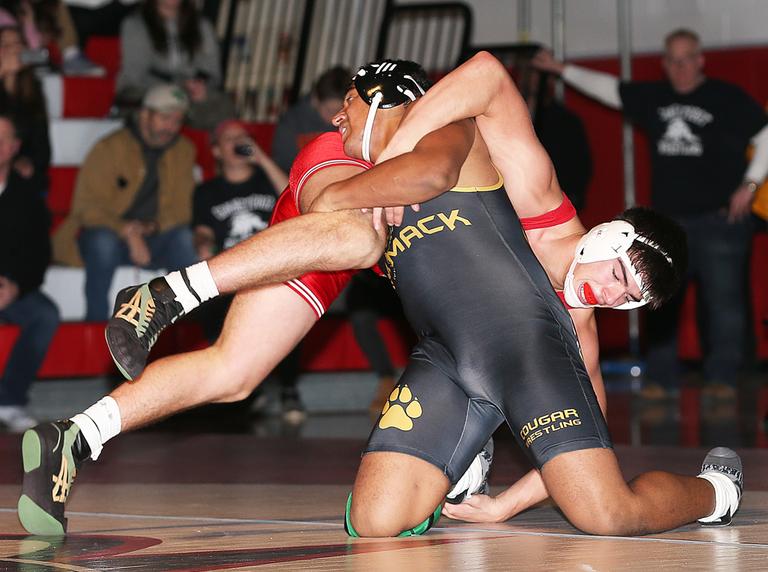 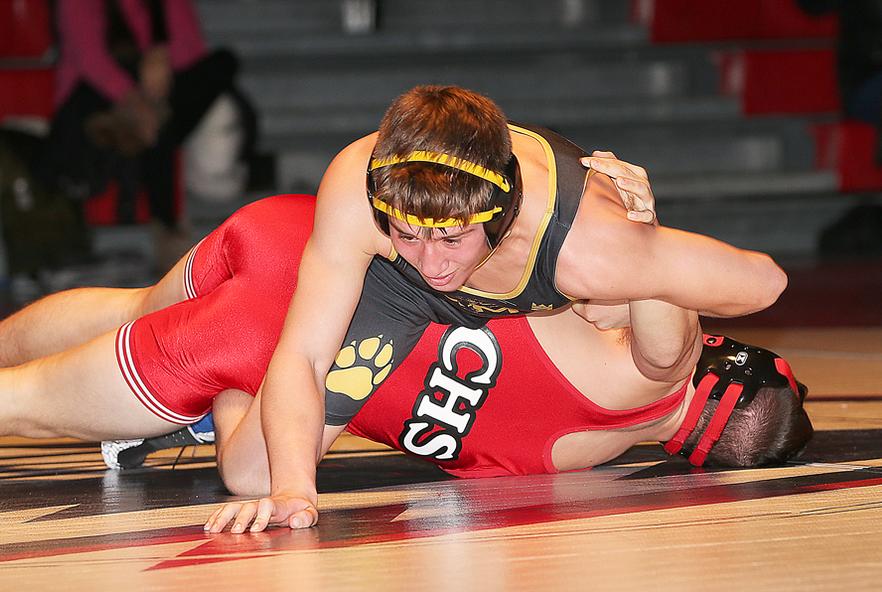 Connetquot's Sean Schaller works his power half for a fall at 285 pounds. 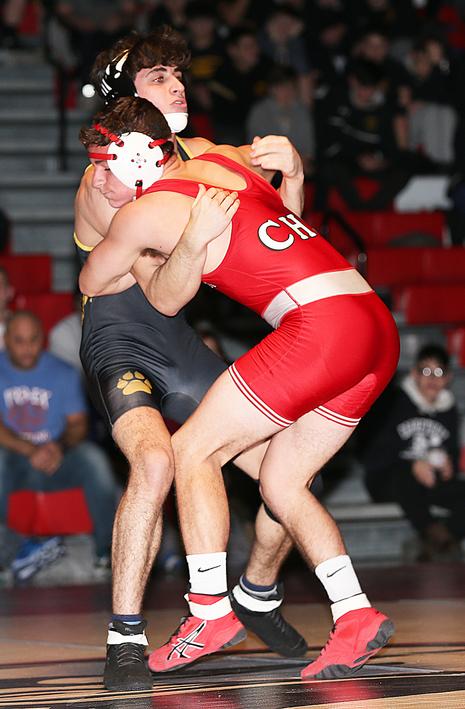