Lindy's Nick Gianneli picked up a fall at 170 pounds.

Connetquot (6-1) defeated rival Lindenhurst in a League II showdown dual before a large turnout for host Connetquot's Alumni night. The T'Birds won ten of the 15 bouts contested and were paced by all-county matmen Steven Wilkinson (120) and Will Obert-Thorn (132). Connetquot also registered three first period pins: David Muchnick (160), Kevin Jorgensen (182) and highly-touted Sean Schaller. Schaller scored with a strong double-leg takedown and clamped his opponent at the 1:28 mark in his 285-pound bout. Connetquot head coach, Bill Santoro, is a member of the National Wrestling Hall of Fame and is now in his 41st year at the helm.

Lindenhurst rallied with three falls by outstanding upperweights: Nick Gianelli (170), Jack Winey (195) and Jeff Perez with a fall at 220 and brought the team score to 30-21 in favor of host Connetquot.

Both Connetquot and Lindenhurst are ranked amongst the top ten teams in Suffolk County. Both squads will battle for the team title in the League II Tournament in February.

Connetquot's Sean Schaller put the match out of reach with his pin at 285 pounds. 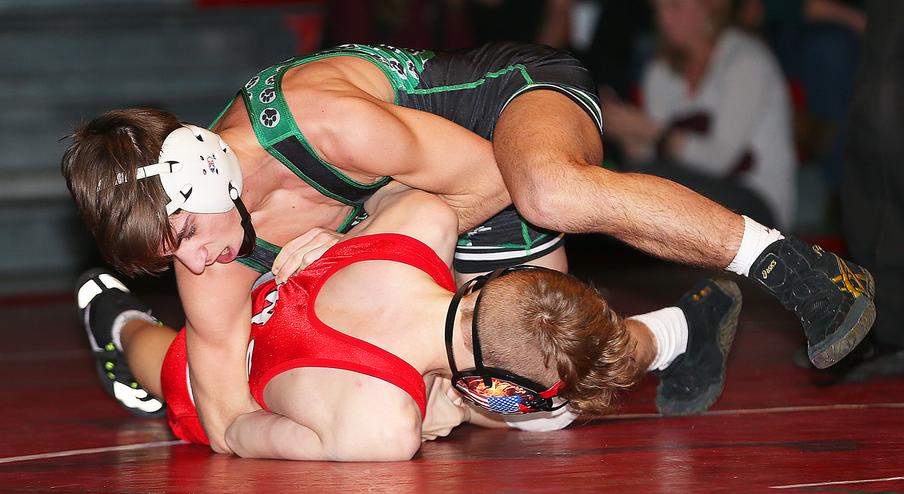 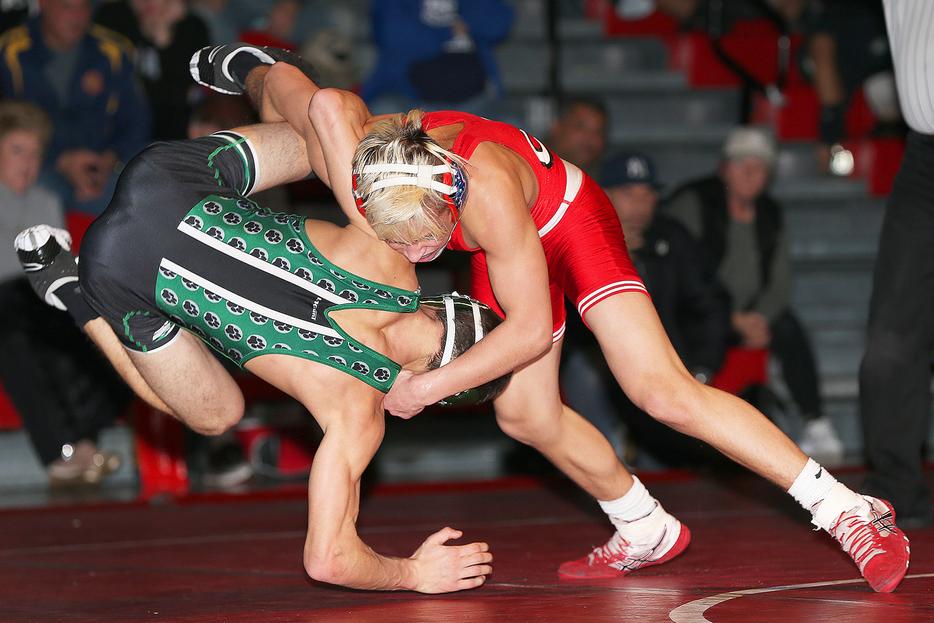 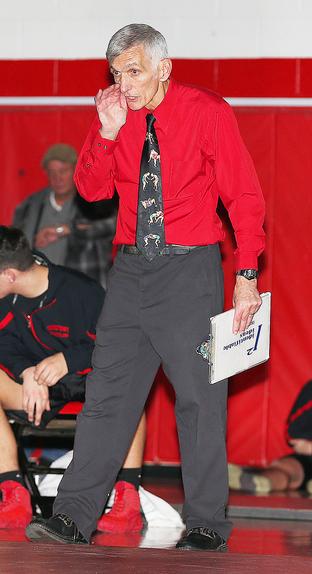 Connetquot's Christian Paredes finished off the dual meet with this throw to a fall at 113 pounds as The Thunderbirds took the dual. 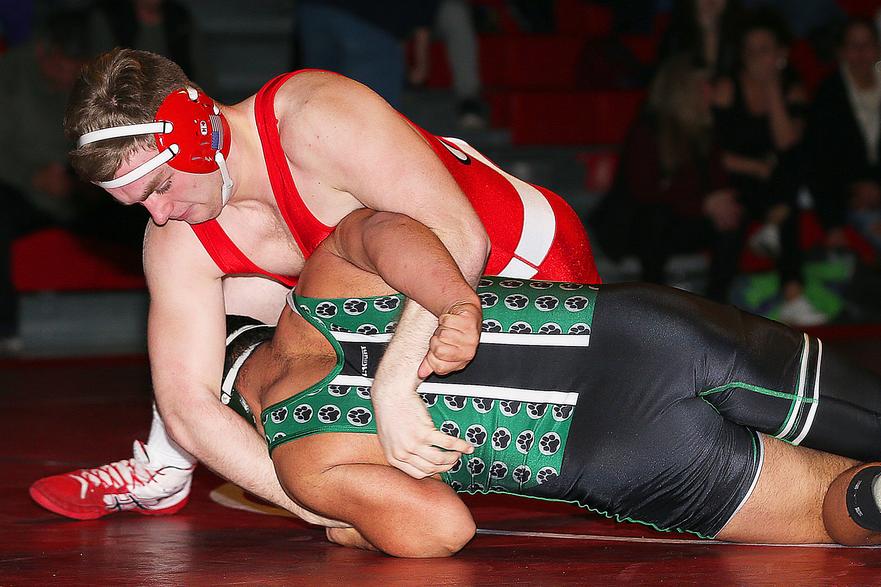 Kevin Jorgenson of Connetquot picked up a key pin late in the match to put his team up 30-9. 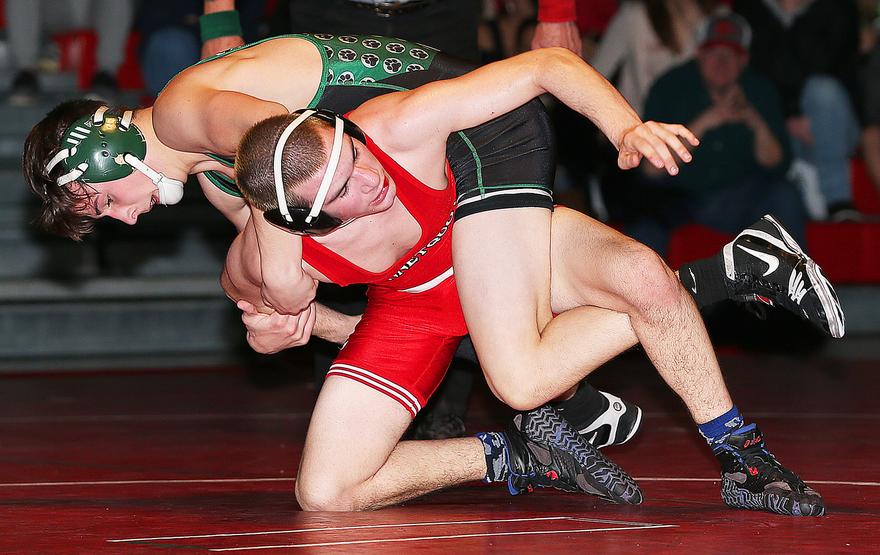 Connetquot coach Bill Santoro in his 41st year at the helm.