Lehigh (88.5 points) leads defending champion Cornell (80) at the 114th annual EIWA Championships at the David S. Mack Sports Complex on the campus of Hofstra University. Both elite squads pushed eight wrestlers into the semifinal round.

Defending NCAA champion Darian Cruz (24-0) at 125 of Lehigh used a barrage of double leg takedowns and a key pancake en route to a 5:42 pin over Navy's Asian Kilic in the quarterfinals. True freshmen Austin DeSanto (28-4) of Drexel and Cornell's Yianni Diakomihalis (30-1) at 141, both advanced to the semifinal round. DeSanto used his snap spin takedowns for a 22-7 tech fall over Hunter Kosco (Brown) and Diakomihalis used his slick duck under- single leg takedowns along with his tight ride and a series of tilts for a solid 18-3 tech fall over Pat D'Arcy (Princeton). His Big Red teammate top-seeded Ben Darmstadt (25-1) posted two first period pins of 1:10 and a quick :51 second fall with a Schalles hip toss over Navy's Steban Cervantes in the quarterfinals and cruised into the semifinal round.

Princeton's Mike D'Angelo (21-7) at 157 and Michael Hughes (33-2, 109-43 career) of Hofstra also earned semifinal berths. D'Angelo edged Army's Lucas Wieland 6-4 at 157 and Hughes pinned Sean O'Malley (Drexel) in the prelims and won on an injury default over Ian Butterbrodt (Brown) in the quarterfinals. Hofstra sits in 12th place with 30 points. The Pride have two wrestlers vying for EIWA honors: Ryan Burkert (10-10) at 149 and Sage Heller (15-12) in the 174-pound class. The attendance for the opening day two sessions was 2,385 dedicated wrestling fans. 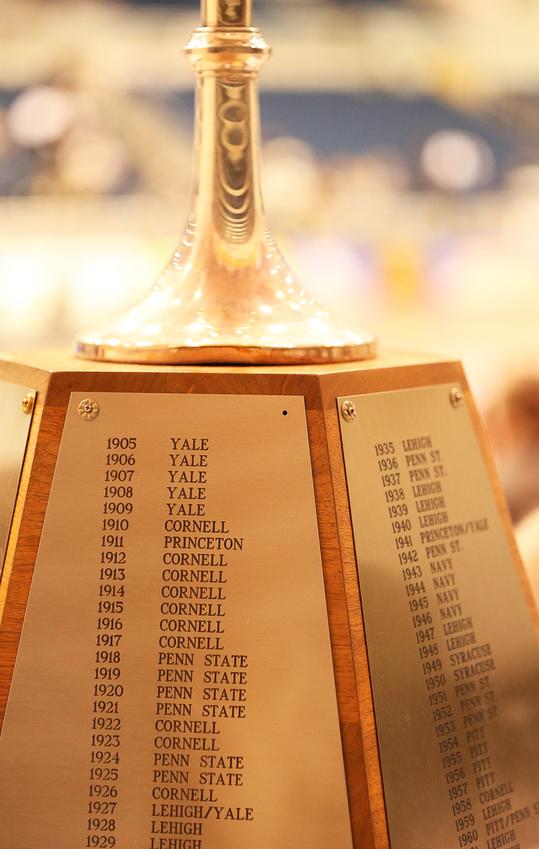 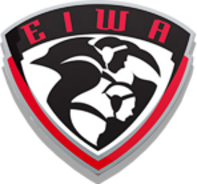 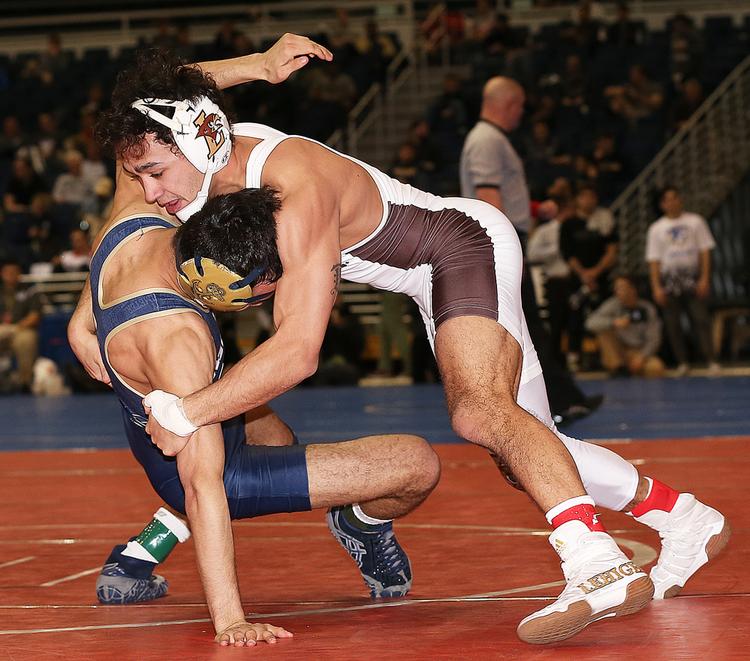 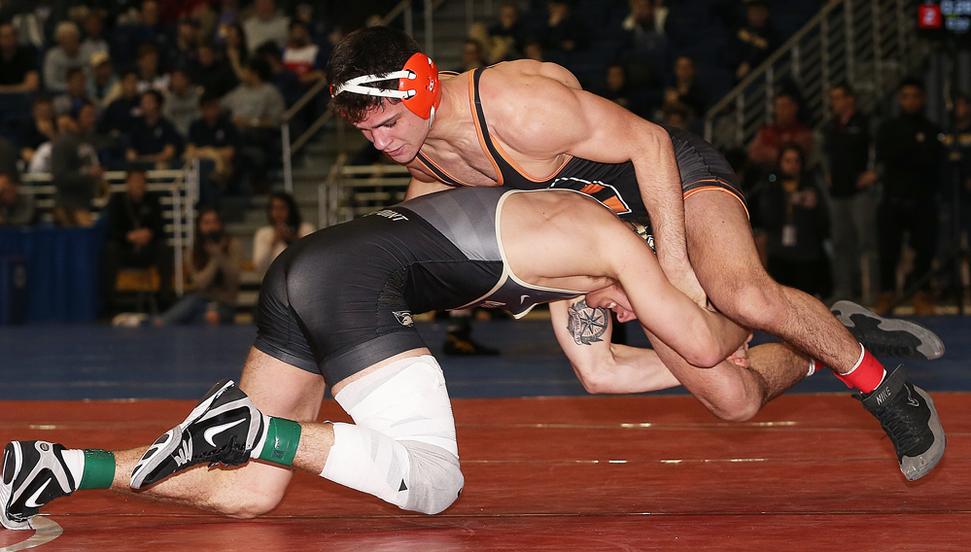 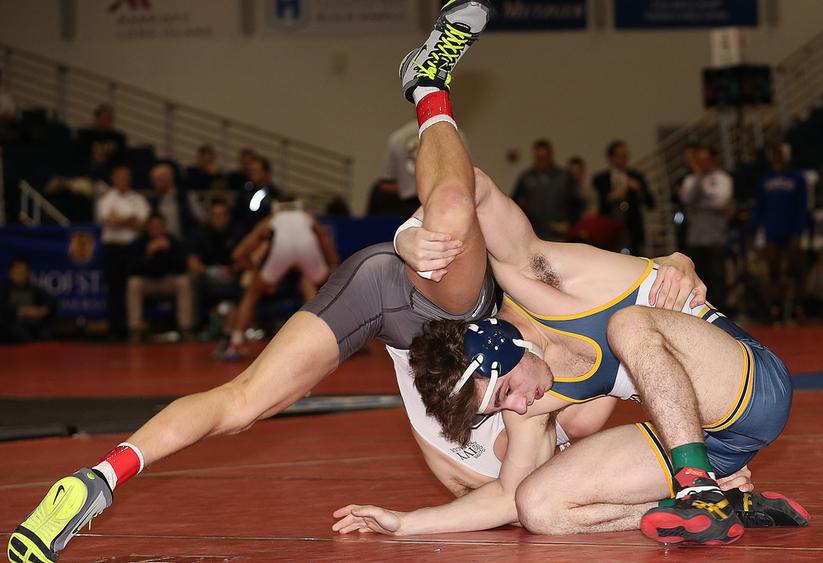 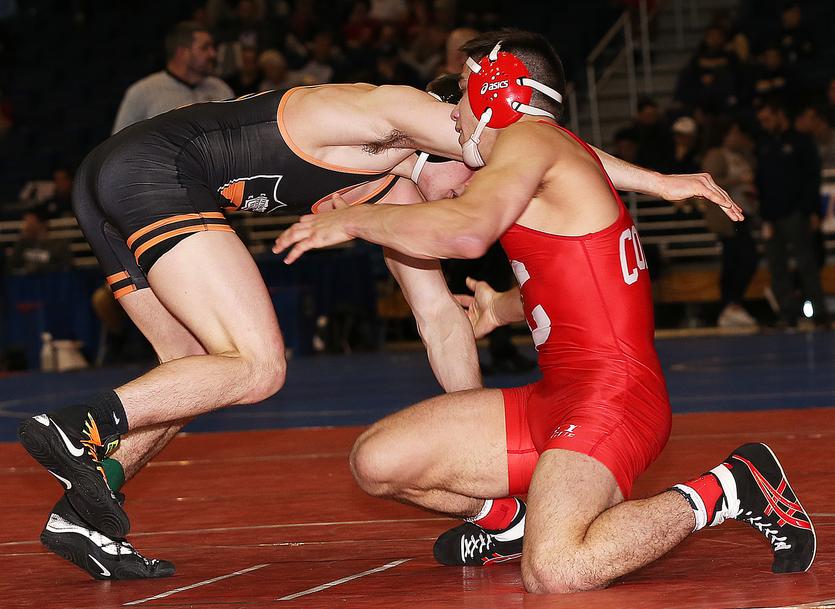 The coveted EIWA trophy since 1905.

Lehigh's Darian Cruz picked up a fall to advance into the 125 pound semifinals in the EIWA Tournament being held at Hofstra. 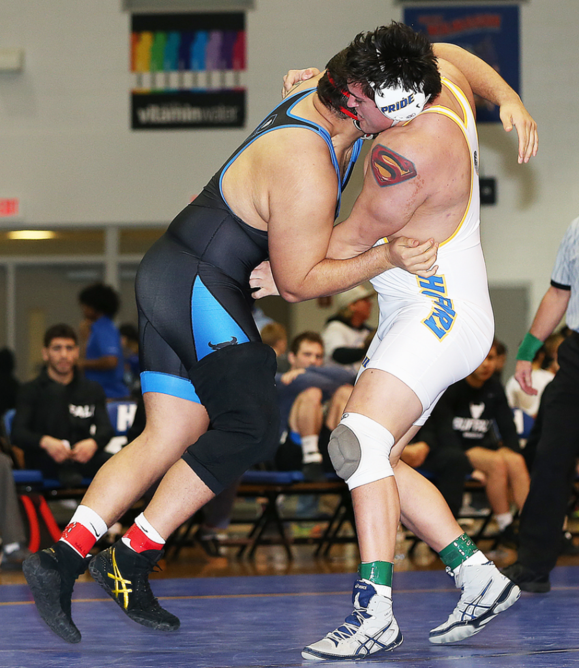 Hofstra's top-seeded Michael Hughes (33-2), improved his carrer mark to 109-43 and advanced to semifinals, he is looking to win his first EIWA title at 285 pounds..

Austin DeSanto of Drexel works for an escape at 133 pounds en route to a semifinal berth at the EIWA's.

Yianni Diakomihalis used his lightning quick duck under to score a technical fall in the 141 pound quarterfinal. 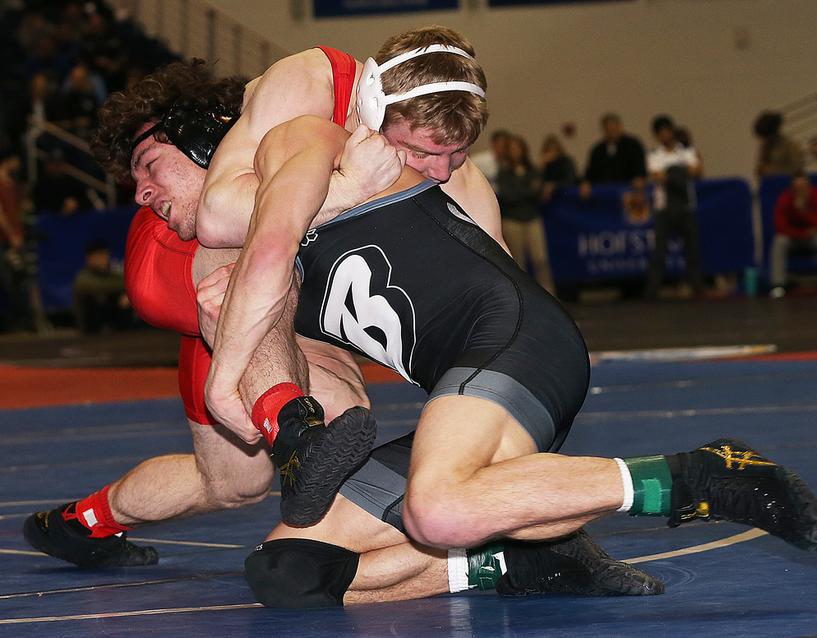