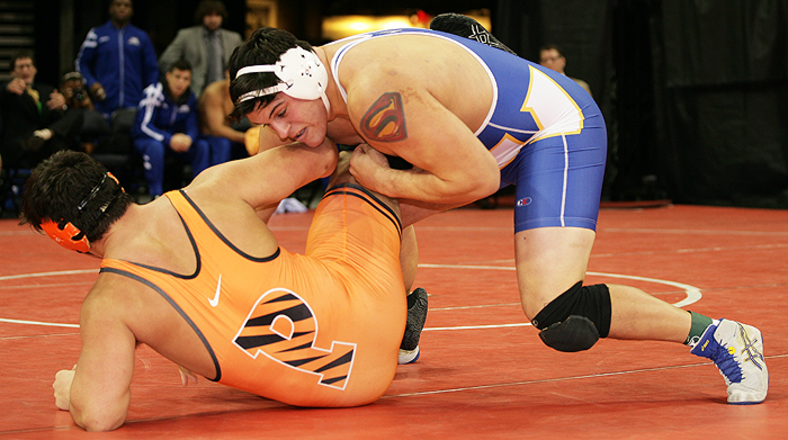 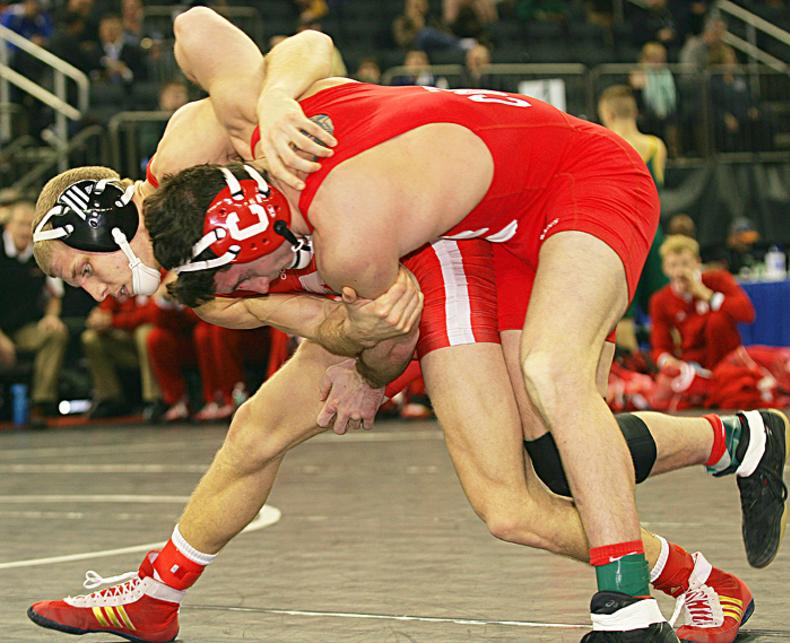 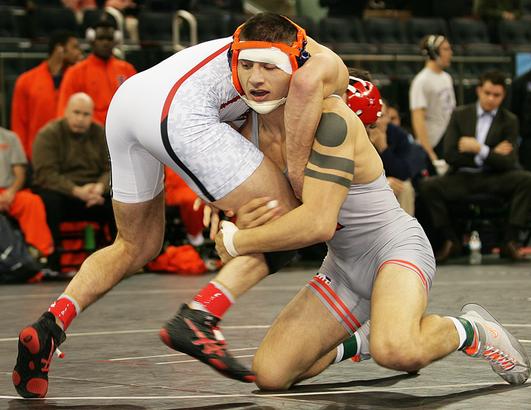 CORNELL FOR A LOSS

Anthony Abidin of Nebraska works for a throw on Mark Gray of Cornell. Abidin won this 141 pound match-up 18-5 as the Cornhuskers took the dual 21-14. 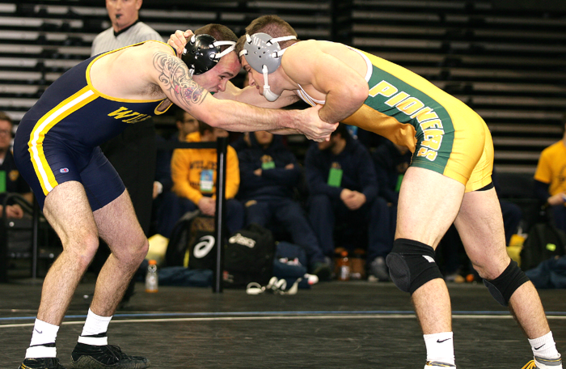 Michael Hughes of Hofstra takes down Ray O'Donnell of Princeton to secure a 4-2 decision at heavyweight. 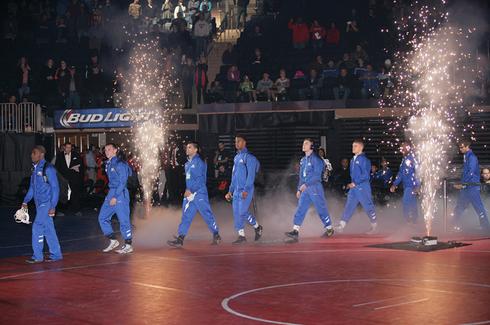 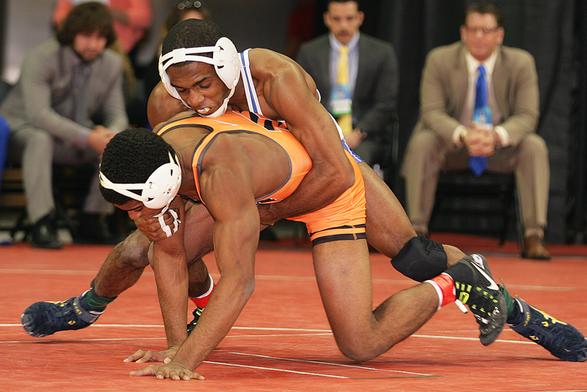 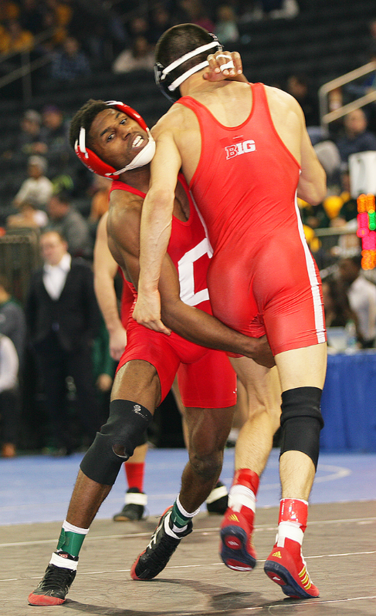 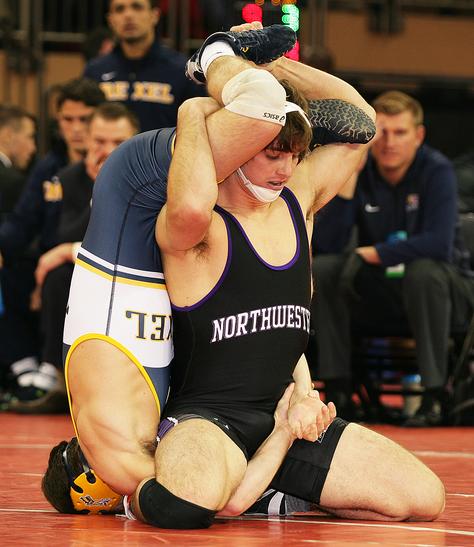 Fourth-ranked Nebraska (6-0) upended Cornell, 21-14, at the 4th annual Grapple at the Garden in one of the marquee duals of the event. The Cornhuskers were paced by Long Island native Anthony Abidin (Hills East) who turned in a solid 23-5 rout at 141 pounds. The Big Red got top performances by AA Nahshon Garrett (133), NCAA finalist Brian Realbuto (174) and unbeaten NCAA champion Gabe Dean (7-0) in the 184-pound class.

Princeton won seven of the ten bouts contested to roll with a 33-9 victory over host Hofstra. LI product Mike D'Angelo (Commack) posted a 3-2 win at 149. Hofstra's Jamel Hudson scored with a key late double takedown to eke out a wild 14-13 decision at 141pounds. Other Pride winners were Frank Affronti (174) who recorded a 2-0 decision for this 11th victory on the season and NYS Intercollegiate champion Michael Hughes who upped his record to 12-2 on the year at 285 pounds. 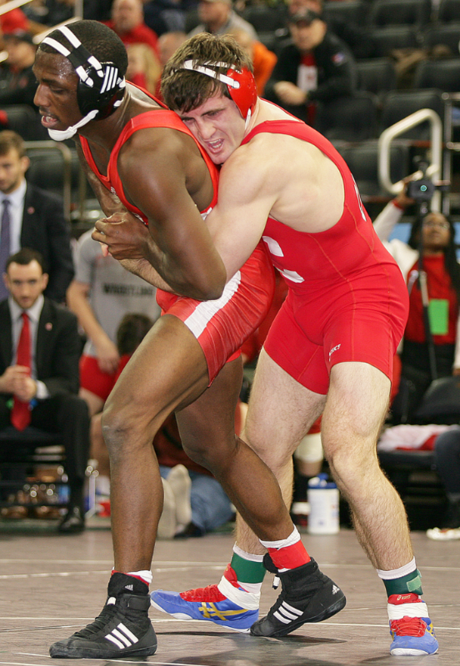 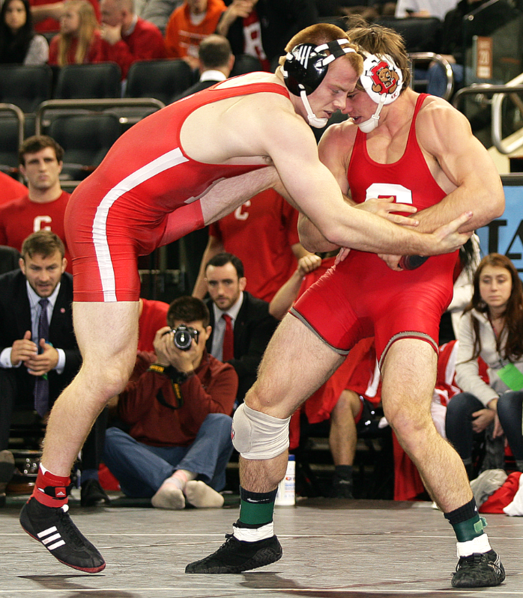