Dennis Papadatos leads his fired up Hofstra Pride onto the mat to take on University of Maryland in the Grapple at the Garden.

Northern Iowa's Dylan Peters has Nashon Garrett's leg but wasn't able to score as Garrett went unbeaten on the day.

Hofstra's Jermaine John comes out the back door to win 6-4 at 184 pounds.

Cody Ruggirello of Hofstra works his bar arms for a fall at 149 pounds.

Gabe Dean of Cornell needed this takedown over Victory Avery to win it in overtime at 184 pounds. 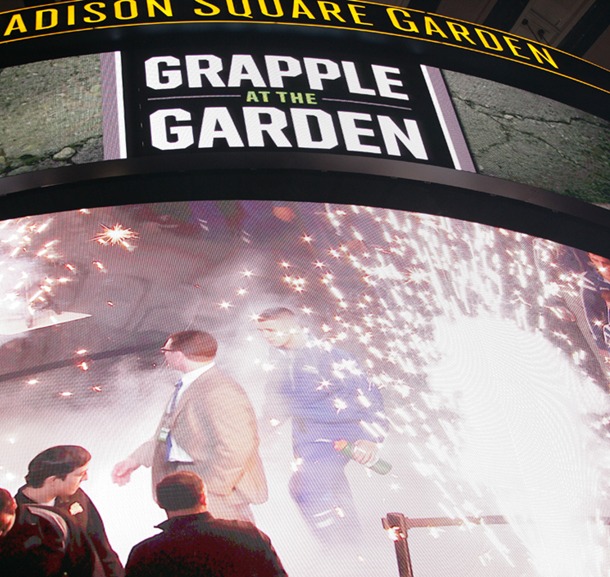 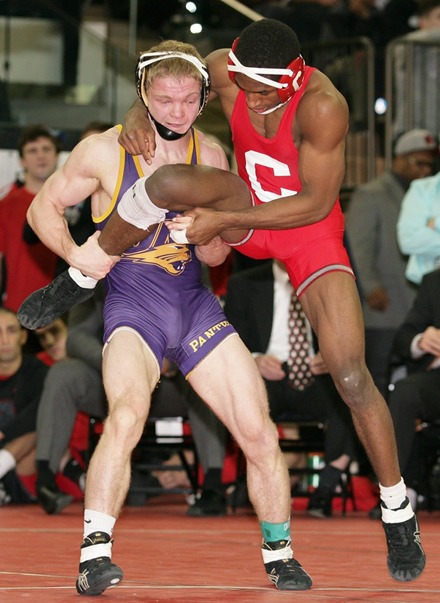 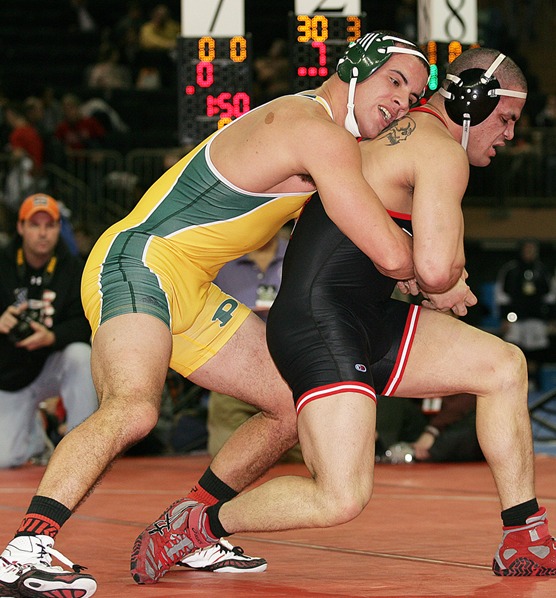 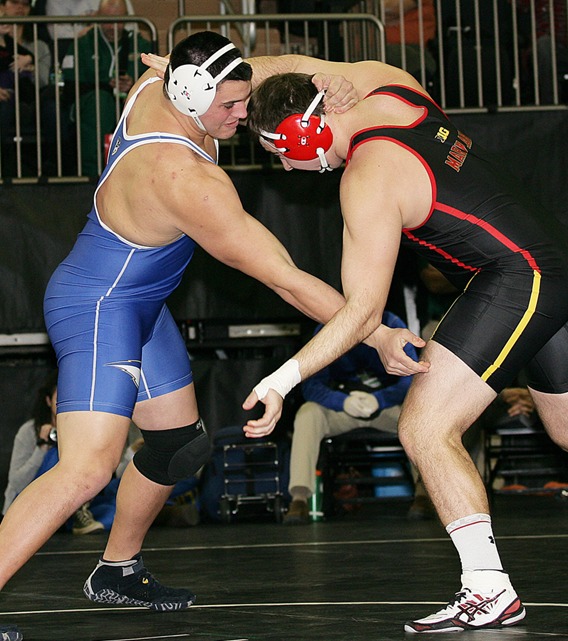 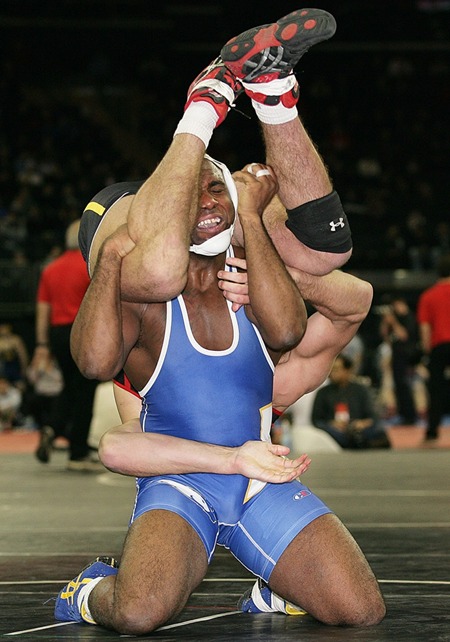 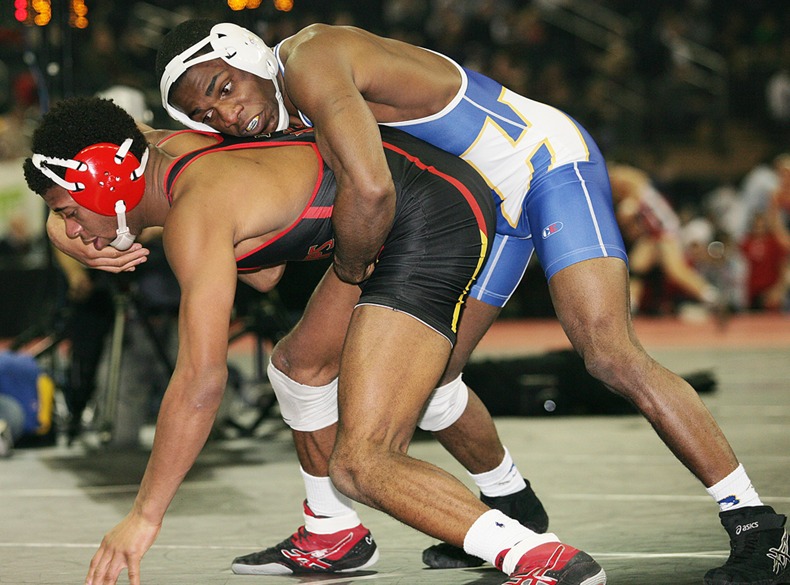 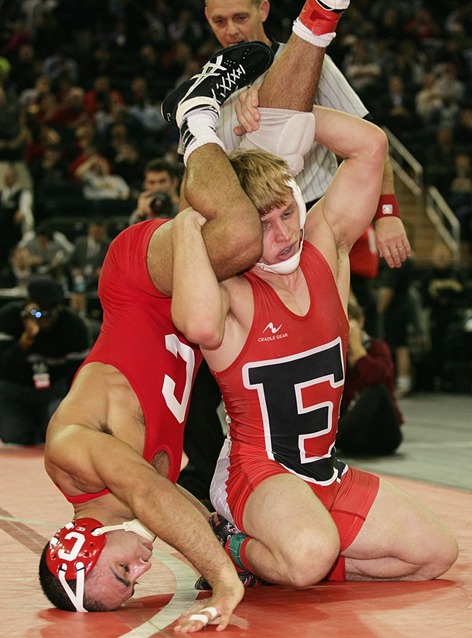 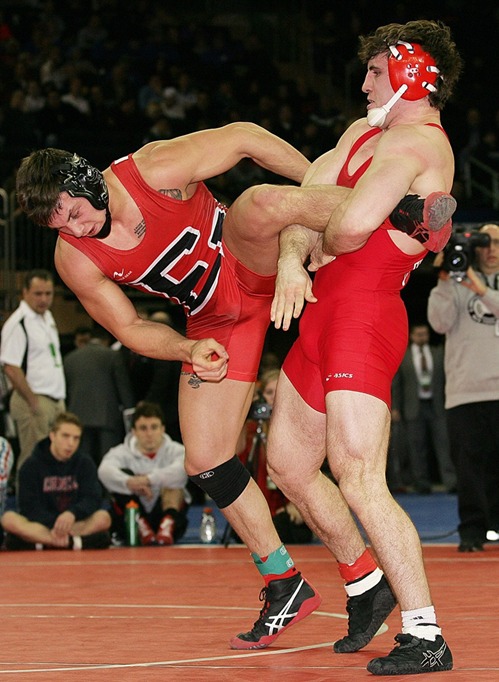 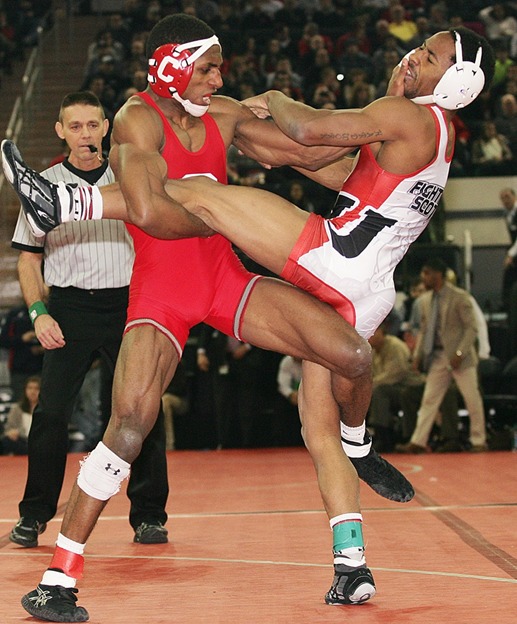 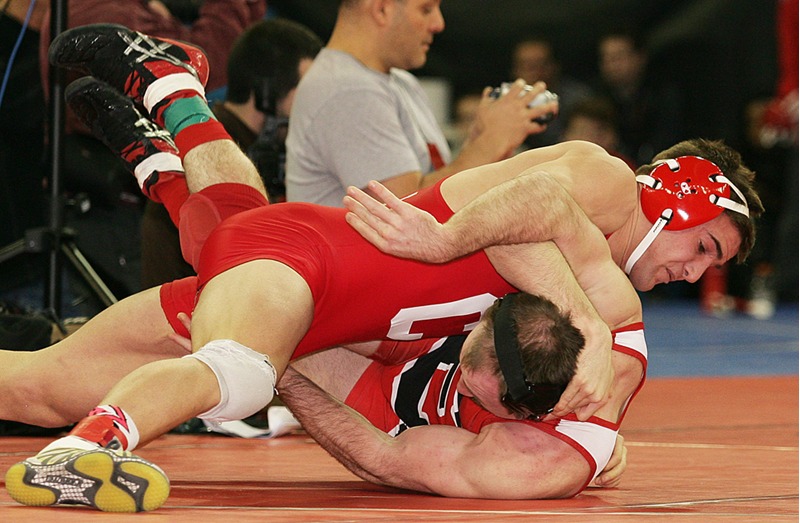 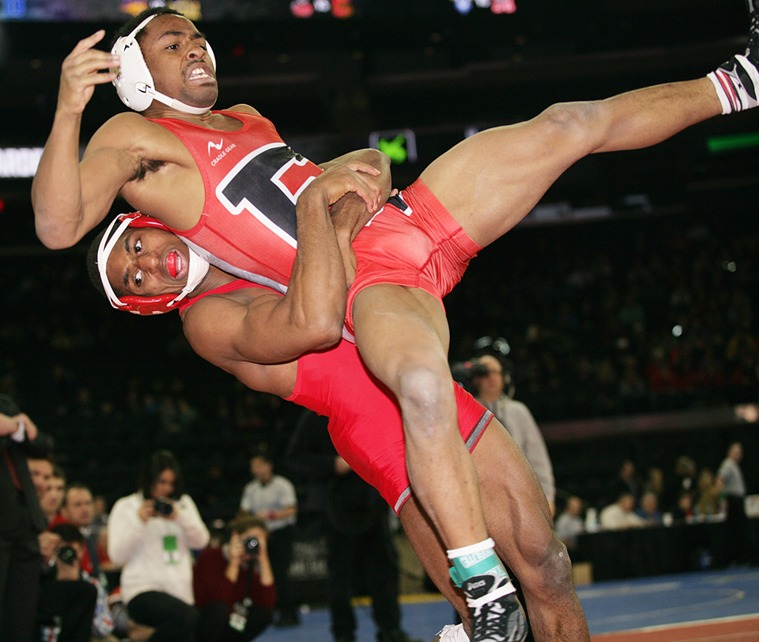