JIM & TONY NORDLAND INDUCTED INTO THE NATIONAL WRESTLING HALL of FAME      Former Amityville High School alumni Jim and Tony Nordland were inducted into the National Wrestling Hall of Fame in April 2017. The Nordland brothers wrestled in the early 1970s for National Hall of Fame Coach Norm Maisel and finished their high school careers with All-County honors. Following their high school graduation both were standouts at Nassau Community College under legendary Coach Chuck Henke. They contributed to helping Nassau CC to Regional Championship titles and a high ranking amongst the top teams in NJCAA competition.     Following their SUNY college graduations they began coaching careers in Nassau County, Jim at Berner High School and younger brother Tony at Massapequa High School. In the early years at Berner, Jim worked with mentor and National Hall of Fame Coach Dick Doherty and was elevated to head coach in 1983, while Tony had the privilege to assist National Hall of Fame Coach Gary Mims. Their elite teams often vied for county championship titles and had numerous county champions, along with All-County and All-State performers. Both produced state champions; Steve Whelan (1982) at Massapequa HS and Michael Bevilacqua (1985) at Berner HS. Later Jim coached at Chaminade High School under the tutelage of National Wrestling Hall of Fame Coach George Dlugolonski and some of their mat squads won many CHSAA Championships and in 1991 had three All-State matmen. Both Jim and Tony concluded their coaching stints in the Sachem School District; Jim at Seneca JHS and Tony at Sagamore JHS with lifelong friend, Tim Cummins.

Perhaps the brothers greatest achievement in wrestling was when they combined their efforts with members of the Fiorvanti family (the late Rudy and younger brother Jack) in producing a wrestling publication and nationally acclaimed website.  Founded in 1979 and called "The Mat Slap", it features both Long Island and New York State individual wrestling rankings, along with in-depth articles and action packed photographs that showcase the top wrestlers in the Empire State. It is a favorite among wrestling fans, athletes and coaches, and often utilized by college coaches in their recruiting process. Over the past 37 years the Mat Slap has covered both Nassau & Suffolk Championships, the CHSAA Championships, NYS Intersectionals, National HS Championships, NWCA All-Star meet, the World Championships (2003) at Madison Square Garden and the NCAA Division I Championships. Jim and Tony are editorial consultants for the Friends of Long Island Wrestling publication and also worked exclusively with Amateur Wrestling News. In 2010, Tony was recognized as the National Wrestling Photographer of the Year and both are members of the National Wrestling Media Association.     Jim and Tony are humbled by this prestigious honor bestowed to them by the Hall of Fame Committee.  With the rest of the Nordland and Doherty families we are appreciative of all the support by their wrestling supporters and sponsors over the years. Thank you all very much. 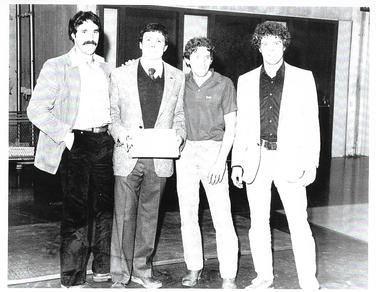 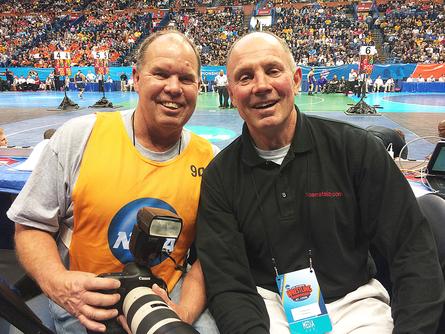