HOFSTRA COMES FROM BEHIND TO DEFEAT BUFFALO 22-17

Hofstra's Chris Mauriello secured his first win of the year with a 7-6 decision at 157 pounds.

Hofstra's Ricky Stamm bumped up to 165 pounds and came away with a crucial 5-3 win. 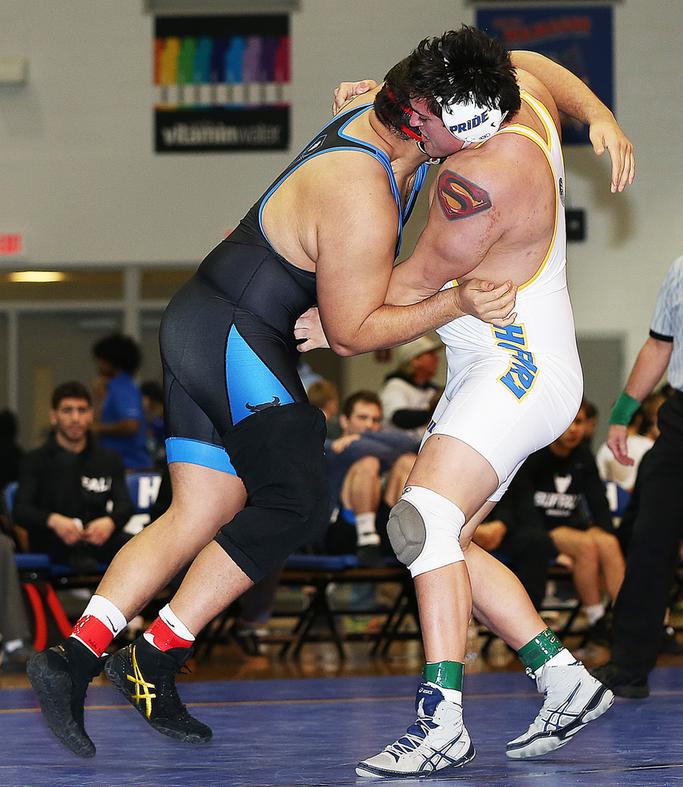 Buffalo's Bryan Lantry picked up a fall at 133 pounds.

Hofstra's Sage Heller works his overhead cradle to a big pin at 174 pounds over Buffalo's Ryan Kreimer. The fall put Hofstra ahead 15-14 and helped to overcome a 14-0 deficit. 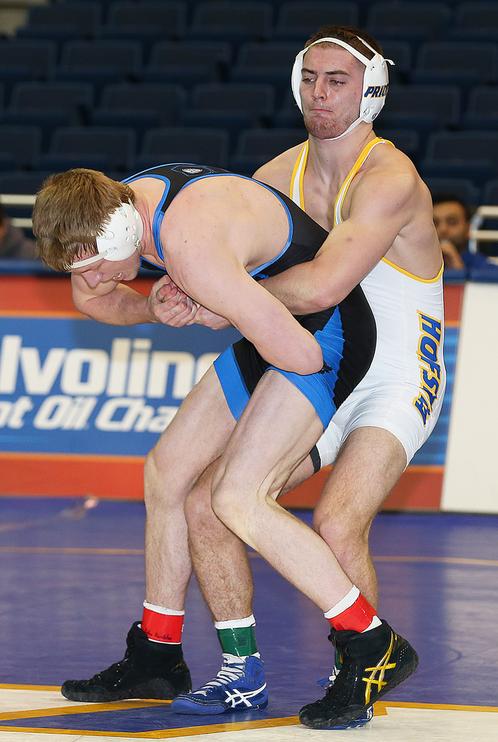 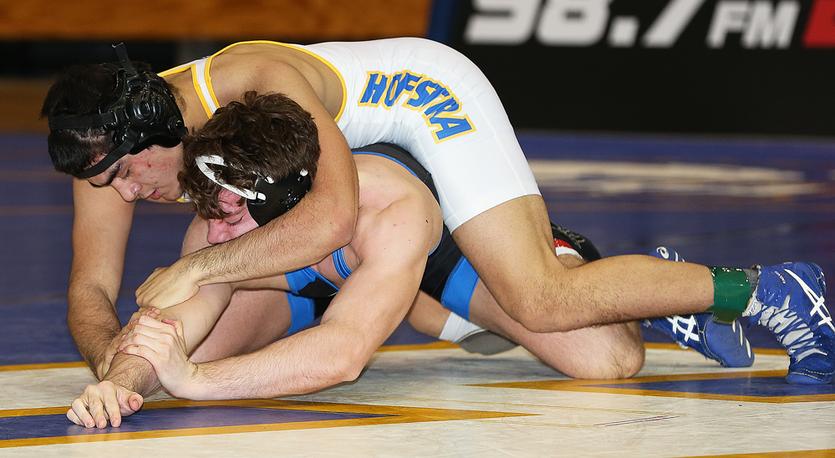 Ryan Burkert started the Pride's comeback with this takedown and 7-3 win at 149 pounds. 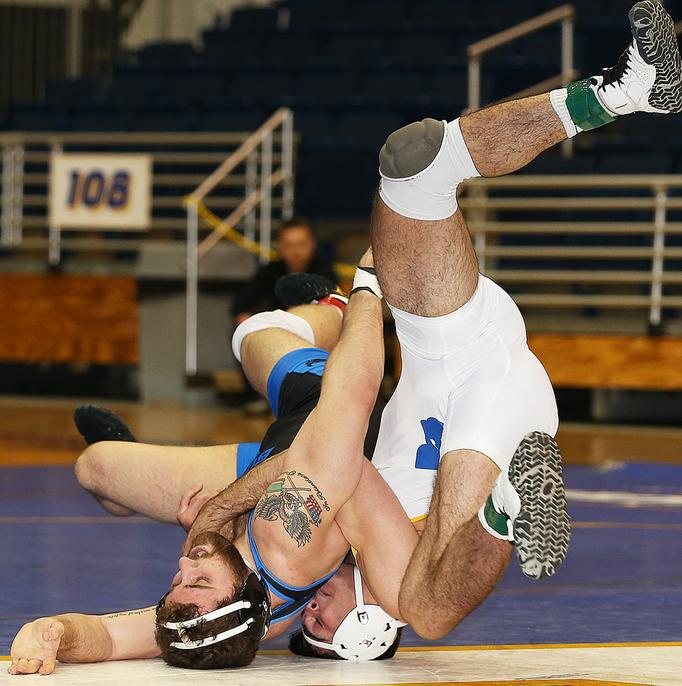 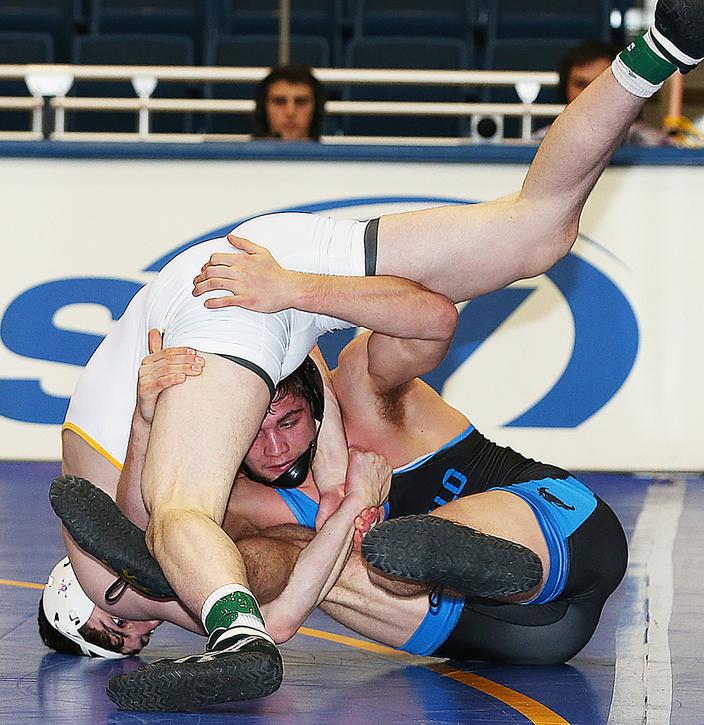 Hofstra (8-7) defeated Buffalo (5-8), 22-17, at the David S. Mack Sports Complex on the campus at Hofstra University. The Pride won six of the ten bouts contested and were paced by Sage Heller (174) who clamped his opponent with a tight overhead cradle along with nationally ranked Mike Hughes (26-2) who used his cross-face cradle en route to a solid 8-0 decision at 285 pounds. Buffalo reeled off three consecutive wins including a fall by 14th-ranked Bryan Lantry (12-4) at 133 pounds to jump out to a 14-0 team lead. Hofstra battled back with four straight wins, the most dramatic by Chris Mauriello (Hauppauge HS) who secured a takedown on the buzzer and emerged with an exciting 7-6 victory at 157 pounds, he earned his first victory on the season. Another Pride standout was Nezar Haddad (14-11) who turned a scramble takedown and overhead cradle into a 6-point move and rallied for a 10-5 verdict at 197 pounds. Head coach Dennis Papadatos, now in his 12th year at the helm stated: "This was an a very gritty and the complete overall team victory that we finally accomplished, he added: "Today there was some solid and very exciting wrestling." ​

Hofstra's Michael Hughes clinched the win for The Pride with an 8-0 decision at 285 pounds.

Nezar Haddad of Hofstra hung onto Buffalo's Joe Ariola late in the match and put the Pride ahead for good. 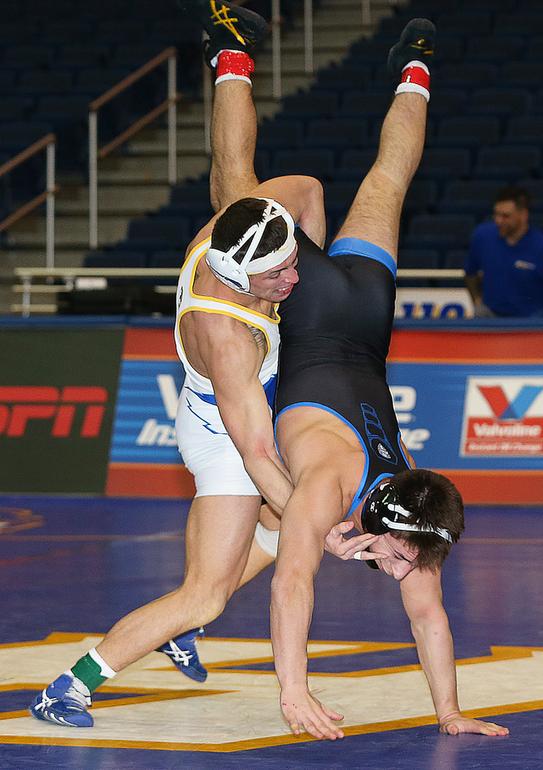