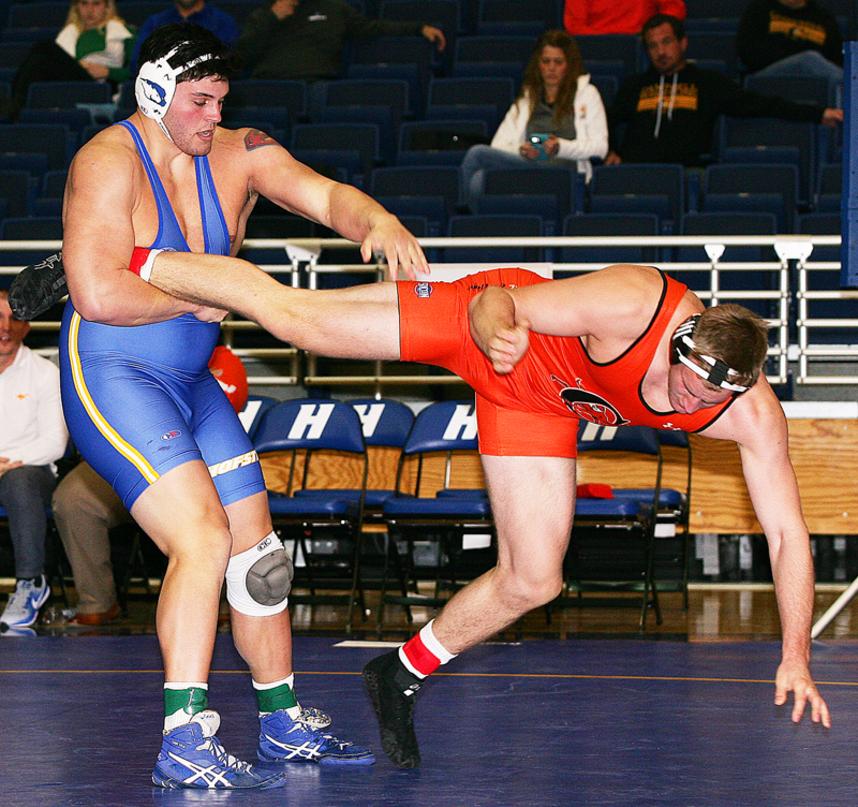 Hofstra (2-4) defeated The Citadel (43-6) in the opening round at the 2017 Hofstra Duals at the David S. Mack Sports Complex. The Pride then dropped two dual meets to Campbell (30-9) and EIWA power Penn (34-8). Penn won  three dual meets on the day and were declared the unofficial winner at the event. Claiming victories for the Pride in The Citadel dual were: forfeit winners Jacob Martin (125) and Vinny Vespa (133), along with Charlie Kane (11-1 major decision at 141) and Ricky Stamm (with an 8-6 overtime verdict at 157). Pin winners included Sage Heller (165), Anthony Oliveri (174), Cory Damiana (184) and unbeaten Michael Hughes ( a former NYS champion from Smithtown West) who posted a fall at the 1:29 mark in his 285-pound bout.

Hofstra tallied three wins in the Campbell match; Connor Muli with a close 3-2 decision at 149, Nezar Haddad a 4-2 winner at 197 and Michael Hughes who scored with a pair of single leg takedowns and blanked Jere Heino 6-0 at 285. In the Penn dual, Pride victors were: Sage Heller who recorded a 6-5 win at 165 and Michael Hughes with a solid 16-0 tech fall over Penn's Patrik Garren in the final dual of the day. Hughes posted three victories on the day and upped his season record to 14-0, including 8 falls. Hughes is currently sixth-ranked in the nation and stated: "I am pacing myself for the season, these duals are small stepping stones for the upcoming year." He added: "I am working to progress throughout the season and looking forward to some big events later in the year, the EIWA Championships at Hofstra and the NCAA Championships." Both of those meets are scheduled for March 2018.

Hofstra's next competition will be on Sunday, December 10th at the Grapple at the Garden, which will be held at the Theater at Madison Square Garden. The Pride will face George Mason at 5:45 PM. 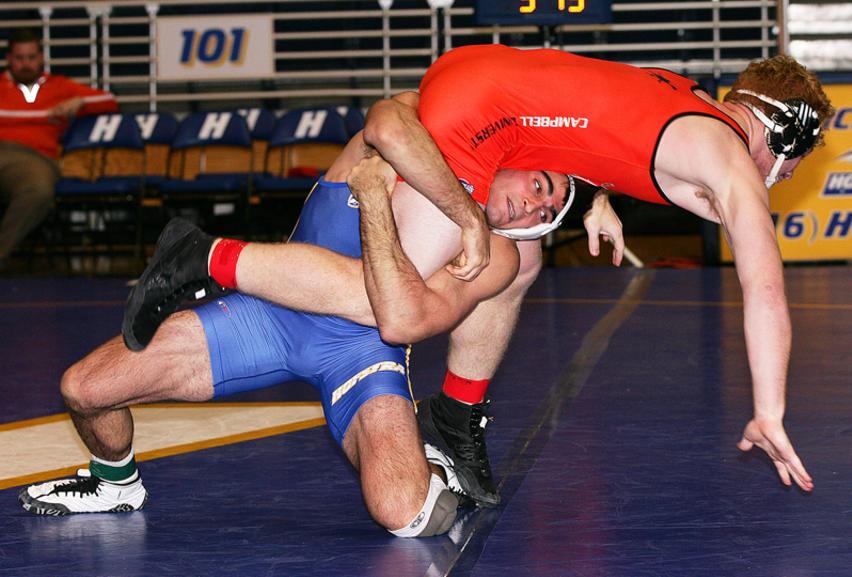 Hofstra's sixth-ranked Michael Hughes takes down Campbell's Jere Heino to win 6-0 and remain unbeaten at heavyweight on the year.