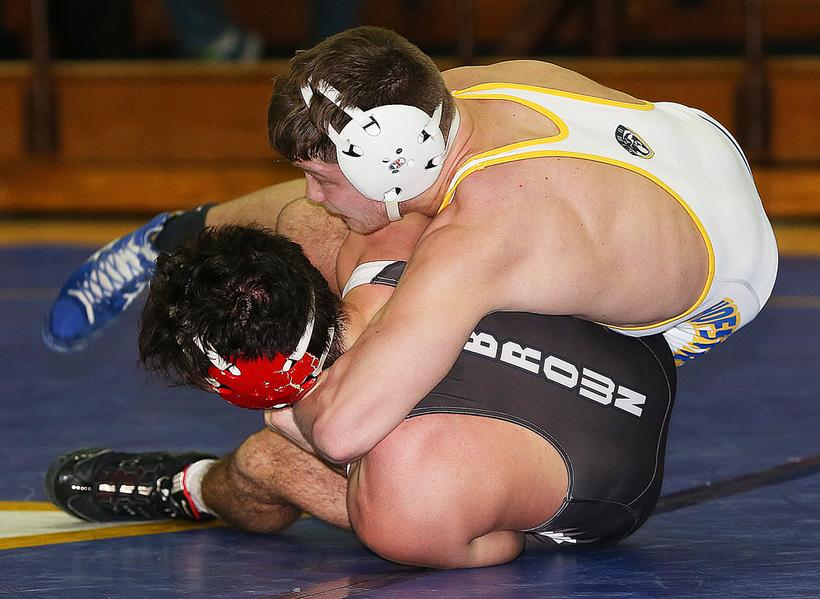 Hofstra (10-9) defeated Brown (5-7), 24-18, at the David S. Mack Physical Education Center before the Alumni Day crowd on the campus at Hofstra University. The Pride won six of the ten bouts contested and were paced by Sage Heller (13-10) who converted a single leg scramble take down on the buzzer for a pivotal 6-4 decision in the 174-pound bout and gave the host team a 15-11 lead. Other standouts were Garrett Lambert (133) and senior Michael Hughes who improved to 30-2 on the season. Both Lambert and Hughes registered first period pins and the 10th-ranked Hughes (106-43 career) used his patented chin/bar arm to secure the fall at the 1:31 mark in the 285-pound bout and now has an NCAA leading 16 falls. Other Pride winners were: Vinny Vespa (141), Ryan Burkert (8-8) at 157 and Nezar Haddad (17-12) who scored with a key third period single leg takedown for a 5-3 verdict at 197. The team victory was special as many former Hofstra alumni were in attendance including 1977 NCAA champion Nick Gallo, close friend and business associate Neil Duncan, Nick Terdick (John Glenn HS), Joel Kizlin, a premier heavyweight in the early 70s and head coach Dennis Papadatos, who holds two degrees from Hofstra. Hofstra will host the 16-team prestigious 114th EIWA Championships on Saturday and Sunday, March 3-4, 2018...

Hofstra's Michael Hughes picked up his 16th fall to put Hofstra up for good. 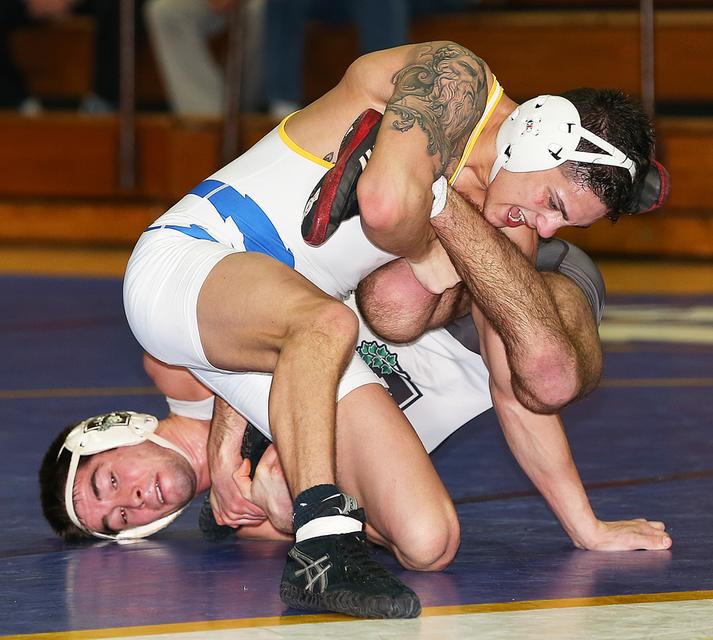 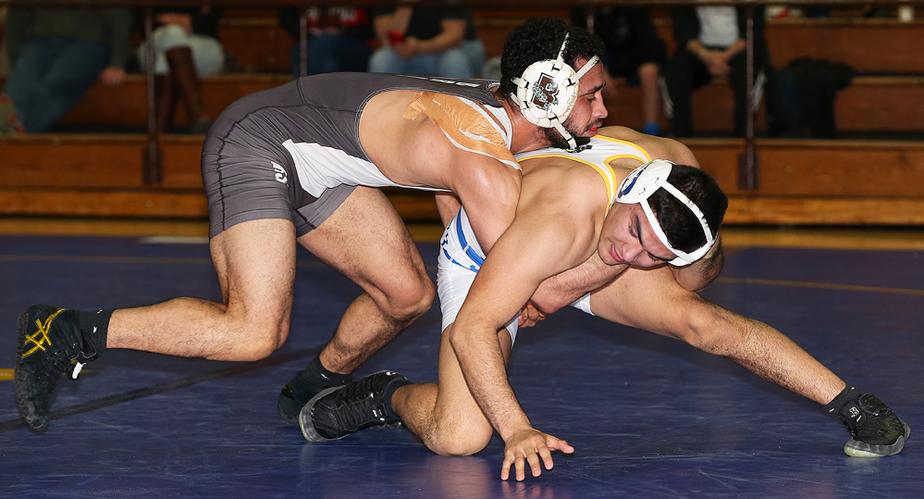 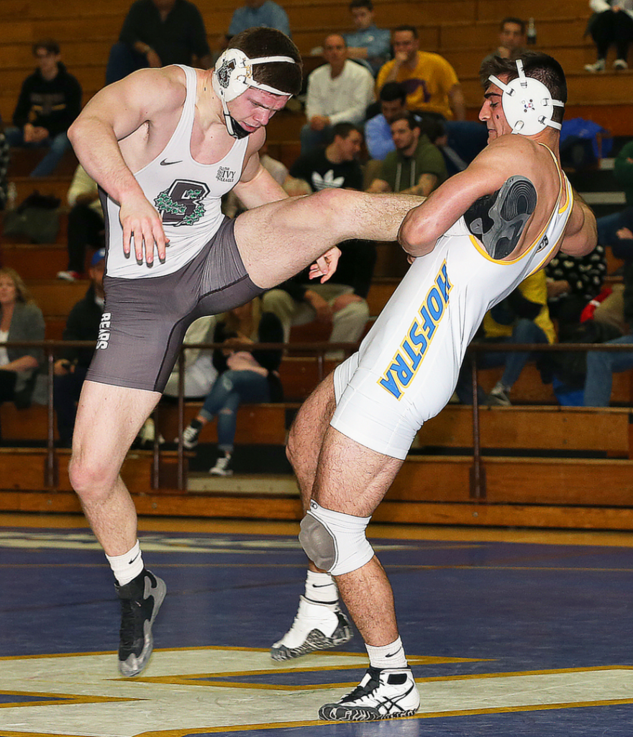 Hofstra's Nezar Haddad works for his takedown against Brown's Tucker Ziegler. Haddad won this 197 pound match and put Hofstra up 18-15. 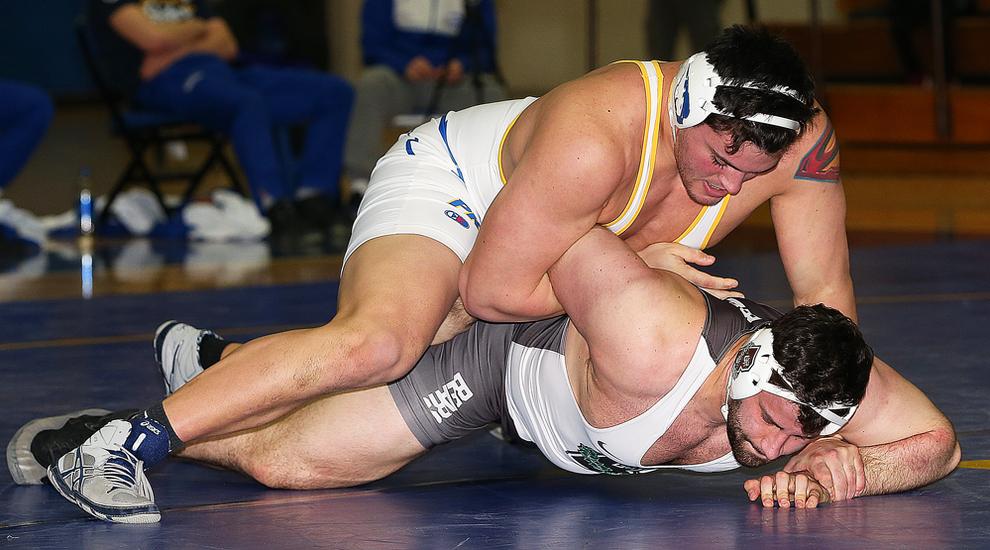 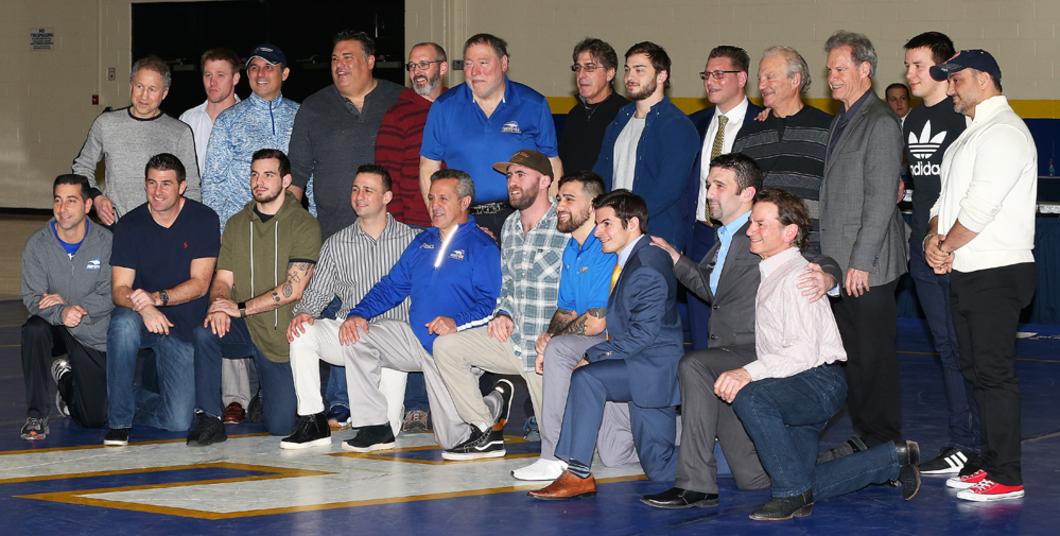 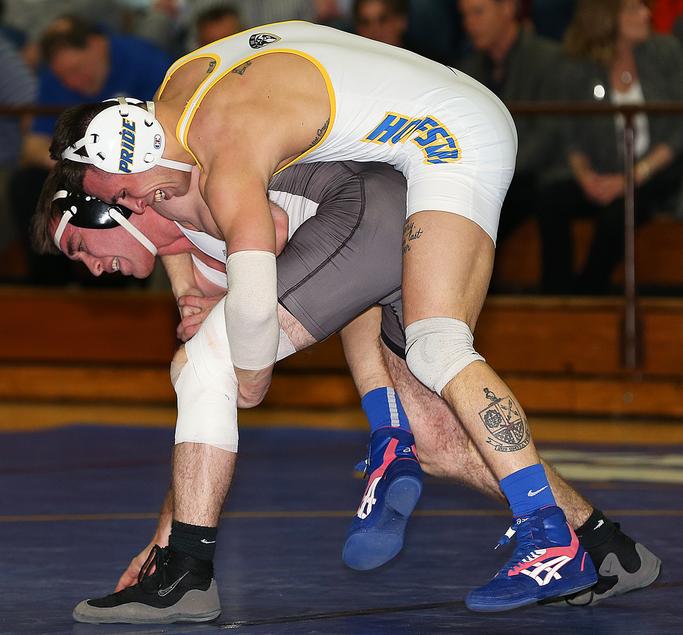 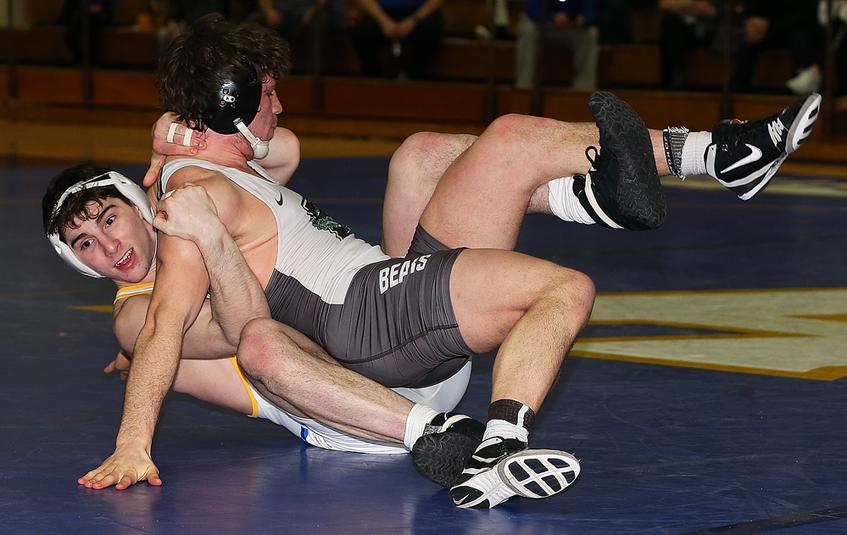 Hofstra's Garrett Lambert picked up the fall at 133 pounds.