Rutger's Nick Suriano works for a fall at 133 pounds. Suriano ranked third in the country picked up the pin at 1:51 to lead Rutgers to a 40-3 win.

MAT NOTES- Rutgers (5-1) won nine bouts over the Pride and now lead the series 16-9-1. The Scarlet Knights return two NCAA All- Americans; Nick Suriano and Anthony Ashnault (97 career wins)  both are potential finalists. Head coach Scott Goodale, now in his 12th season, notched his 166 dual victory for the Scarlet Knights and is tied with John Sacci for program wins. Hofstra's true freshman Dylan Ryder (5-4) was a 2017 NYS champion. Nezar Haddad (197) the lone winner for the Pride improved to 3-2 on the season. Hofstra enters its 72nd season for intercollegiate wrestling. 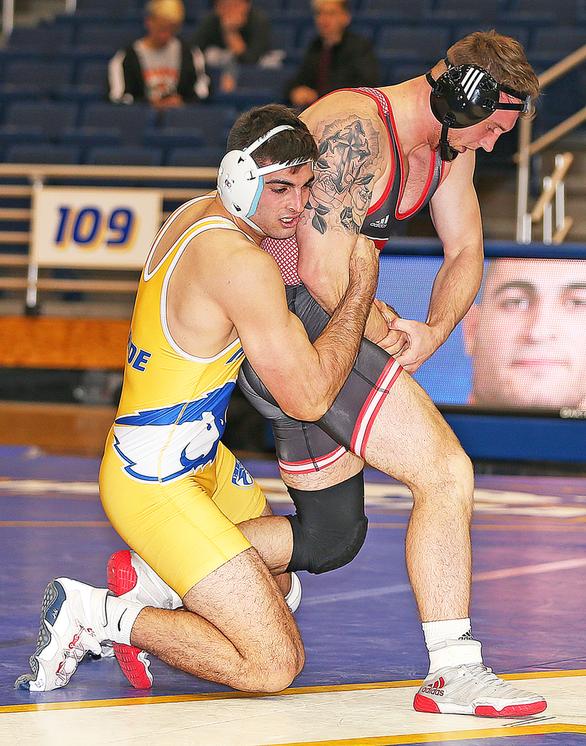 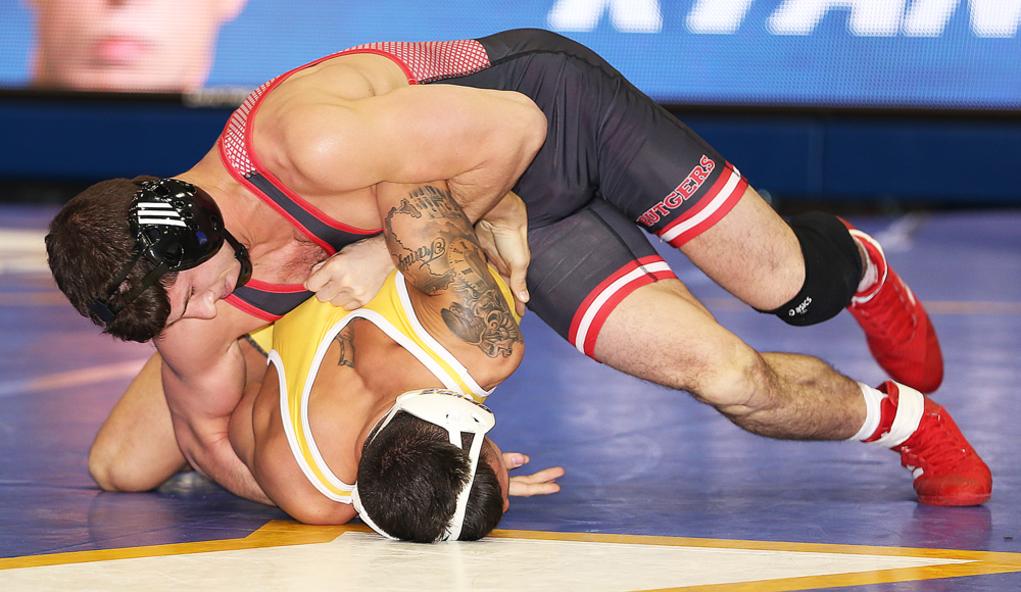 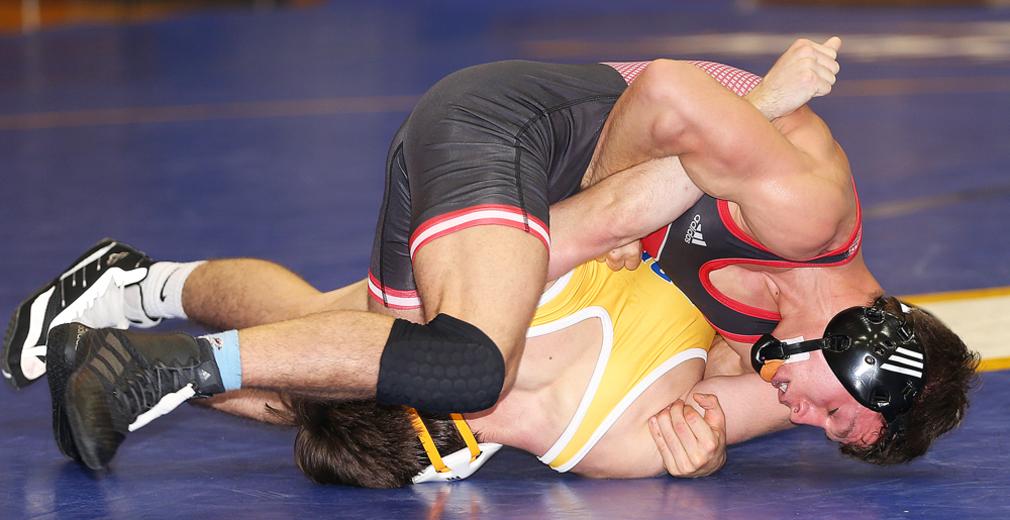 Many high schools showed up for the Hofstra Clinic and  match including the up and coming Sayville Wrestling squad.

Anthony Ashnault ranked second at 149 pounds uses his bar arm en route to a fall at 3:59 to remain unbeaten at 6-0.

Nezar Haddad picked up the only decision for Hofstra winning the 197 pound bout 6-4 over Max Wright. 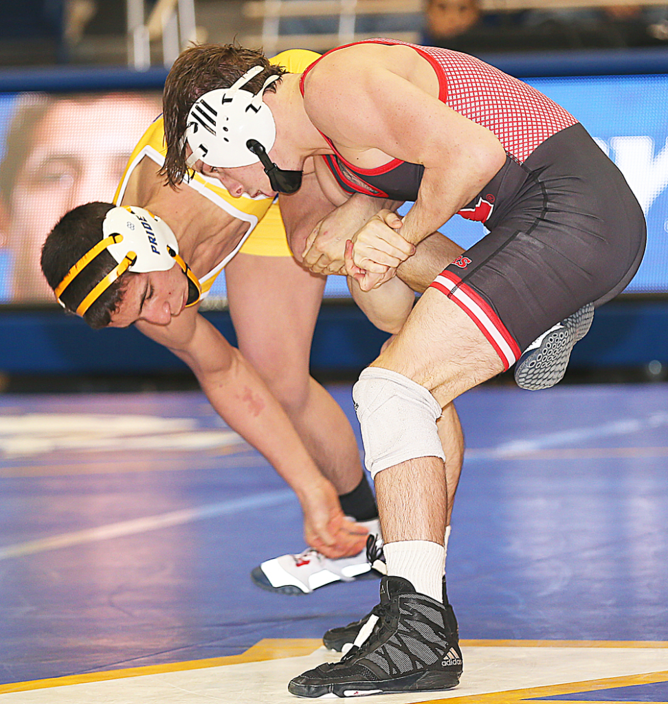