Hofstra's Dylan Ryder works to turn Northern Colorado's Rico Montoya en route to a 13-3 decision at 125 pounds. Hofstra lost to Northern Colorado 21-13 but Ryder went 2-0 on the day at the Hofstra Alumni Duals. 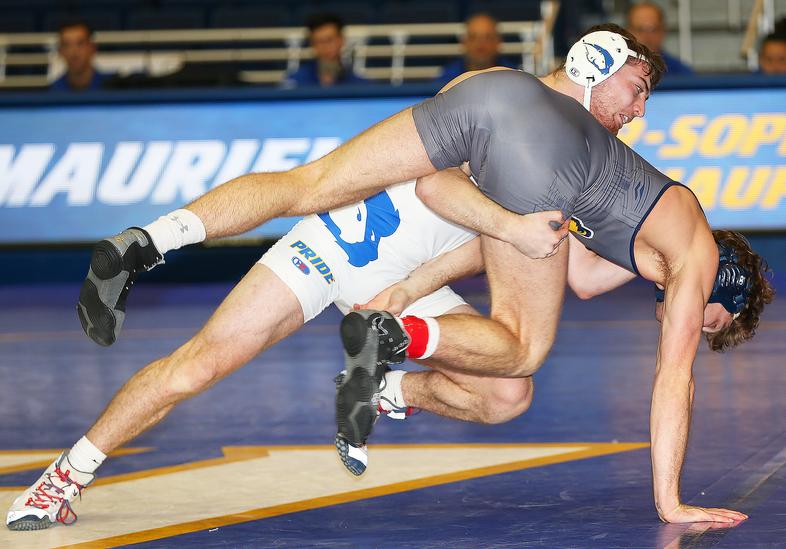 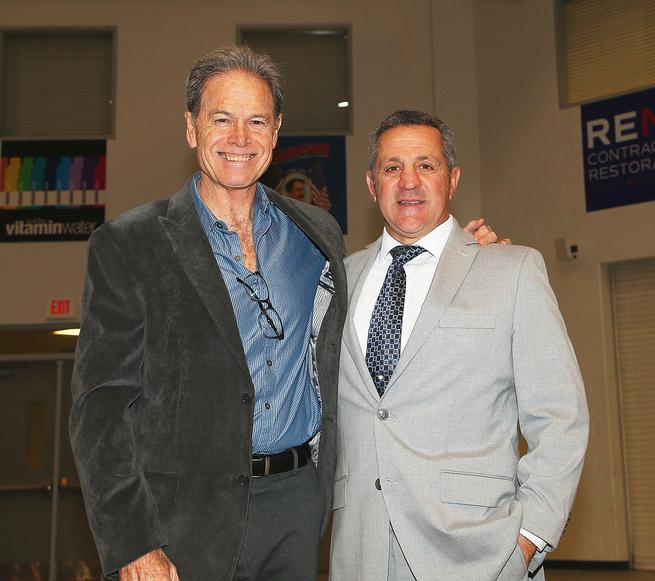 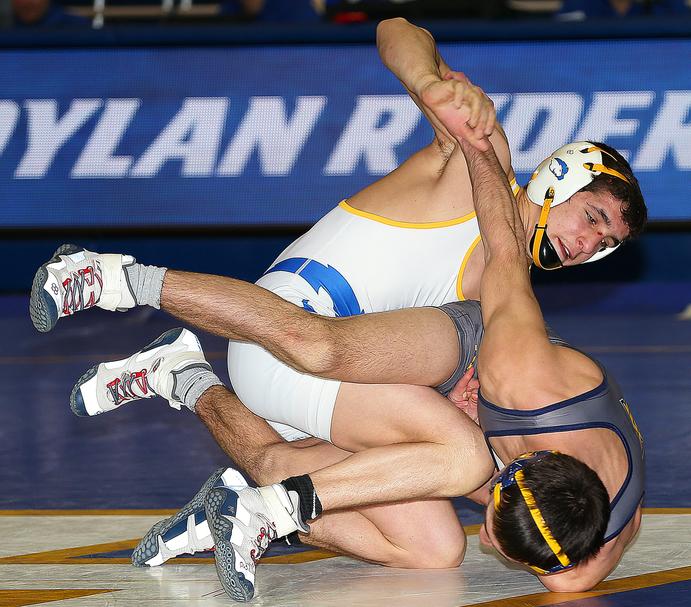 Northern Colorado (2-2) defeated Hofstra, 21-13,  before the Alumni Day crowd at the David S. Mack Sports and Exhibition Complex. The Bears won six of the ten bouts contested, including two pivotal overtime bouts, in those tightly-contested matches, the Bears edged the Pride wrestlers by identical 3-1 decisions.

The Pride got off to a nice start as freshman Dylan Ryder (10-8) posted a methodical 13-3 major decision at 125. Ryder (Hills West) used a series of wrist-through tilts to handle previously unbeaten senior Rico Montoya (5-1) and give the host team a 4-0 lead.

In perhaps the most entertaining bout of the dual Chris Mauriello (Hauppauge) was embroiled in a back-and-forth match with NC's Jordan Robison. Mauriello scored with a key snap-spin takedown and emerged with an exciting 8-7 victory and give the home team a 10-9 edge in the team scoring.

Sage Heller (9-6) scored with a double leg takedown and used a tight ride vs Trenton Schultz for a solid 5-0 shutout in the 184-pound bout. The Pride had a 13-12 team lead with three bouts remaining in the dual meet. The Bears won the final three bouts by decisions and emerged with a 21-13 team victory.

In the afternoon finale, Hofstra cruised to a 28-15 win over Virginia Military Institute. The Pride won seven bouts as they posted their first dual victory on the season. Hofstra also unveiled a new banner honoring the Pride's only NCAA champion, Nick Gallo. Gallo (Deer Park) won the 126-pound title in 1977. They also unveiled another banner honoring the 30 All-Americans throughout their 72 seasons of intercollegiate wrestling competition.

Next up for the Pride is a dual meet at Bloomsburg on Friday, January 4th, followed by an upstate match vs Buffalo on Sunday, January 6th, 2019...