Army (5-3) defeated Hofstra (5-5), 34-3, before 948 spectators at the David S. Mack Physical Education Center. The Black Knights won nine of the ten bouts contested and were paced by Russ Parsons who used a bar-arm to secure a first period pin at 157 pounds, along with Austin Harry used a barrage of takedowns en route to a 22-4 tech fall at 133, and Samson Imonode who scored with strong double leg takedowns to post a solid 17-7 major decision in the 184-pound bout. Hofstra's lone victory was registered by NCAA hopeful Sage Heller who was embroiled in a wild 18-11 match at 174. The Pride's Bobby Fehr had four takedowns, including two duck-under takedowns late in his bout, but dropped a 16-9 verdict to Abdrew Mendel at 165 pounds. The Pride will travel to face Columbia tonight at 7:00 PM and their next home contest is against the University of Buffalo on Saturday, January 28th at 1:00 PM... 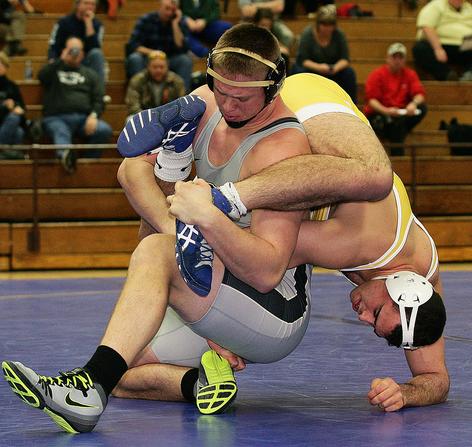 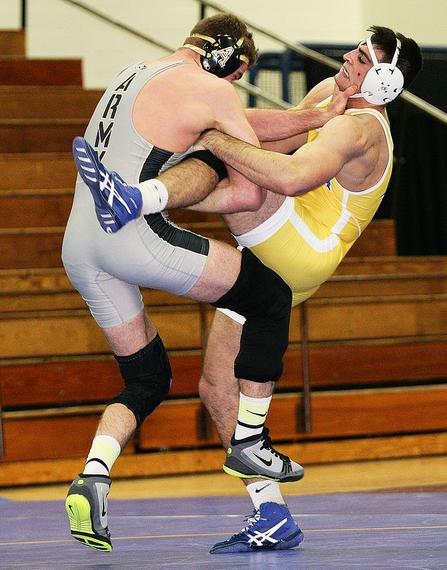 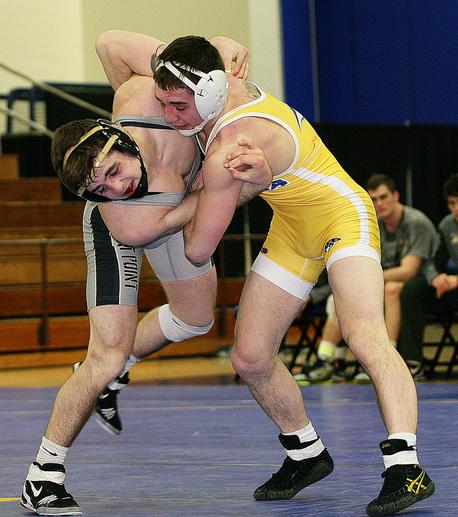 Trey Chalifoux from Army squared off with Jacob Martin from Hofstra at 125 pounds. Martin came away with a 12-4 decision.

Army's Rocco Caywood is on the attack against Hofstra's Nezar Haddad. Caywood won this 197 pound battle 3-1. 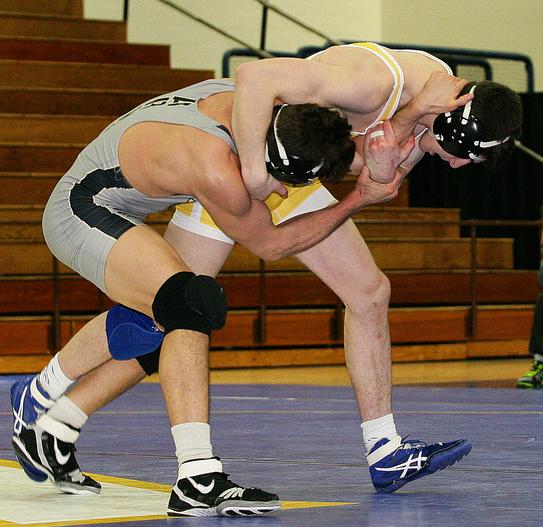 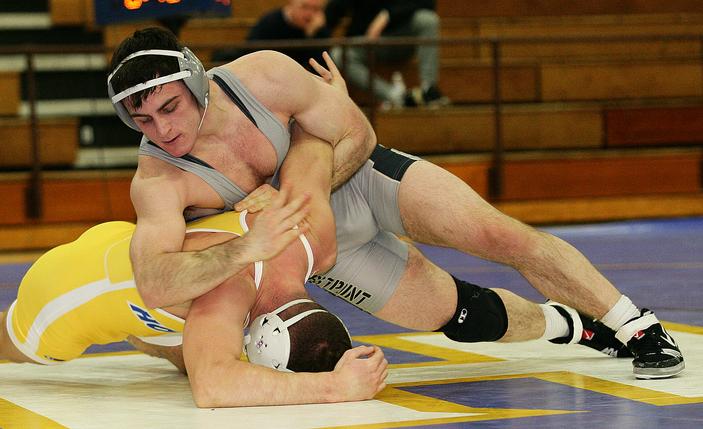