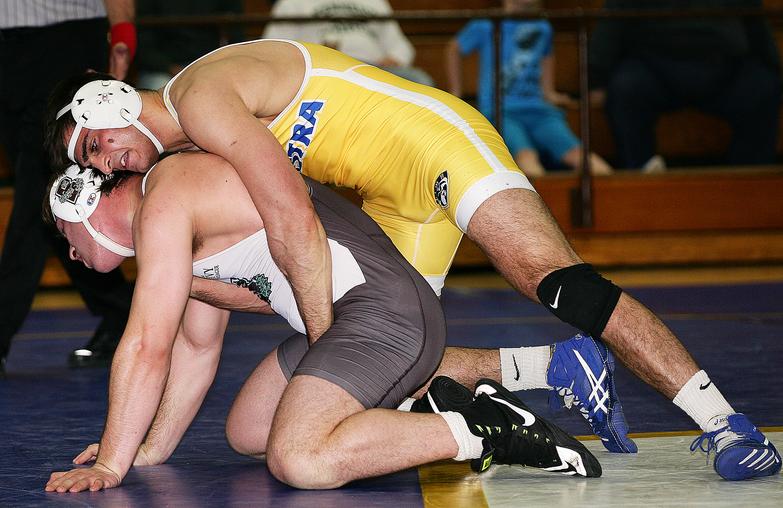 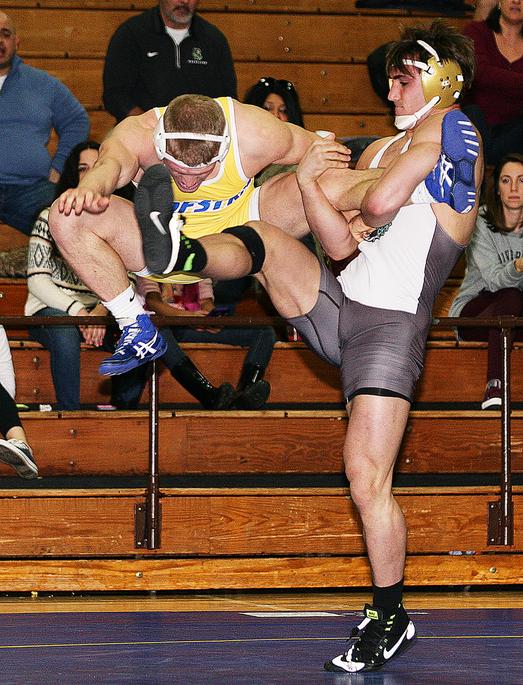 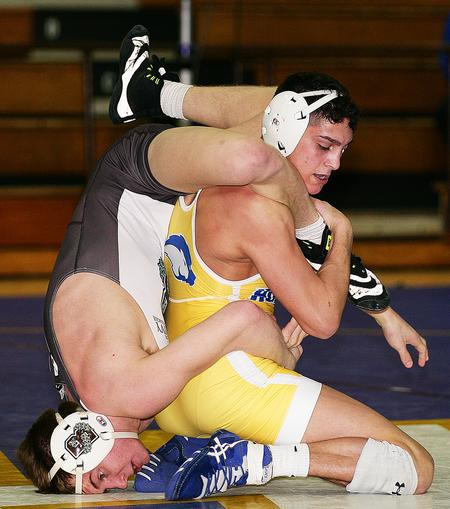 Hofstra dropped the last dual meet of the season to Brown 23-12 and falls to 6-11 overall. The Pride won the first two  matches with Jacob Martin, 6-4 at 125 pounds and Vinny Vespa 6-2 at 133 pounds. A forfeit by Hofstra at 141 pounds tied the score. Ryan Burkert scored with a quick double leg takedown in overtime and posted a come-from-behind 4-2 win at 149 pounds, and had Hofstra ahead 9-6. The Bears won four the last five matches to put it out of reach, the only other Pride win was Nezar Haddad at 197 pounds.

Hofstra travels to Lewisburg, Pennsylvania for the EIWA Championships on March 3rd and 4th. 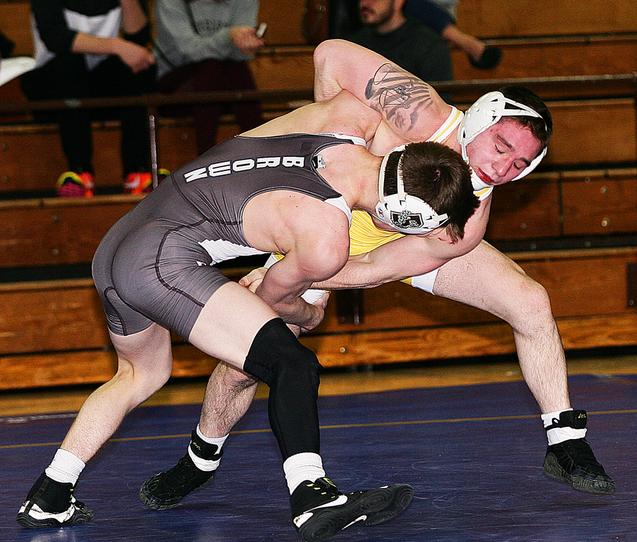 BROWN TRIPS UP HOFSTRA IN FINAL DUAL MEET OF THE SEASON

Vinny Vespa of Hofstra works to escape from Jimmy Pawleski of Brown. Vespa scored a 6-2 decision at 133 pounds.