Gabe Dean ranked #1 from Cornell  turns Hofstra"s Jermaine John (Bethpage HS) for a fall at 184 pounds to start the dual. 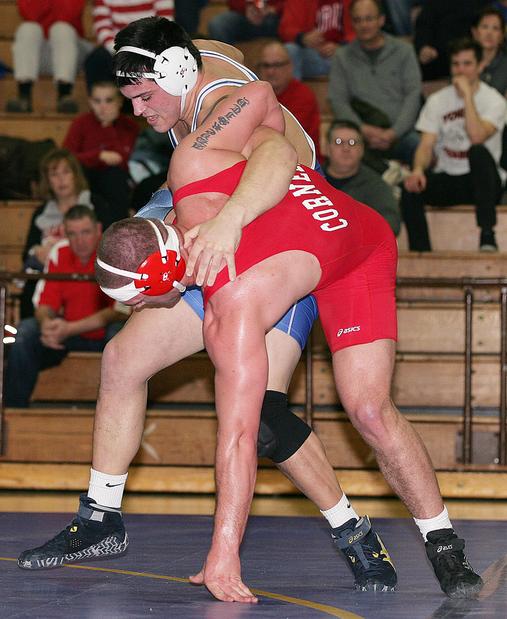 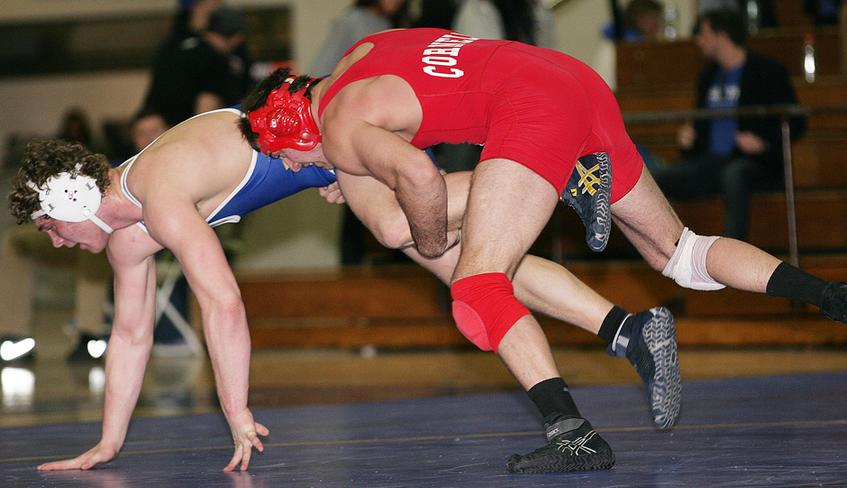 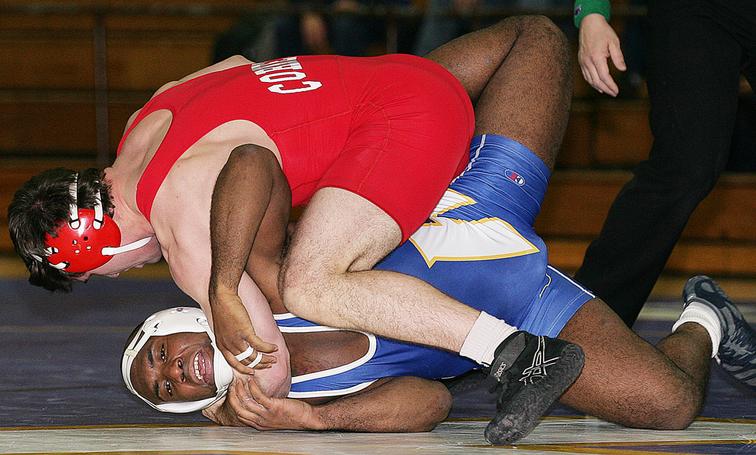 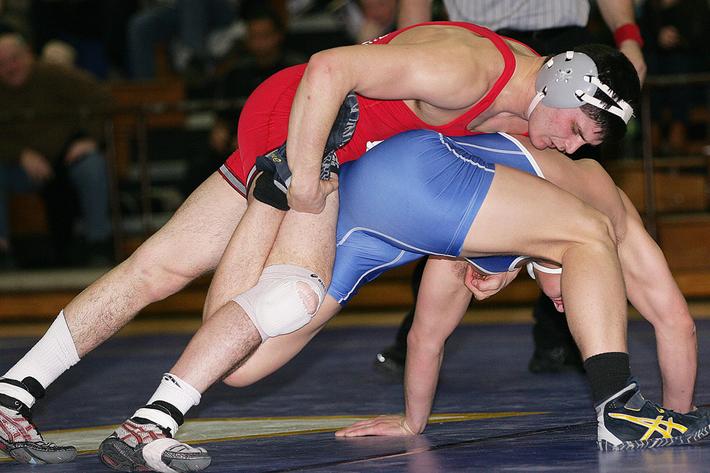 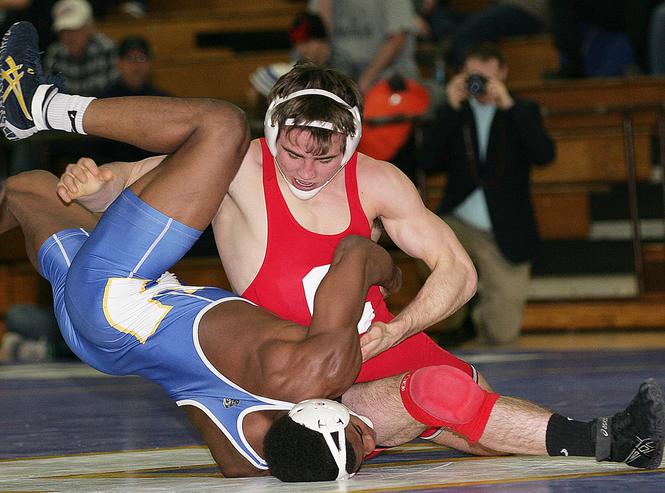 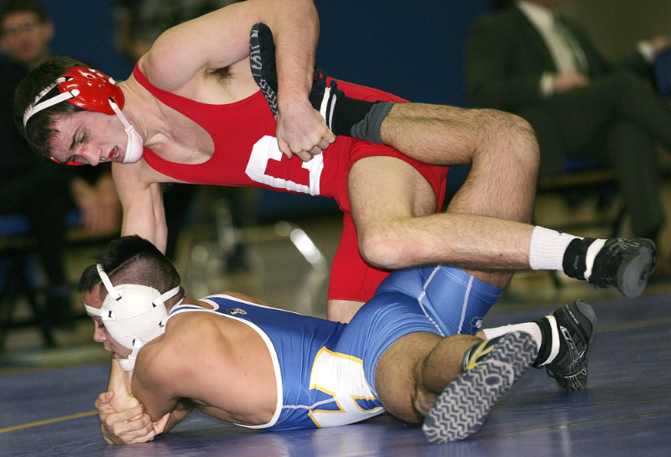 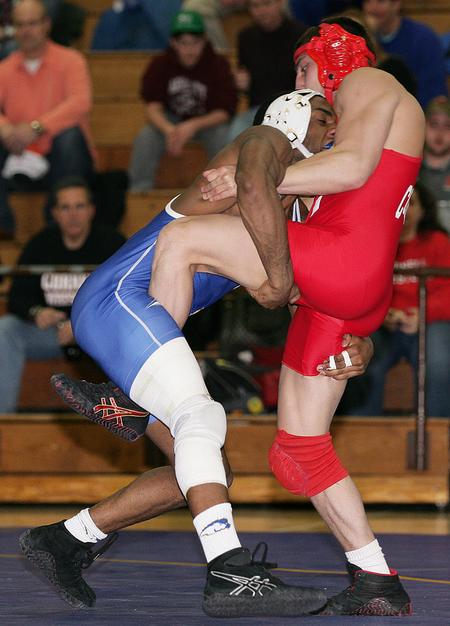 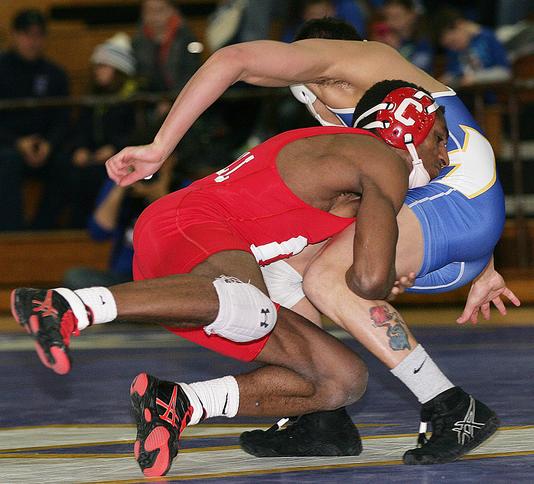 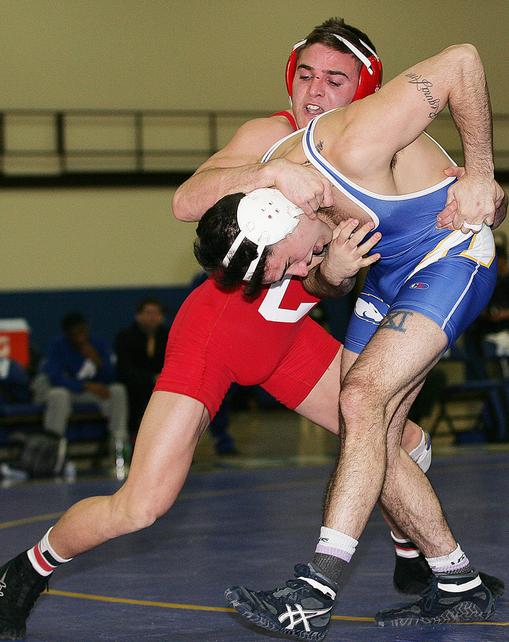 Cornell (13-1) upended Hofstra (5-10), 41-7, at the David S. Mack Physical Education Center at Hofstra University. The sixth-ranked Big Red won 8 of the 10 bouts contested and were paced by their three All-Americans, Nahshon Garrett (20-1, 98-8 career), Brian Realbuto(10-2) and top-ranked Gabe Dean who posted his 31st victory against only 2 setbacks.  Garrett used a tight overhead cradle to secure the fall at the 4:56 mark of his 125-pound bout, Realbuto scored with a series of single leg takedowns and posted a 12-2 major decision at 157 and Dean clamped his opponent in 2:42  at 184 pounds. Another standout for the Big Red was Long Beach's Dylan Palacio who applied a bar-arm and pinned Nick Terdick (John Glenn) midway through the second period in the 165-pound class.

In a battle of former New York state champions, Hofstra's Jamel Hudson (St. Anthony's) scored with a strong leg takedown and applied a series of tilts en route to an impressive 18-8 major decision over Nick Arujau (Syosset), Hudson, ranked 15th in the nation by Amateur Wrestling News earned his 20th victory on the season. The other Pride winner was Michael Hughes (18-9) who had a 3-2 verdict at 285 pounds.