The Hofstra Pride move to 3-2 with this win over Drexel in the Eastern Intercollegiate Wrestling Association (EIWA) which they joined this year. Hofstra (5-6 overall) put five ranked wrestlers on the mat for this Friday night dual and all came away victorious rolling over the Dragons 29-9.

Hofstra takes on EIWA nemesis Binghamton next on February 7th at 7:00 PM in the Mack Arena.

Hofstra's Luke Vaith takes down Drexel's David Pearce. The 7th ranked Vaith picked up a 20-5 technical fall to win the 141 pound bout. Hofstra went on to win eight of the ten bouts to defeat Drexel 29-9 in EIWA action. 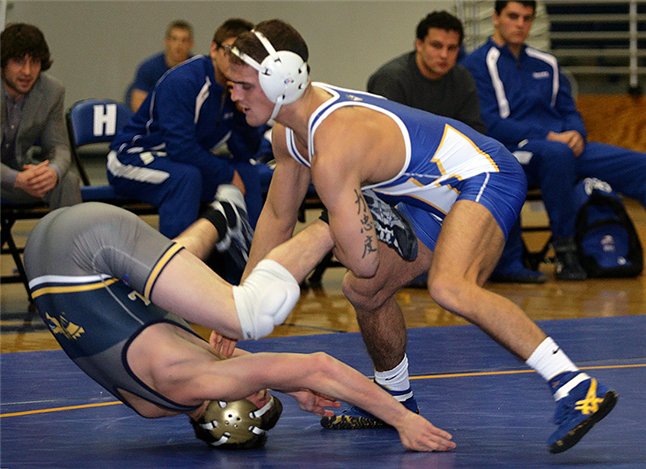