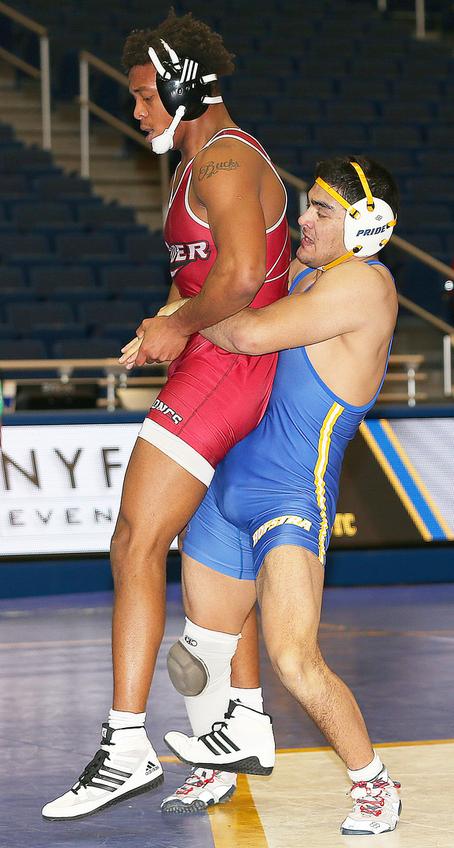 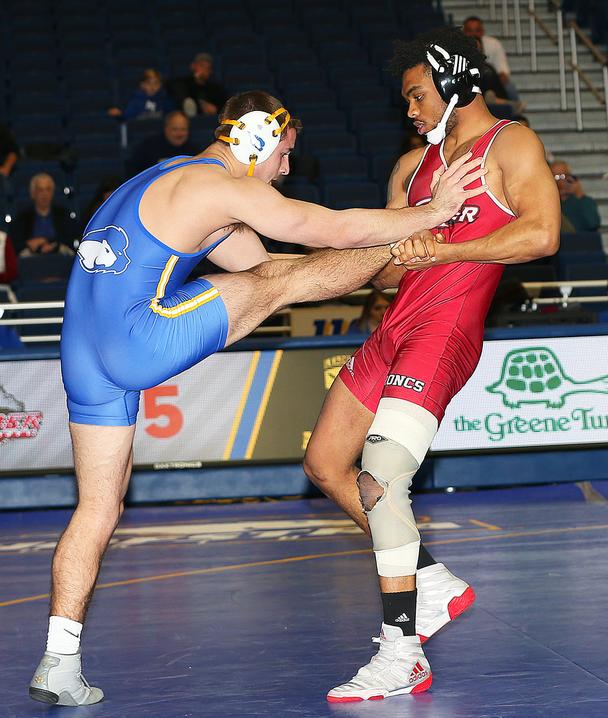 Mat Notes: Rider improves to 5-3 on the season as Hofstra drops to 4-8. Dylan Ryder (18-9) continues to improve and is on pace right now to qualify for this year's NCAA tournament in March. Ricky Stamm won his 12th match on the season. 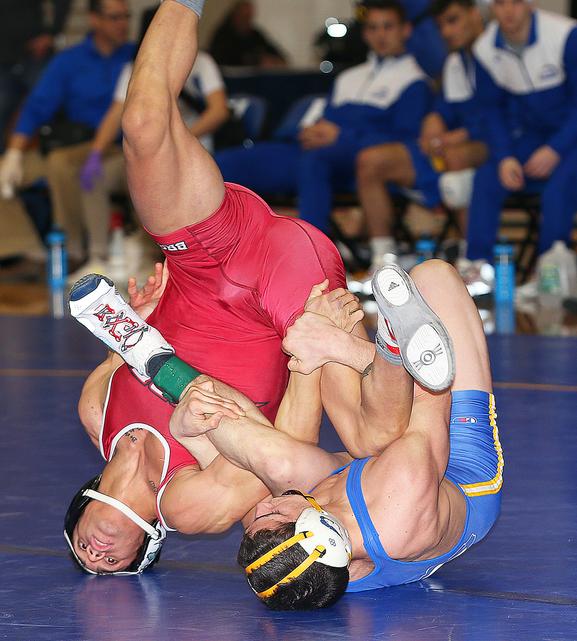 Hofstra's Garrett Lambert works for a near fall in his 9-0 win at 141 pounds.

Hofstra's Dylan Ryder works for near fall points on Rider's Jon Tropea. Ryder won this 125 match with a third period fall and picked up his 18th win of the season.

RIDER COMES BACK TO

Hofstra's Ricky Stamm lifts Rider's George Walton. Stamm bumped up a weight to 174 pounds and picked up the decision with a 13-9 win. 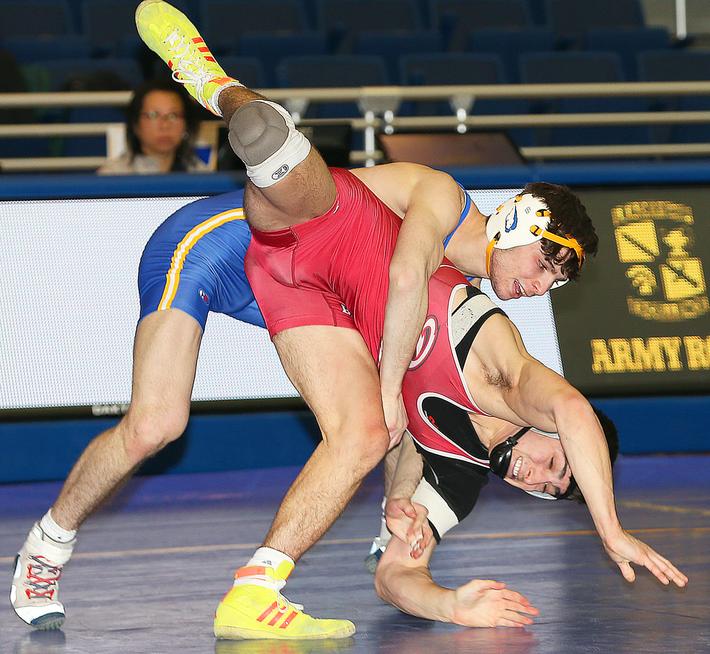 Hofstra's Holden Heller controls Rider's Evan Fidelibus in a back and forth battle with Heller coming out on top 14-13 at 149 pounds.