Long Beach's Joe Giorlando scored a come from behind fall at 195 pounds to stun Wantagh and put the Marines ahead 29-26.

Wantagh's Jon Loew bumped up to take on Long Beach's Tyreek Bromley at 182 pounds. Loew won 1-0 to keep Wantagh in the match.

Wantagh's Justin Vines also bumped up to take on Long Beach's Matt Maquet at 138 pounds. Vines muscled his way to a 4-2 win that put Wantagh up 24-6. 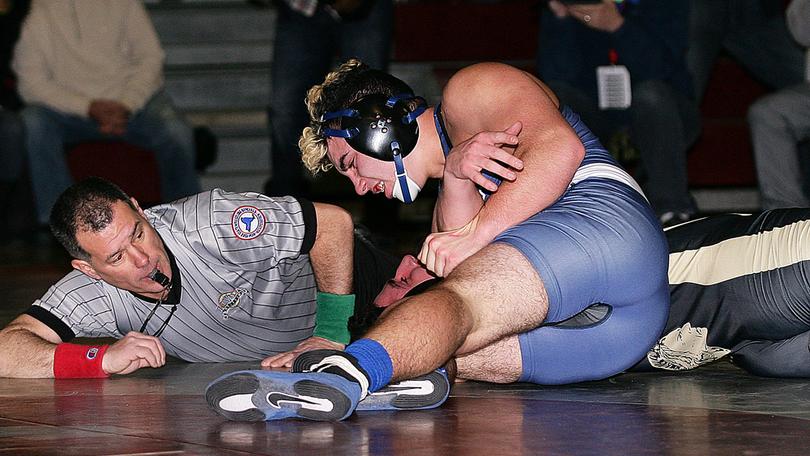 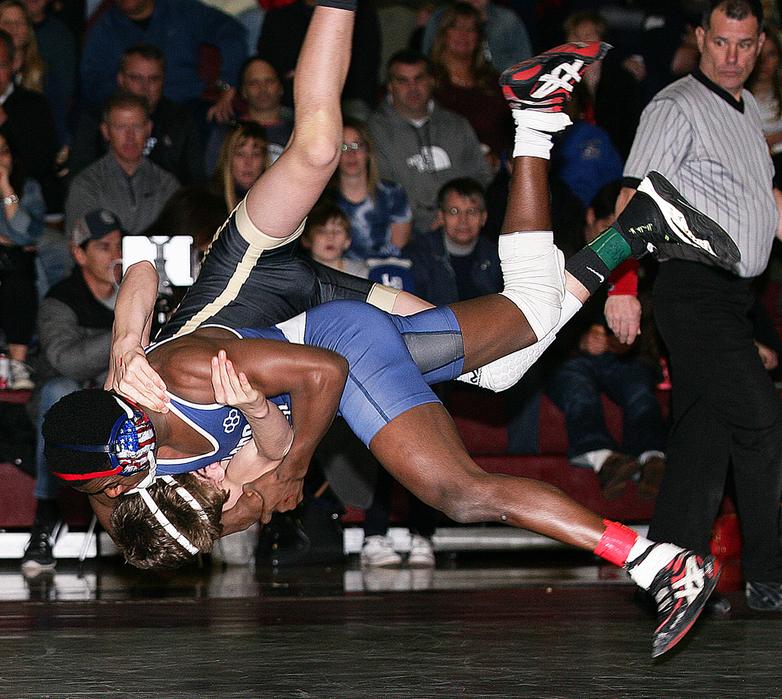 Defending Nassau Dual and Tournament champion Long Beach (16-0) edged Wantagh (23-2), 32-30, to claim their third consecutive dual meet title in an action-packed dual amongst the top two squads in the state. Wantagh reeled off five consecutive victories and held a comfortable 21-0 lead. Long Beach's three-time state champion Jacori Teemer (16-1) used his underhook and tossed his opponent en route to a first period pin at 132 pounds.  In a pivotal bout between two All-State performers Wantagh's Justin Vines (34-2) defeated Matt Maquet (32-6), 6-4, with a key double leg takedown and a tight bar-arm ride at 138. Head coach Ray Adams and his  Marines battled back and won four consecutive bouts including an electrifying hip toss  by Nassau champion Tyrese Byron (29-5) in the 160-pound bout and bring the score to 24-20. In a strategic move by Wantagh coaches Paul Gillespie and Reggie Jones Jr, they moved the versatile Jonathan Loew (42-1) to battle All-State Tyreek Bromley (29-4) at 182. Loew had an uncontested second period escape and held Bromley off for a dramatic 1-0 victory. In the turning point of the marquee dual LB's Joe Giorlando rallied and hit a picture perfect headlock for a stunning fall with five seconds remaining in the 195-pound bout and gave the Marines a 29-27 lead. LB's Elijah Rodriguez (32-0) posted a 3-0 verdict and gave the Marines a 32-27 lead. The Warrior's Gavin Casey (285)  posted a 6-4 decision in the final bout of this classic dual to conclude the scoring at 32-30. 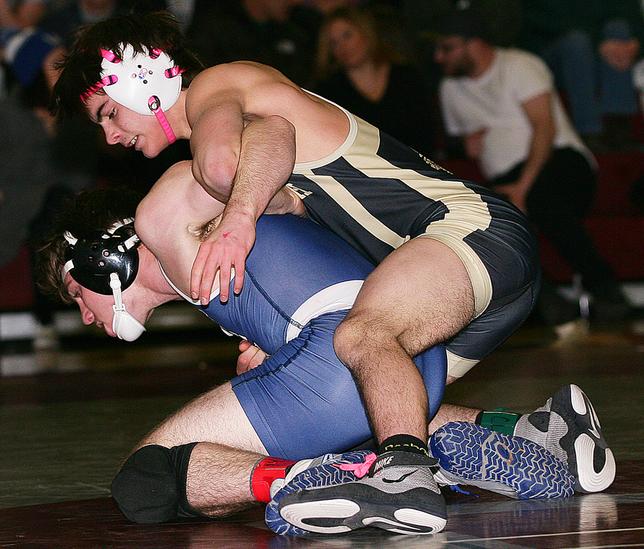 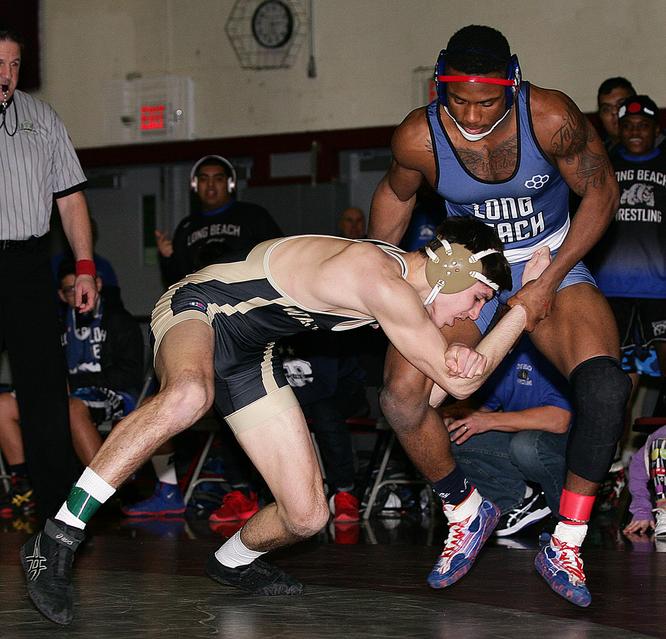 Long Beach's Jacori Teemer put the Marines on the scoreboard with this throw to a fall at 132 pounds. 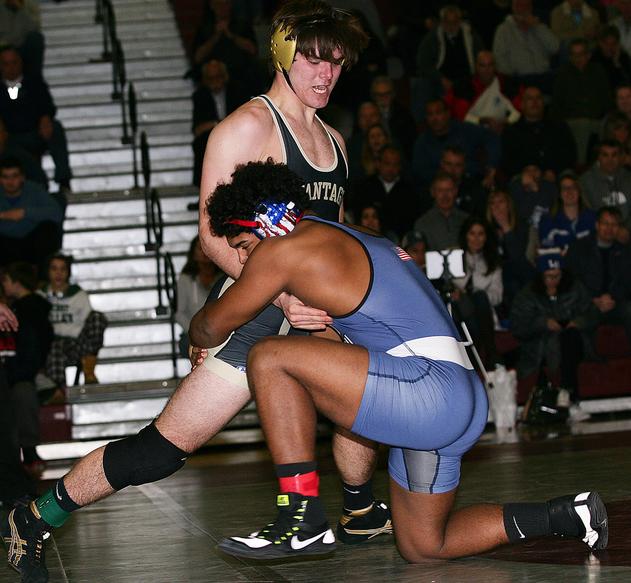