Is Wrestling for My Son?

Coach Howie Greenblatt, Varsity wrestling coach at MacArthur High School in Levittown, replied earnestly, “Please do one for the mothers who are afraid for their sons’ safety and therefore, do not want them to become wrestlers!”

I was unsure as to what my next article should be about so I started to ask around for suggestions. Coach Howie Greenblatt, Varsity wrestling coach at MacArthur High School in Levittown, replied earnestly, “Please do one for the mothers who are afraid for their sons’ safety and therefore, do not want them to become wrestlers!”

It was then that it struck me that in a few short months I would be faced with the same challenge. I would be watching as my son entered the mat as a seventh grader on his Middle School team. What would my feelings be? I know I too would be filled with anxiety and concern as I watched his immature body stand face to face with his opponent. I know I would feel certain that the other kid was so much bigger than my own, they always are aren’t they!! I will have to turn my face as he stumbles through recently learned moves and be frustrated with his sloppiness in the execution of them. I will cry inside when he loses and delight in his victories, vicariously wrestling every match with him.

However, what will console me is the knowledge I have of the sport. This is what I would like to offer to these mothers, (and fathers as well). Anything that we do not know well scares us. Fortunately for me, I have grown up around wrestling and wrestlers. I know what looks like utter chaos on the mat to a new parent, is not what it appears. Nor do I confuse the nonsense of TV wrestling with the real sport! Every bend and twist is really a wrestling move that must be done in only a particular way. Wrestling officials are highly trained to look for any illegal positioning of the body and also penalize unnecessary roughness. I have to say that in over thirty years of being a spectator, most injuries have been little more than nosebleeds and hurt shoulders, (especially in the seasoned wrestler). If you compared these to the injuries sustained in football or other contact sports you would see that wrestling favorably compares.

My advice to reluctant parents is to first try and familiarize yourself with the sport of wrestling. Stop comparing it in your mind to the staged lunacy of professional wrestling. Libraries and bookstores have books with the basic moves broken down. How much better you will feel when you know that you are looking at a cradle and not some unclear torture. Read up on the various moves so that you will know what you are looking at! It is ignorance that breeds fear of the sport.

The life lessons learned in wrestling are too valuable for your son’s to lose out on. Yes, I will have that familiar sick feeling in my stomach as my son begins his wrestling career; but I also know that he will become the fittest he will ever be in his life! He will also learn responsibility and accountability because he will have no one to blame if he loses..but perhaps best of all can be proud of himself and credit himself when he wins! He will learn that he must stick to something and see it through in order to taste sweet success. He will realize that he can push himself further than he might have thought and accomplish more than he ever thought possible. Wrestling demands that you challenge yourself mentally as well as physically.

Wrestling builds character and molds many boys into successful men, some who even may have gone down a different road without the camaraderie and discipline that wrestling offers. I have heard it said many times, that when it came to offering someone a job, all things being equal, if one candidate reveals that he was a wrestler, anyone who knows what just a full season entails will take a chance on the wrestler hands down! Friendships made on the mat and on wrestling teams often become lifelong bonds. I know I want this for my son! I will proudly say my son is a wrestler!

Dan Gable may have said it best, “.Many have wrestled without great skill, but none without pride!”** Note my son now ,almost 20 years later from the writing this article, is a Federal Officer.. I guess Wrestling was good for MY SON!! 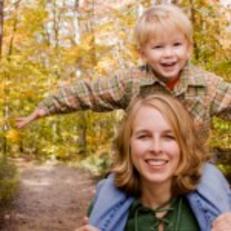