In a EIWA dual match-up Binghamton upended host LIU-Post, 28-13, and won six of the ten bouts in a well-contested meet.The Bearcats were led by two-time NCAA All-American Lou DePrez (19-3, 97-19 career), who edged tough Nunzio Crowley with a key low single leg takedown for a 3-2 victory at 197 pounds. Other Bearcat standouts were senior Anthony Sobotker (16-9) who used a barrage of takedowns for a solid 11-3 major decision at 133, along with Jacob Nolan and Joe Doyle. Sobotker, a former All-State grappler from North Babylon HS, is currently the nation's pin leader with 11 falls. Jacob Nolan (Saranac HS) applied a tight overhead cradle for his win at 174 and Doyle (11-6) flattened his foe at the 1 minute mark of their 285-pound bout.

LIU opened the team scoring in the dual as Rhise Royster posted a solid 4-2 verdict at 157 pounds. Other Shark winners were Robbie Sagaris (125), Devin Matthews (141) and Drew Witham at 149. Matthews used a nice single-leg cutback counter for a 11-3 major decision and Witham (Corning HS)  was embroiled in a back-and-forth bout against Nick Lombard. Whitman applied a leg split for an early lead, but Lombard rallied to pull the match within a point. Witham responded with a decisive third period single leg takedown for an exciting and entertaining 14-13 win to conclude the action in the dual.

Binghamton head coach Kyle Borschoff (Pittsford HS) is a former NYS champion and now enters his fifth season. Coach Joe Patrovich has been at the helm of the LIU-Post program for seven years. He is considered one of the elite coaches in the state, as he has been inducted into three Hall-of-Fames: Suffolk County, New York State and the National Wrestling Hall of Fame. 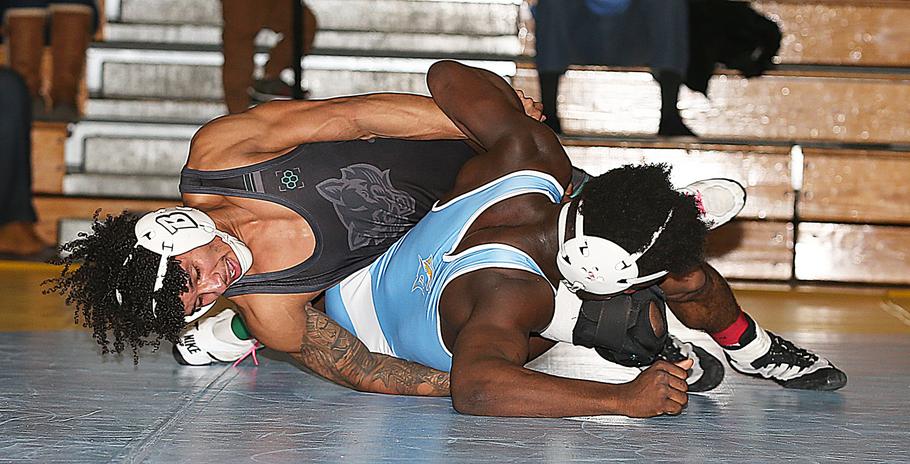 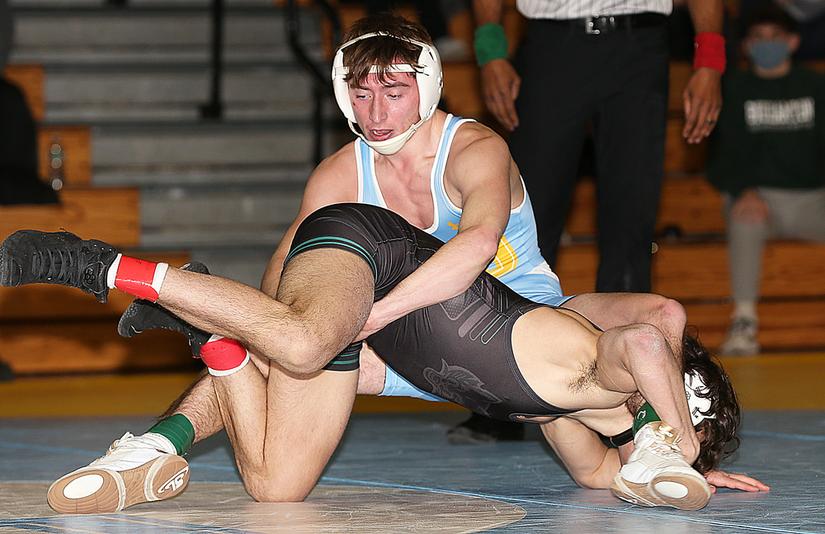 ​IN AN EIWA DUAL 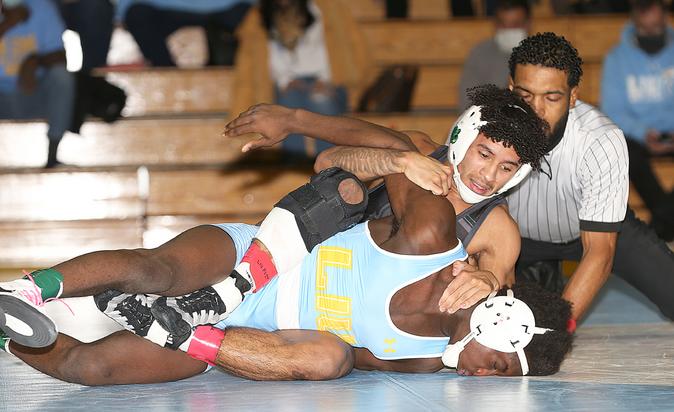 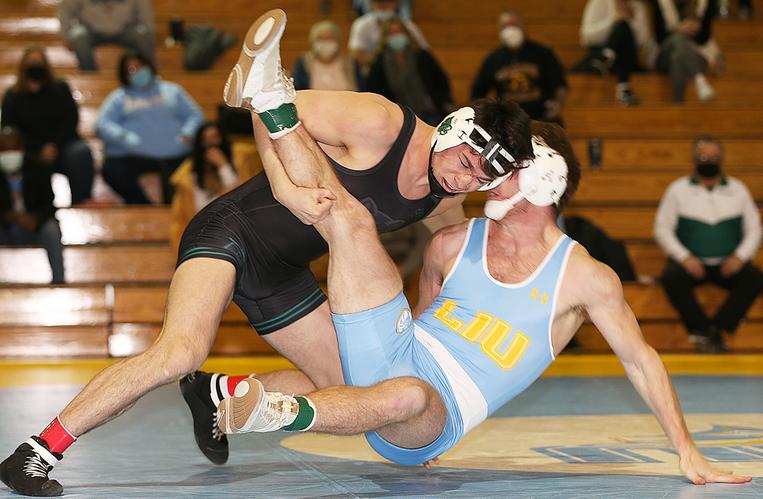 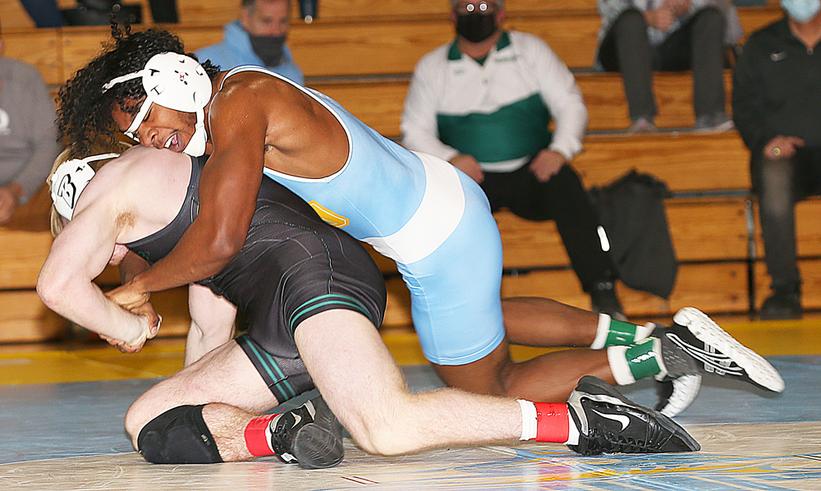 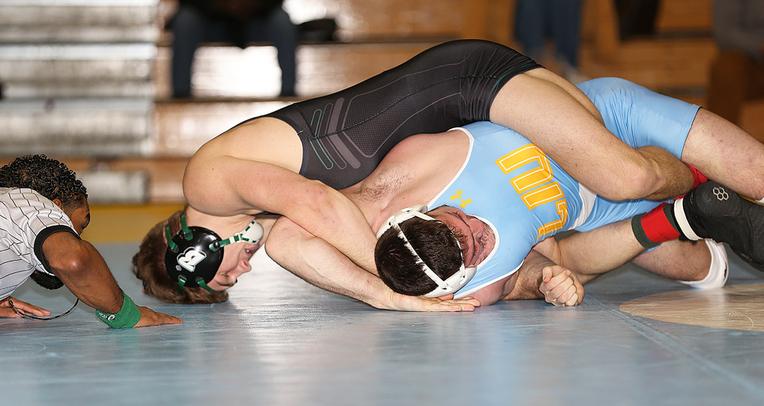 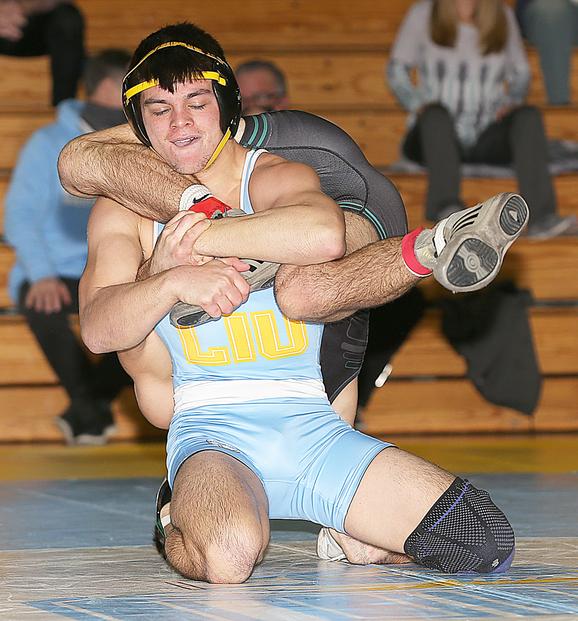 Binghamton's Cory Day works for a near fall at 184 pounds.

Binghamton's All-American Lou DePrez holds off a late charge from LIU's Nunzio Crowley en route to a 3-2 decision at 197 pounds.

LIU's Rhise Royster started the meet off with a big win for the Sharks at 157 pounds. 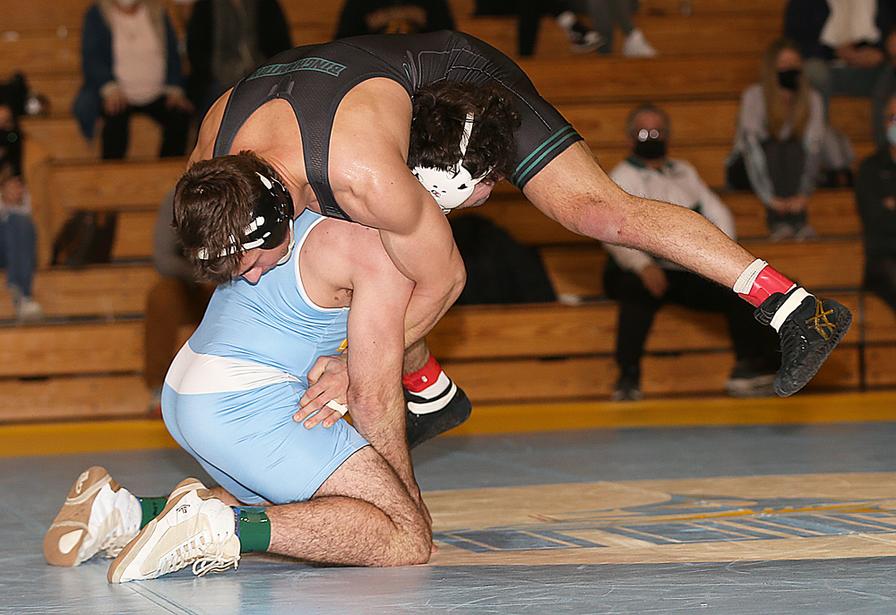 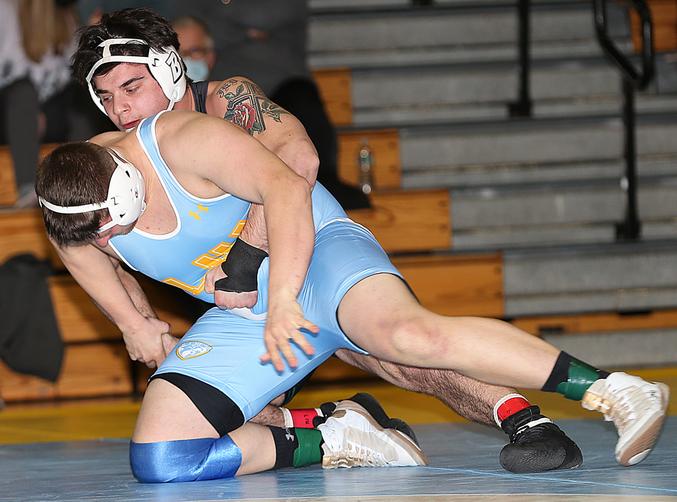 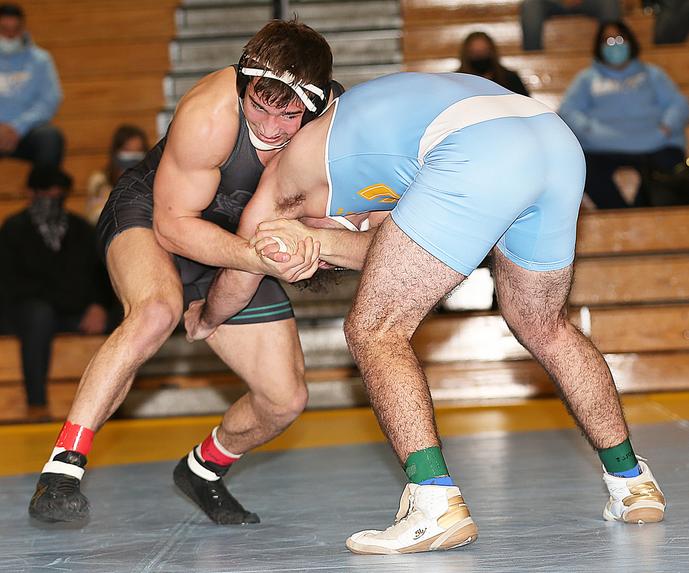