Post's Matt Langan is in deep on ESU's Erik Januskowick scoring a major decision at 149 pounds.

Post's Joe Calderone uses an overhead cradle to secure the fall at 133 pounds. 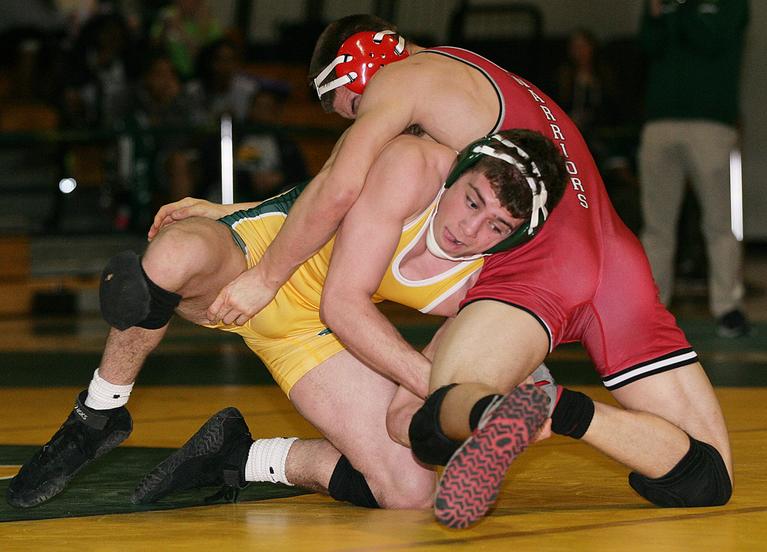 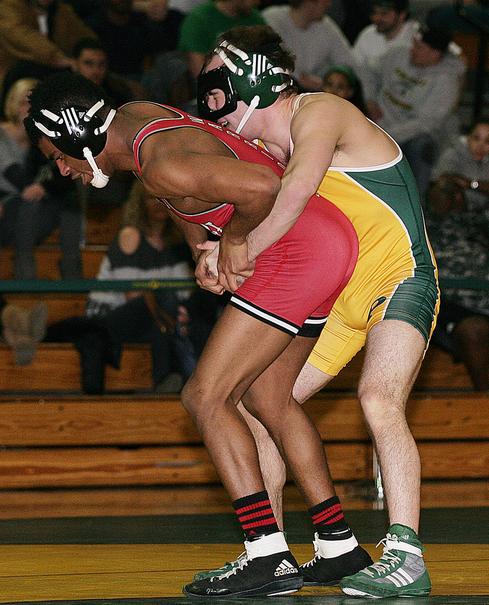 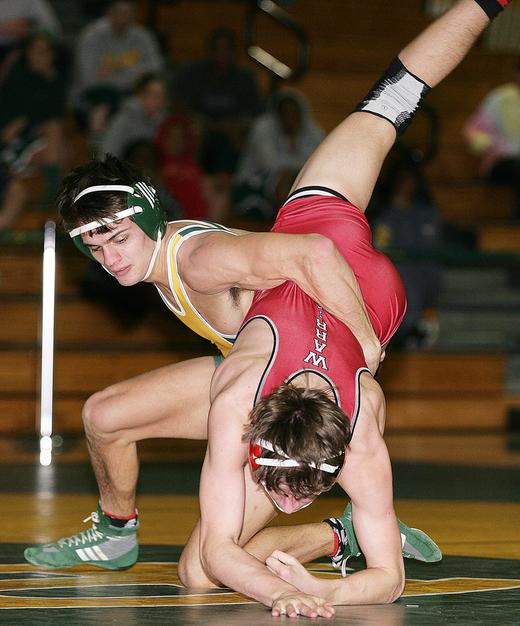 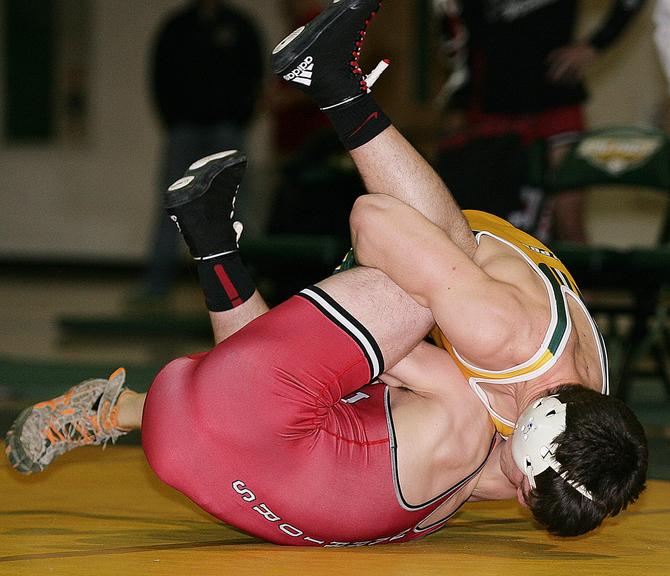 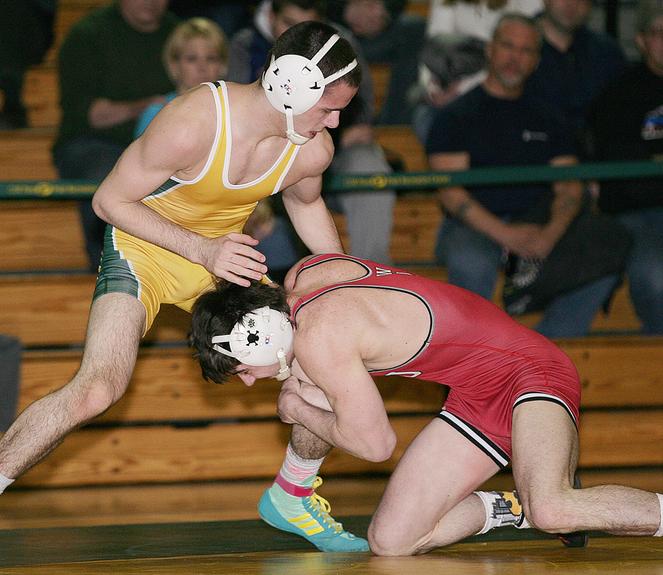 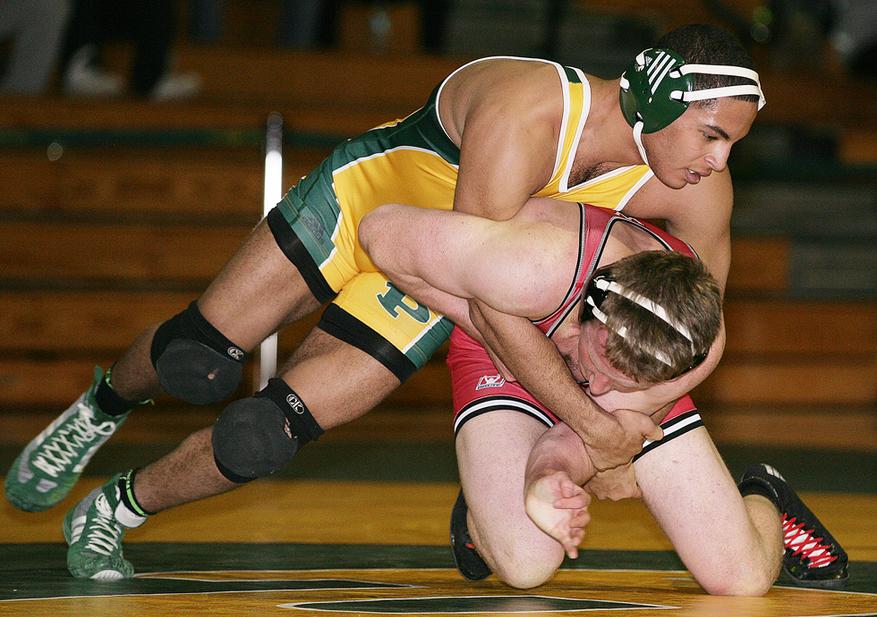 MAT NOTES...   LIU Post won their fourth dual of the season against PA rival East Stroudsburg before an enthusiastic crowd at the Pratt Recreation Center in Brookville. The Pioneers won five consecutive bouts including freshman Joe Calderone (Walt Whitman HS ), as he clamped his opponent with a tight overhead cradle at the :59 second mark in his 133-pound bout. Other standouts were Matt Langan (Wantagh HS) and Jackson Mordente (Sachem East HS) as both posted major decisions in their respective bouts, along with Ed Ramirez, Jr. (Amityville HS) who blanked his opponent at 165 pounds. First-year head coach Joe Patrovich and able assistants Ryan Patrovich and Michael Zimbler had the Pioneers primed for the dual and now are preparing the team for their next match vs Shippensburg (PA), and then the Super Region I Tournament on February 27th -28th.