Defending Nassau County champion Joe Manfredi from Herricks is in control at 110 pounds. 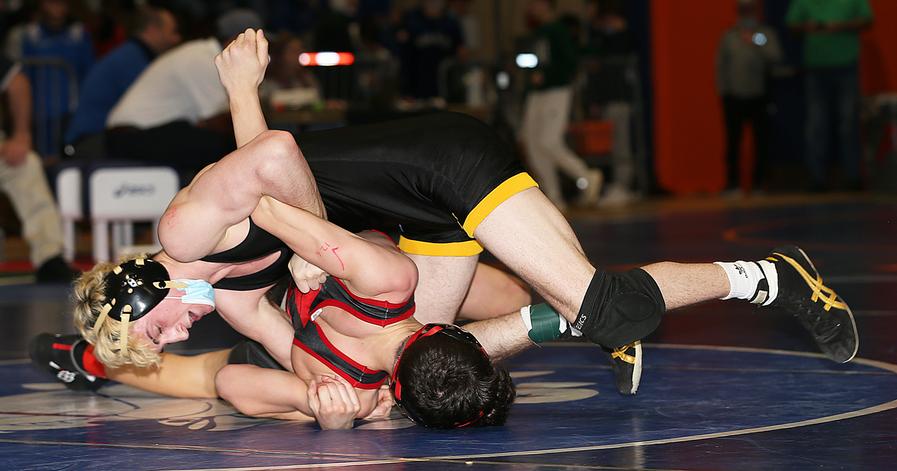 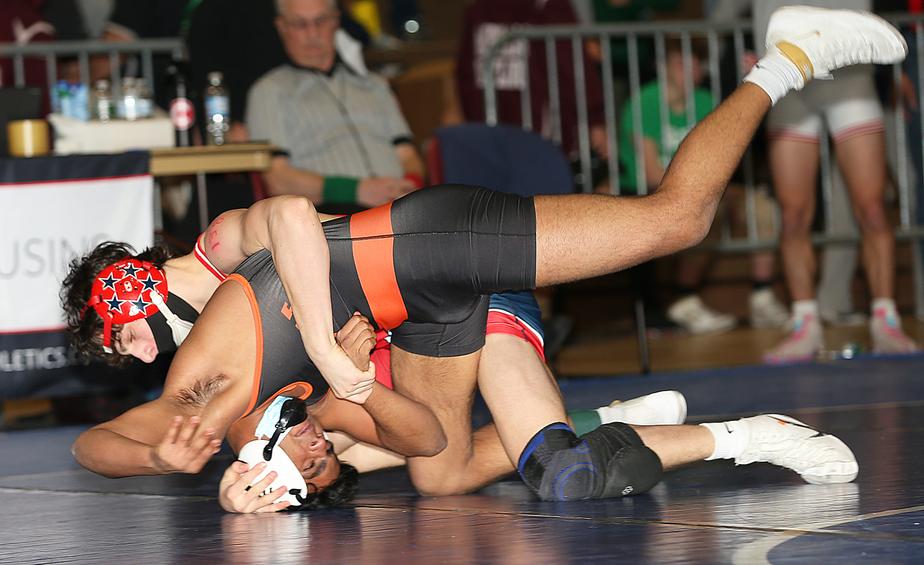 Massapequa's Anthony Conetta works for a takedown to advance at 145 pounds.

Top seeded Joe Clem (38-0) of Wantagh works for the fall  in the preliminaries.  Clem went onto to win the gold medal at 118 pounds and helped the Warriors win the county team title. 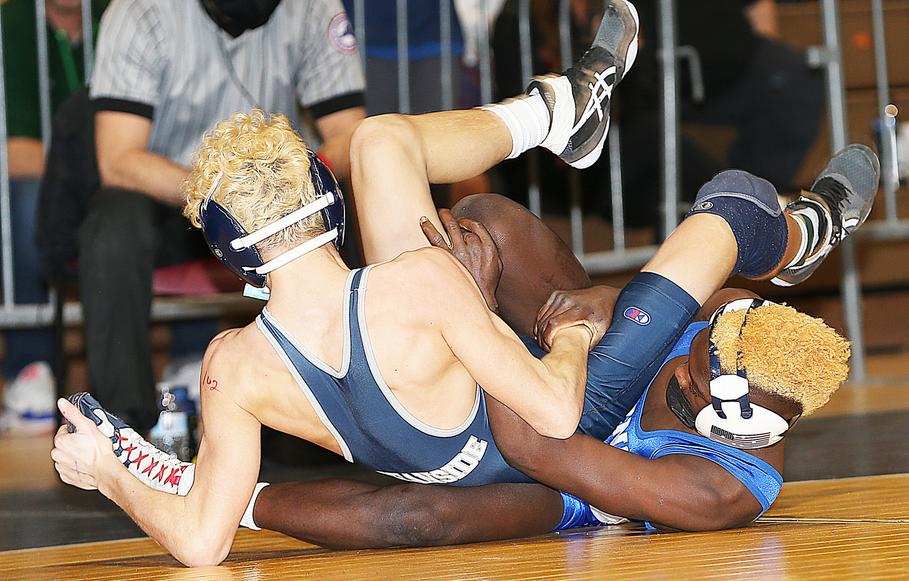 Dunia Sibomana, an 8th-grader from Long Beach, works for a near fall in the early rounds of the Nassau County Tournament. Sibomana, the top seed at 102 pounds advanced to the quarterfinals. 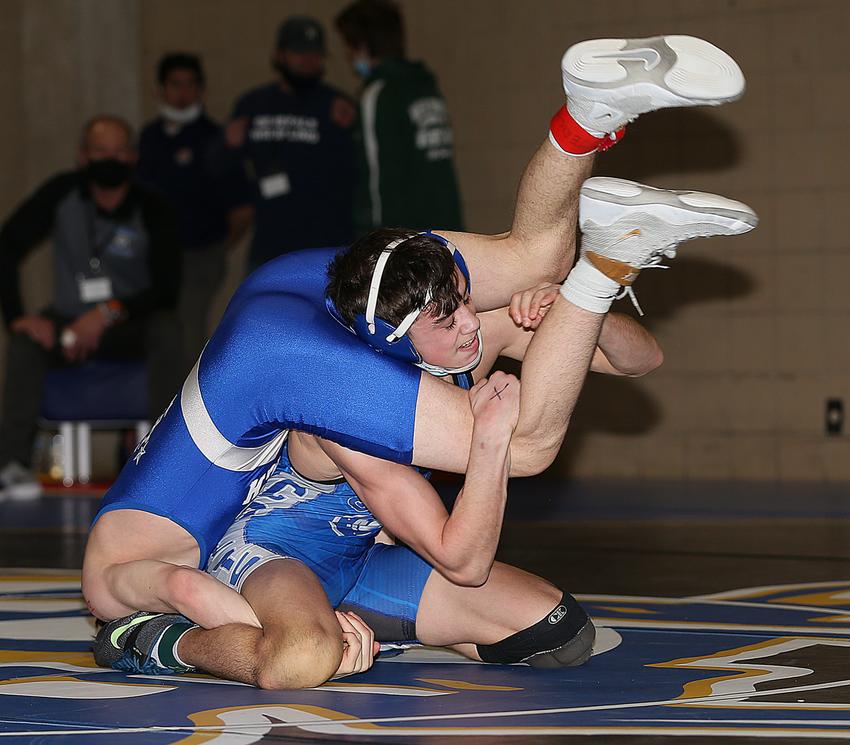 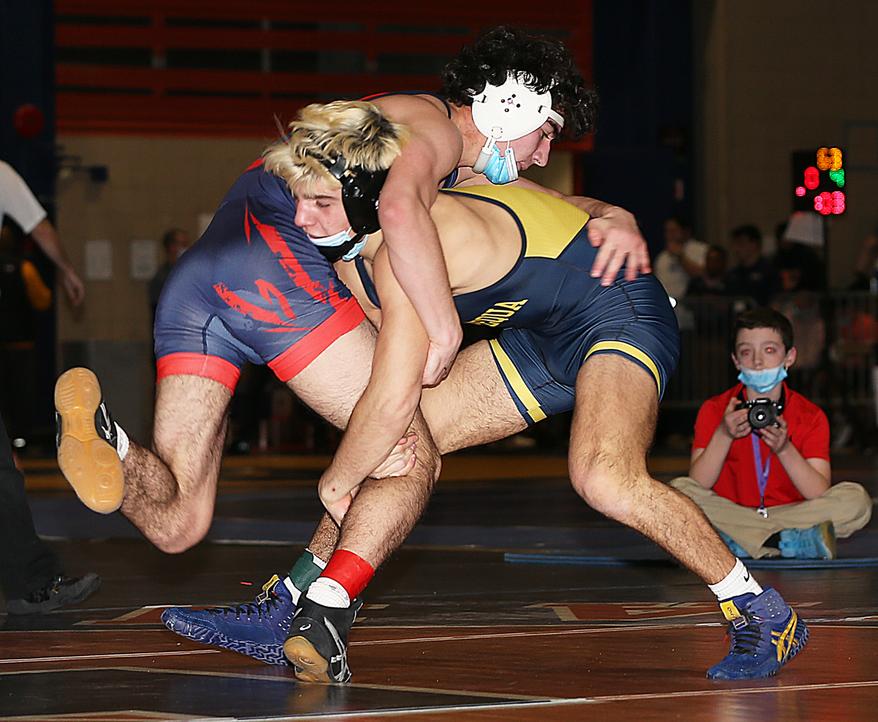 Wantagh (32-1) won the Nassau Dual Meet title and finished as finalists at the NYS Dual Meet Championships to Minisink Valley (28-0). The Warriors added the Nassau Championships to their impressive resume for the season, as they tallied 240 points to easily outdistance Massapequa (213.5). Wantagh won the team title back in 2018. Wantagh crowned four champions; Joseph Clem (38-0) at 118, Ryan Arbeit (126), two-time state placer and reigning champ Ben Rogers (32-0) at 152, along with Noah Corwin at 172. The Warriors also added state meet qualifiers with Anthony Clem (36-5), twin brother of Joseph, at 110 and Ryan Arbeit who edged highly touted Ariel Waldman (Hewlett), 6-4 OT at 126 to earn his state berth.

Massapequa's lone champion was Anthony Conetta, a returning state medalist who improved to 38-2 on the season, he is one of the top 145-pounders in the state. The Chiefs will also send four other matmen to the state championships.

Sibomana's road to the championship is nothing short of incredible. Eight years ago, he, his brother and cousin were attacked by a band of wild chimpanzees while playing in the Congo. Thankfully, he survived the attack but sustained serious injuries to his face. He came to the US in 2015 and had surgery at Stony Brook Hospital. During that time, LB's assistant coach, amicable Miguel Rodriguez adopted him, and has taken him under his wing. LB's head coach venerable Ray Adams (26 years) reflected on his young wrestler: "He is an awesome young man: kind, hard working and humble." Sibomana's road will continue to the state championships, from Africa to Albany. 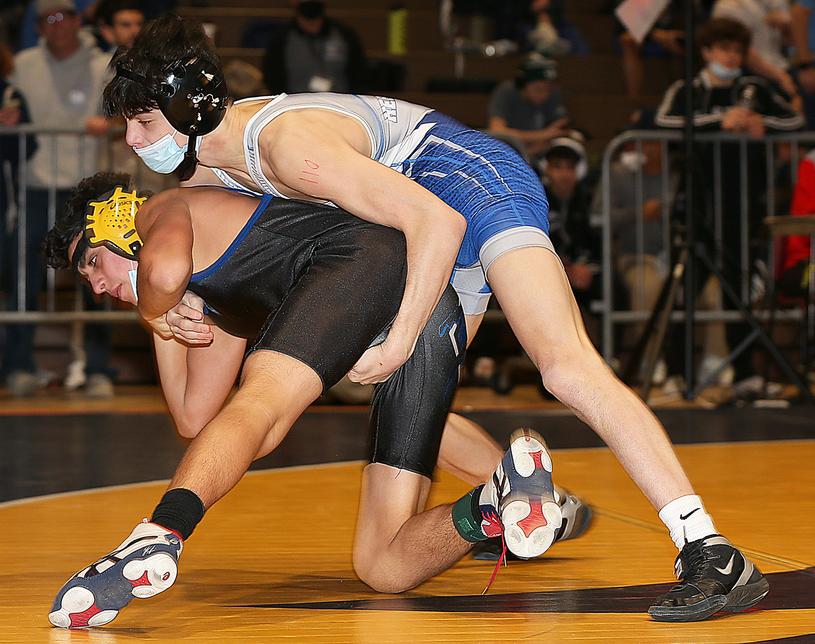 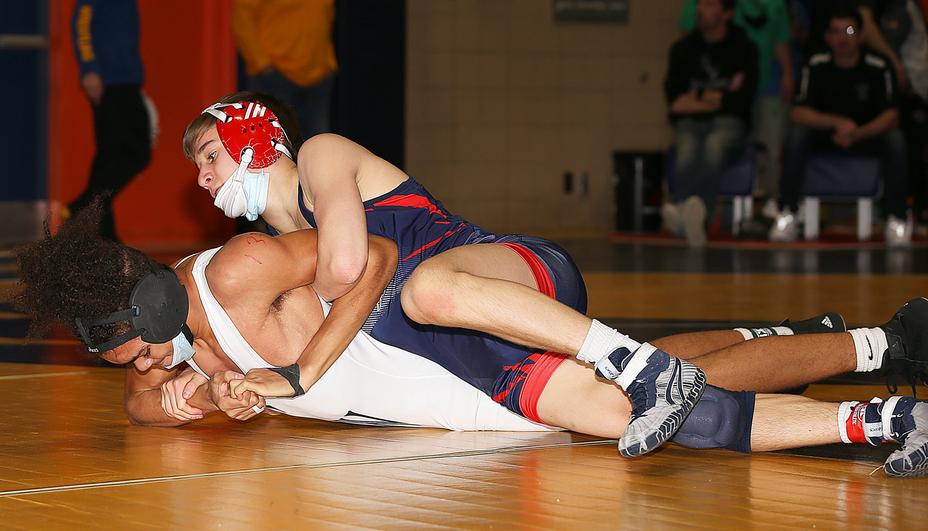 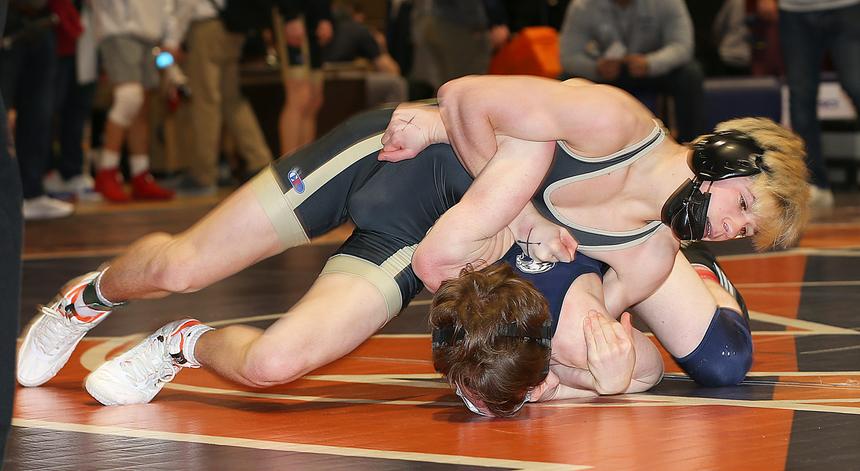 MacArthur's Killian Foy works for a fall at 138 pounds.