Hunter Scutellaro of Massapequa had some dual meet Championship run at 120 pounds. After pinning the number one ranked Michael Killard from Wantagh in the semis he beat the number three ranked Matt Maquet of Long Beach 5-3.

In a battle of the top upper weights in Nassau county, Long Beach's Tyreek Bromley uses this under over for a fall against the Chief's Paul Brachfeld at 195 pounds. 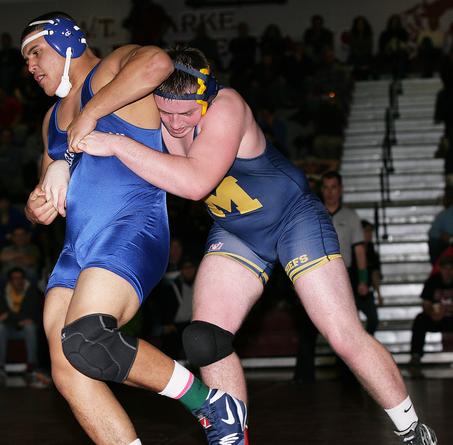 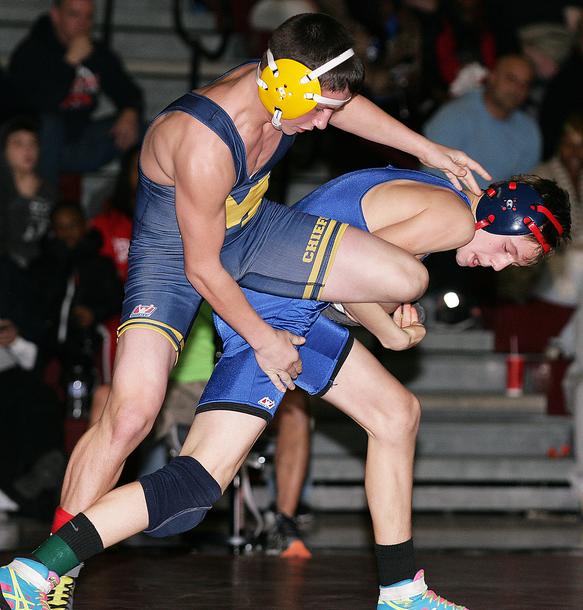 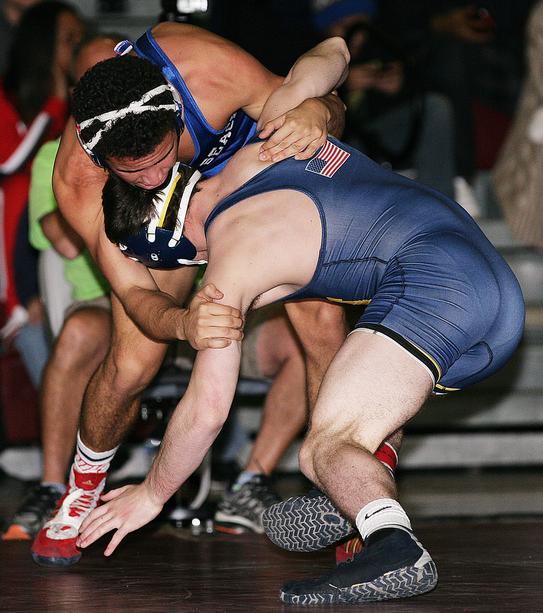 Nassau's number one ranked Elijah Rodriguez of Long Beach uses his whip over for a fall at 182 pounds.

The Marines of Long Beach (17-0) kept their number one ranking in New York State by reeling off 30 unanswered points against the Massapequa Chiefs in the Nassau County Dual Meet Championship final to win 46-15. The latter half of Long Beach's line up proved to much for Massapequa (20-2) to handle. After battling the Chiefs to a 16-9 lead, Massapequa's Travis Paradiso used his throw to a fall at 138 pounds to close within one. But the Marines went on a tear with a pair of upsets from Marc Paez at 145 and Charlie Spada at 152. Number one ranked Tyrese Byron scored the first of four straight pins. to close out the scoring. One of the premier matches of the evening came in the final bout as Long Island's top-ranked 182 pounder Tyreek Bromley pinned top ranked Paul Brachfeld at 195 pounds. 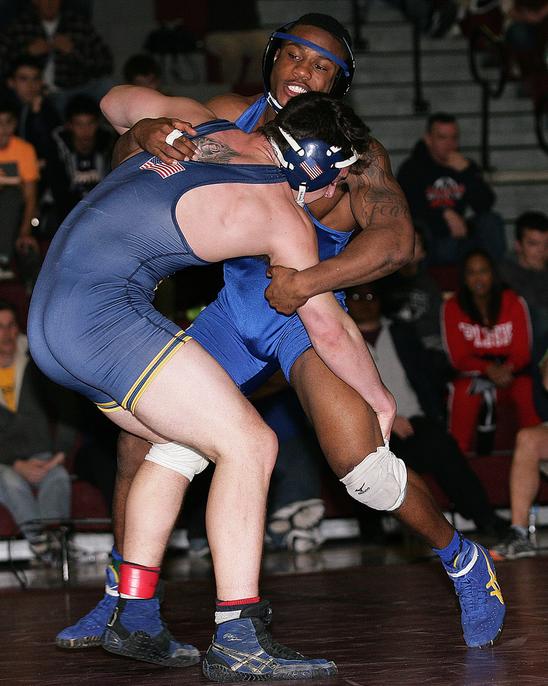 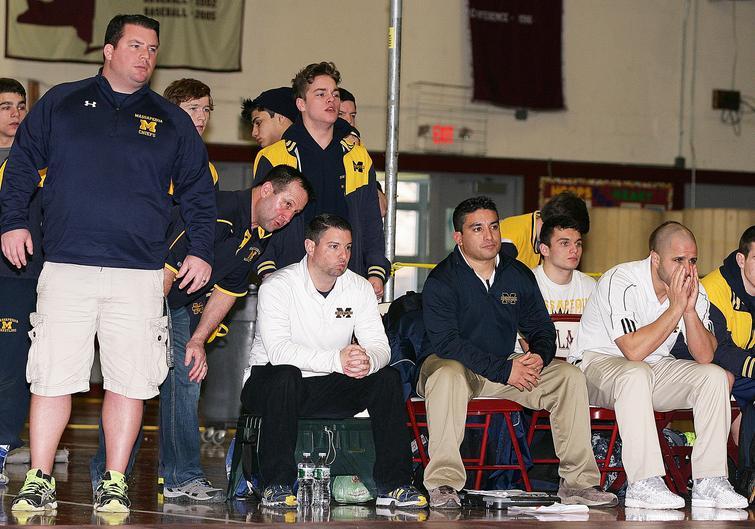 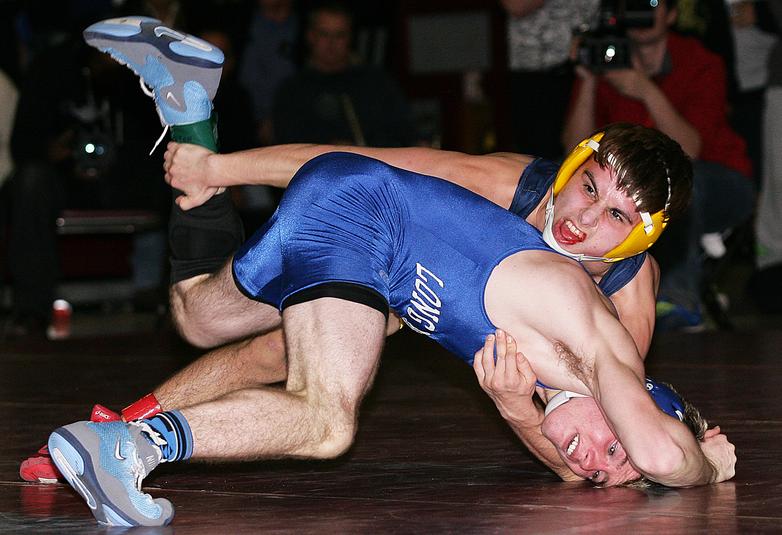 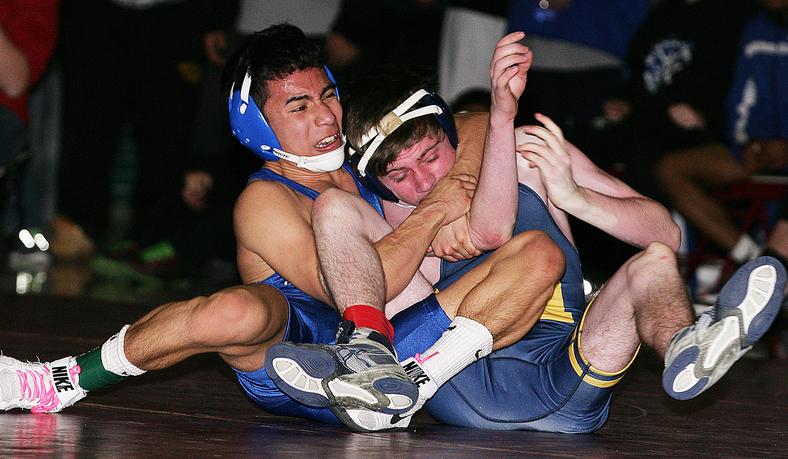 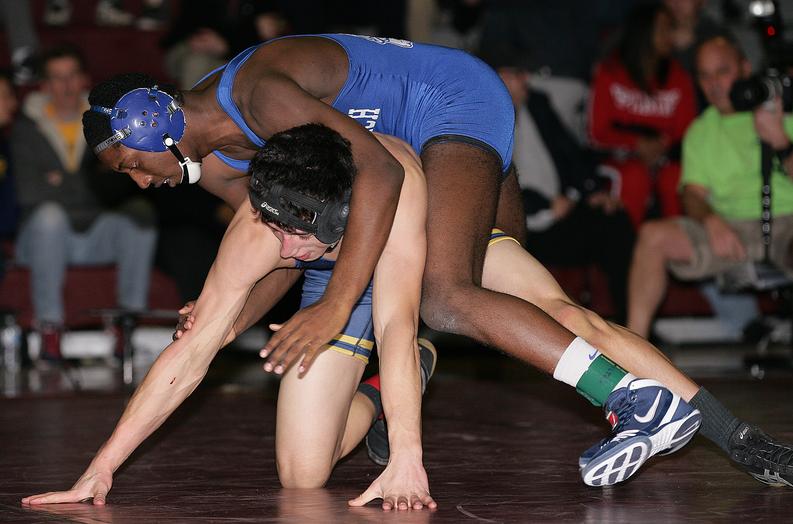 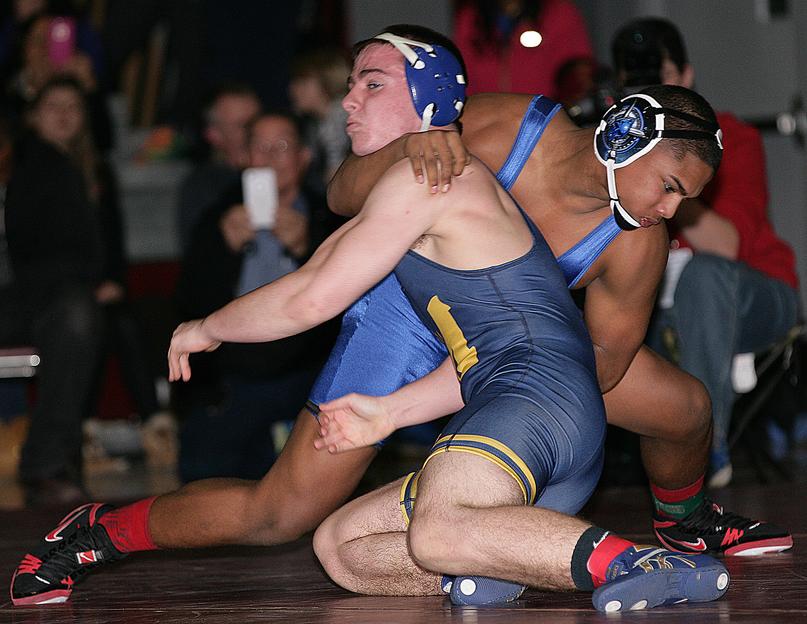 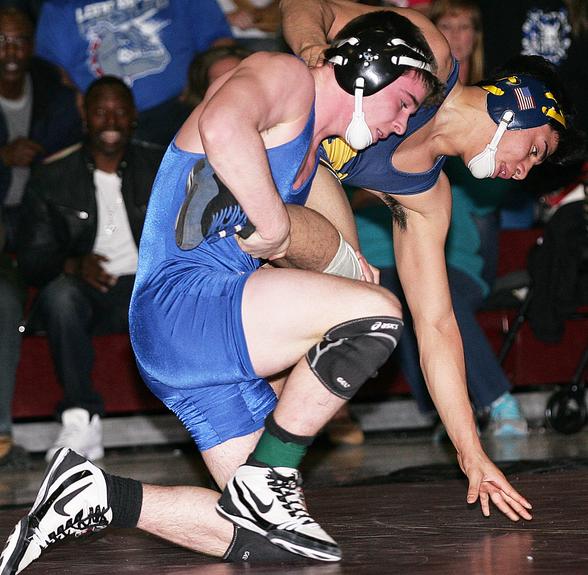 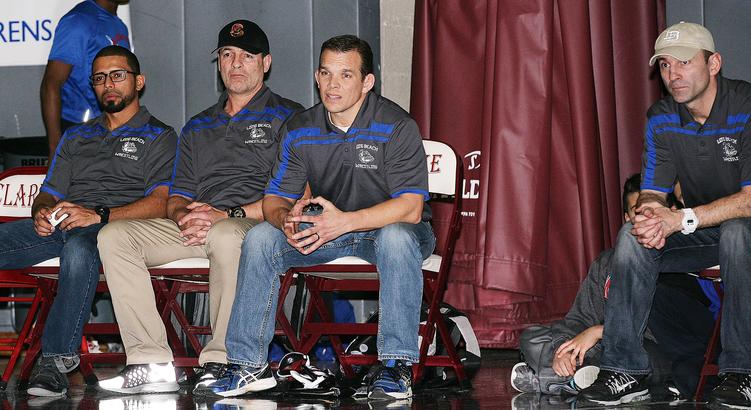 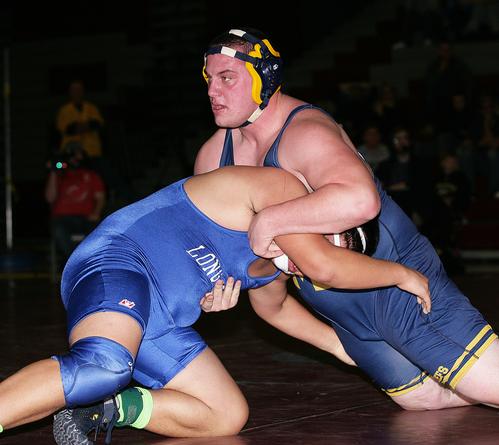 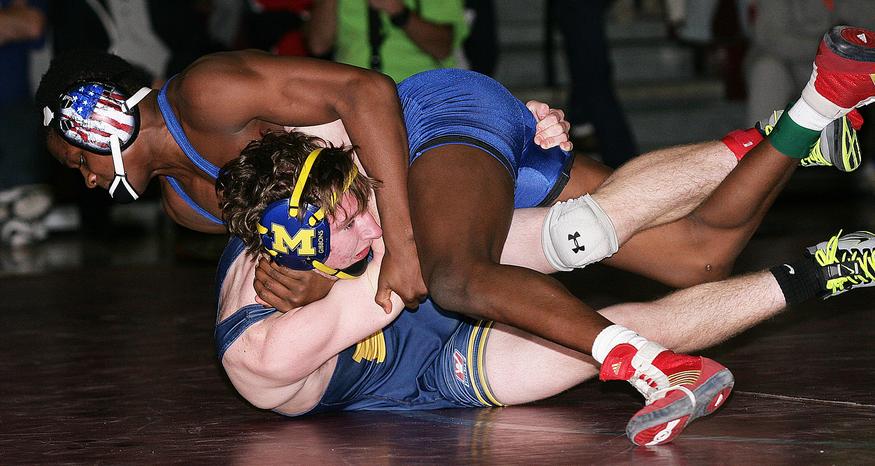 Massapequa's Travis Paradiso works his throw to a fall at 138 pounds to bring the Chiefs to within one point in the the team score. 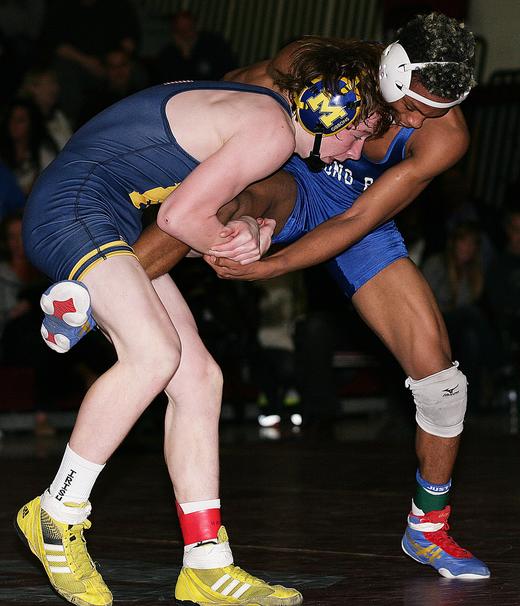