Defending three-time NCAA team champion Penn State has the inside track and is the favorite to claim their fourth consecutive NCAA mat title. A total of 330 wrestlers, including seven and two former champions headline the field at the 84th annual NCAA Wrestling Championships at the Chesapeake Energy Center in Oklahoma City on March 20th - 22nd.

Other defending champions include Jesse Delgado (25-2) of liinois at 125 and Logan Stieber (25-1) of Ohio State at 141. Stieber could face undefeated Mitchell Port of Edinboro, who boasts a 26-0 mark in the finals. Top tier teams that will pose a challenge are Cornell, Ohio State, Missouri and Nebraska.  The Big Red have two NCAA All-Americans, bronze medalist Nahshon Garrett (30-1) at 125 and Mike Nevinger (14-4) at 141, along with true freshman Gabe Dean (35-2) at 184 pounds. Coach Koll also has New York products Brian Realbuto (33-7) at 157 and Dylan Palacio (29-7) at 165, both are possible NCAA medalists.

New York State has 20 NCAA qualifiers, including returning AA Nick Gwiazdowski (38-2) of NC State, he is #2 rated and a potential NCAA finalist. Gwiazdowski, along with the trio of the aforementioned, Nevinger, Realbuto and Palacio give the Empire State a formidable team. Of the 20 qualifiers, 14 are former NYS champions. Cornell won their 8th straight EIWA title and qualified eight wrestlers for the NCAAs. The Big Red could land amongst the top teams and bring home a trophy. Hofstra finished fourth at the EIWAs and advanced four to the NCAA meet, including champion Joe Booth (32-7), he is ninth-seeded at 165 and could face David Taylor in the quarterfinals. The Pride also have veteran Luke Vaith (28-6), #8 at 141, Jamie Franco (21-13) at 125 and Cody Ruggirello (25-9) at 149. Vaith could meet unbeaten Mitchell Port (Edinboro) in the quarters and Franco has tough opening bout with second-seeded Nahson Garrett (Cornell).

There are only four undefeated wrestlers in the NCAA Tournament, the aforementioned Port, Taylor, Devin Carter (14-0) of Virginia Tech at 141 and top-seeded Jimmy Sheptock (28-0) of Maryland. Sheptock could face the winner of the Dean-Ruth semifinal, in a brawl for the 184-pound crown.Kyven Gadson (25-2) of Iowa State is the son of the late Willie Gadson, a former Huntington HS star and a NJCAA champion, Kyven drew the fifth-seed at 197 pounds.  Pennsylvania leads are home states with an impressive 63 NCAA qualifiers. The 2015 NCAA Division I Wrestling Championships are at the Scottrade Center is St. Louis on March 19th-21st. 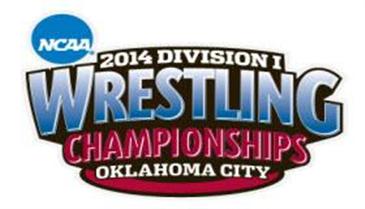