Defending team champion Penn State returns four NCAA titlists and will be seeking their eighth national title. The Nittany Lions, and head coach Cael Sanderson, now in his 10th season, will be challenge by 2018 runner-up Ohio State, along with a well balanced and Big 12 champions Oklahoma State squad. Both Penn State and Okla State finished the dual meet season unbeaten and currently are ranked one and two in recent polls.  Other top tier teams are perennial power Iowa with Big Ten OSW winner Alex Marinelli (23-0) at 165, MAC team champions Missouri, Michigan, the Big Red of Cornell, NC State and Minnesota.

At the 2018 NCAA meet, two true freshman garnered titles; Spencer Lee (18-3) at 125 of Iowa and Yianni Diakomihalis (Hilton HS) of Cornell. As many will recall Diakomihalis (24-0, 58-1 career) suffered a knee injury in the quarterfinals vs Dean Heil (Okla State) and was able to defeat three quality opponents en route to the 141-pound crown.

Other NY natives include the Binghamton group of Anthony Sparacio (28-10) of North Babylon at 141, the DePrez brothers that hail from Hilton, Vincent (25-10) at 174 and highly-touted freshman Lou DePrez who has a 30-5 mark at 184 pounds.

Also in the mix for New York will be Parker Kropman (10-8) of Penfield, now Drexel at 149, East Islip's Jesse Dellavecchia (24-5) of Rider at 165, along with Kevin Parker (22-11) of Shenendehowa, now Princeton at 184, and the Big Red of Cornell have Ben Honis (19-4) of Jamesville-DeWitt in the 197-pound class. Also look for Garden City's Tom Lane to vie for All-American status wrestling out of Cal Poly at 197 pounds.

The last time the NCAAs were held in Pittsburgh, the Steel City, was in 1957, won by Oklahoma (73 points), and host Pitt (66) finished as runners-up in the NCAA team race before a finals crowd of about 5,200 spectators. Buckeye head coach Tommy Ryan (Wantagh HS), now in his 13th season at the helm, boasts a solid lineup including a trio of returning All-Americans. At the 2018 NCAAs they had an impressive eight grapplers earn AA accolades and recently finished as Big Ten runners-ups. They are the only squad at the 2019 meet with ten qualfiers.

Look to Rutgers to have a solid showing and the Scarlet Knights will be paced by finalist and Big Ten winner Nick Suriano (24-3) at 133 and three-time All-American and Big Ten champion undefeated Anthony Ashnault (27-0, 118 career wins) who is currently top-ranked in the 149-pound class.

Long Island have 12 wrestlers that won NCAA Division I titles:

Both Gallo and Jantzen  won the OSW Award.

The Oklahoma State Cowboys, winners of an NCAA leading 34 mat titles, have a trio of solid lightweights;. the aforementioned Piccininni, four-time OK state champion and undefeated in high school, Daton Fix (30-1), a possible finalist at 133, and talented Kaid Brock (19-7) at 141 pounds. They also have a stable of six Big 12 champions and hope to improve on their 2018 NCAA finish. Also keep an eye on Minnesota  true freshman and Big Ten finalist Gable Stevenson (31-1), he had a stellar 210-3 career high school mark, and was a four-time Minnesota state champion, he is a  potential finalist in the 285-pound bracket.

At 141 pounds - Defending champ Yianni Diakomihalis is top seeded and possible finalist could be Joey McKenna (20-2) of Ohio State. Bryan Lantry has an opening bout with Okla State's Kaid Brock,  the winner will face McKenna in the second round. Also in the bottom bracket is Anthony Sparacio who will meet the 6th seed Michael Carr (12-5) of Illinois.

At 184 pounds - both Lou DePrez (11th seed) and Shakur Rasheed (2nd) are lodged in the bottom bracket. DePrez will face Mason Reinhardt (21-13) of Wisconsin in the first round. Rasheed will face Kevin Parker in an opening round bout.

At 197 pounds - Ben Honis (9th seed) could square off against - top seeded Bo Nickal in a possible quarterfinal match-up. Brett Perry will meet #2 - Kollin Moore (19-2) of Ohio State as a first round opponent.

Once again, Pennsylvania leads all states with a remarkable 53 NCAA qualifiers. Heading into the tournament there are only 12 unbeaten wrestlers: Jack Mueller (17-0) of Virginia at 125, Stevan Micic (14-0) of Michigan at 133 and Preston Weigel (11-0) of Oklahoma State at 197, along with the aforementioned; Piccininni, Diakomihalis, Ashnault, Nolf, Marinelli, Hall, Martin, Rasheed and Nickal.

The 89th edition of the NCAA Division I Wrestling Championships will feature a field of the nation's top 330 wrestlers that will seek to reach the podium at the 2019 NCAA meet. ESPNU and ESPN will televised the three-day event beginning Thursday at 12 noon. The tournament will be held at the PPG Paints Arena in Pittsburgh, PA, on March 21st-23rd.​​ 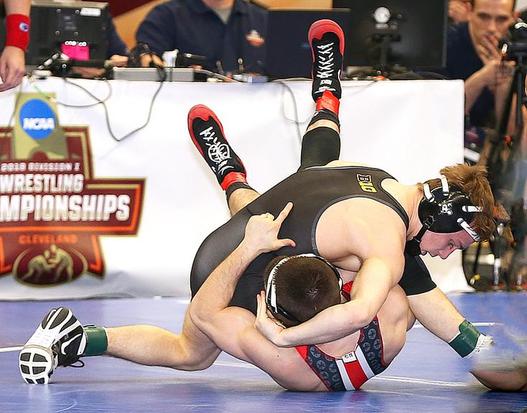 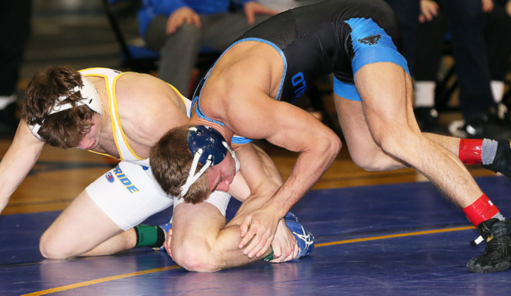 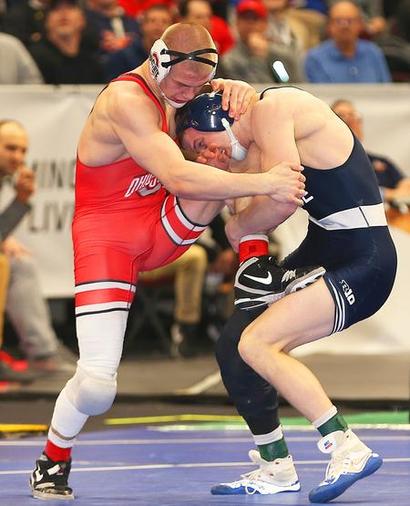 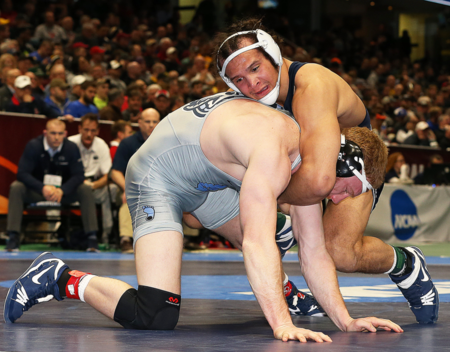 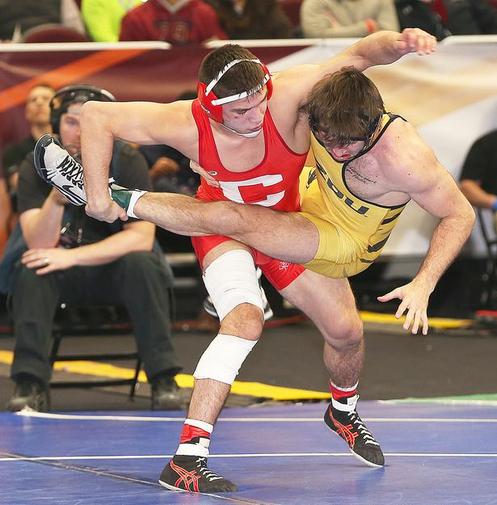 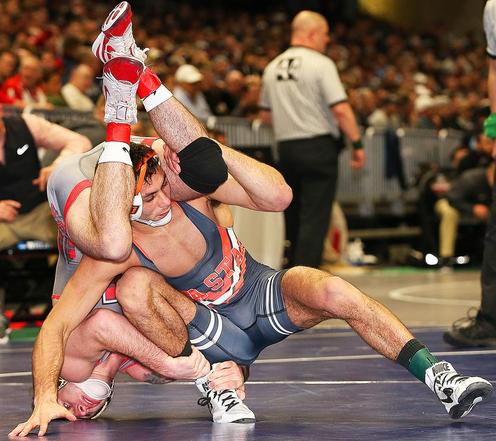 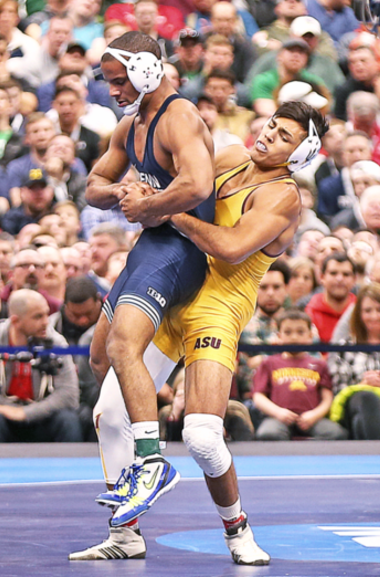 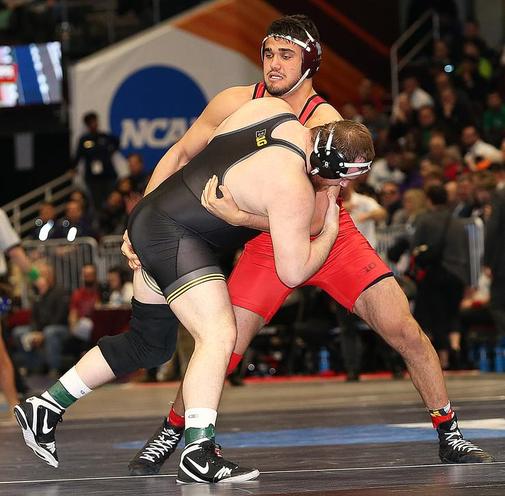