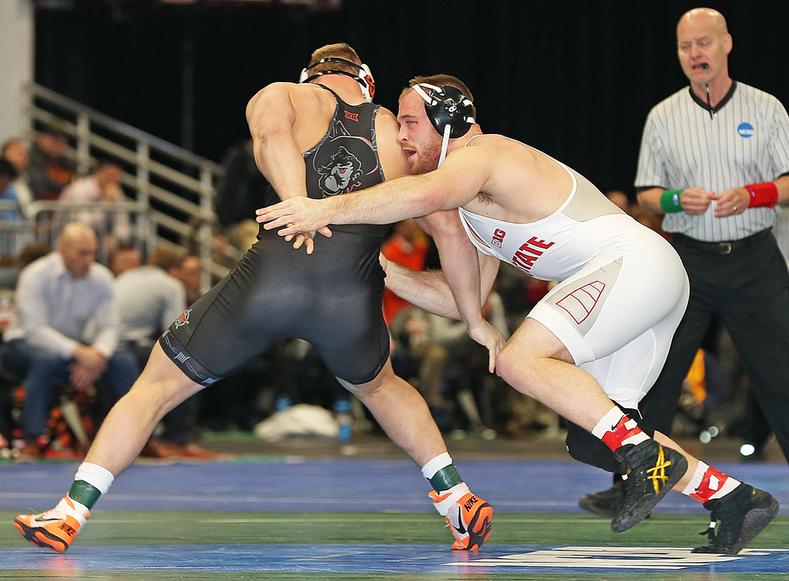 Cornell's Yianni Diakomihalis (32-1) defeated two-time NCAA champion Dean Heil (Oklahoma State), 6-5, in a tight quarterfinal bout. Diakomihalis, a true freshman trailed 3-0, but cut Heil in a third period and scored with a well-executed single leg takedown for an exciting 6-5 comeback victory, with what appeared with a slight knee injury. He will now face nemesis Jayden Eierman of Missouri in a semi final skirmish. His teammate Ben Darmstadt (33-1) also advanced to the semi final round at 197 pounds.

All the 12 returning NCAA champions advanced to the semi-finals and the possibility of a marquee match-up at 184 pounds could see Bo Nickal (Penn State) vs Myles Martin of Ohio State with a team title on the line.

of Cornell came from behind to defeat two-time NCAA Champ Dean Heil of Oklahoma State. Diakomihalis, a freshman, suffered a torn ACL in the process. 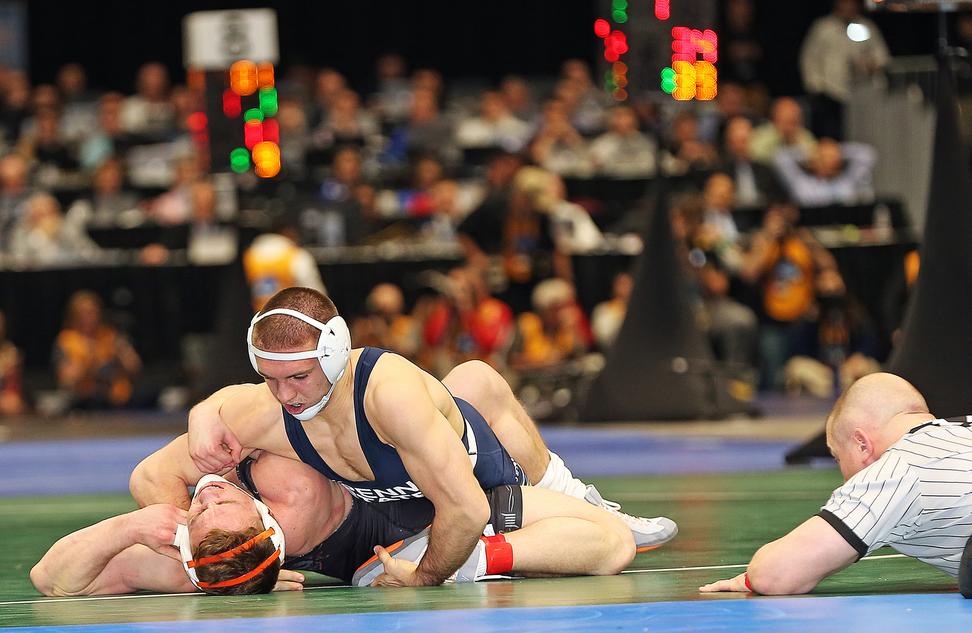 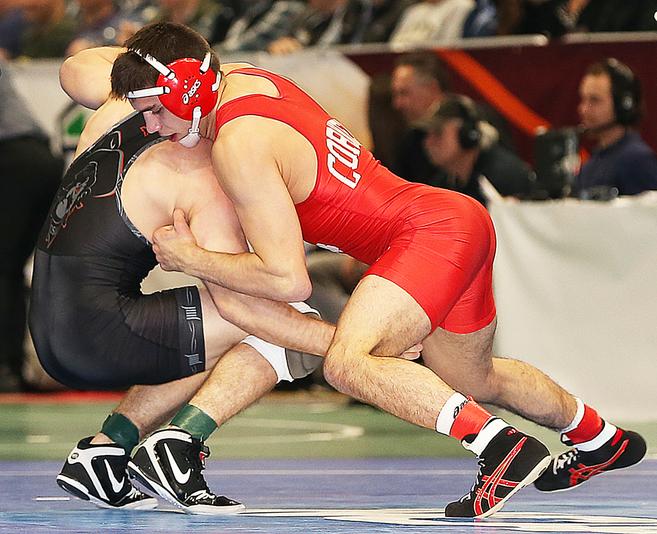 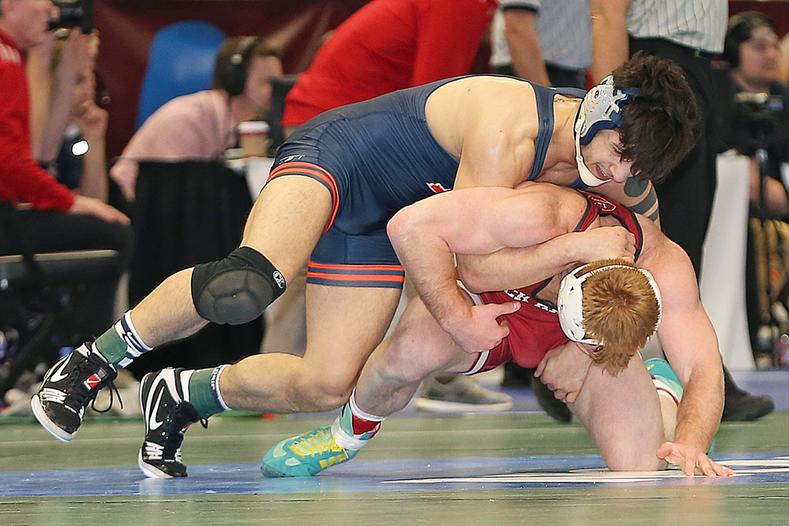 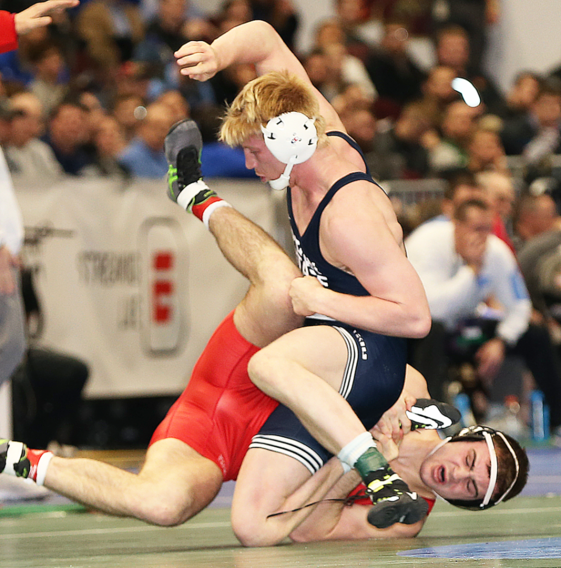 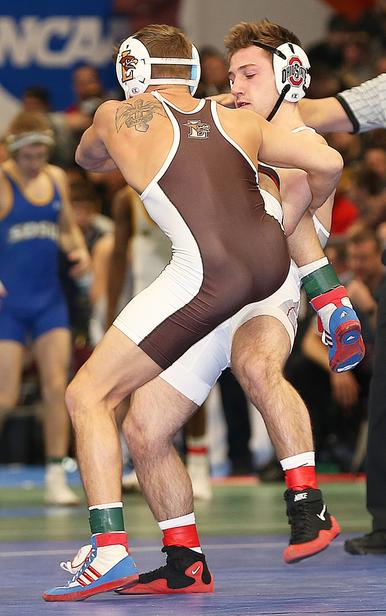