Long Island finally broke through to the winner's circle and emerged with two champions for the first time in the eleven year history of the tournament. Sophomore Matteo DeVincenzo (34-1) of Port Jefferson-XI and Hunter Dusold (35-7) of Locust Valley-VIII, claimed gold medals for their respective sections. DeVincenzo posted a solid 9-4 win at 106 and Dusold upset returning state winner Derek Spann, 3-1, in the 113-pound class.

The state leader in sectional team titles is Section Eleven with 22. They now have 164 NYS champions followed by Section Four (Binghamton) with 150 and Section Eight has 116 individual winners. Long Island showed their dominance at the 2014 state meet and garnered 12 state titles, along with a total of 46 All-State wrestlers. Islip's Joe Patrovich, a 2014 Hall-of-Fame inductee, had 309 dual meet victories and produced 8 state champions. The Empire State's leader in wins is six-time placer and four-time champion Quinton Murphy (302 wins) of Holley, he is now at Indiana University. The Paddock family have won a total of seven state titles, Ian was a three-time champ,  Paul and Burke each won two titles.

Hilton HS won the Divison I individual team title with 88.5 points and were paced by the DePrez twins; Vincent (1st ) and Anthony (2nd), along with younger brother Louie (3rd), they finished with a combined mark of 129-6, their teammate, the aforementioned Diakomihalis, finished third in Section Five as a 7th-grader and is unbeaten in state tournament competition, he is the top-ranked 106-pounder in the nation. East Islip with 52.5 points were team runners-up and had three place-winners, including Dennis Ferro. Throughout the season, Ferro wrestled his nemesis Zach Lugo, five times, winning three, including a 6-2 decision in the 5th place bout at 152. Locust Valley HS claimed the Div. II team title with 77 points and had four All-State grapplers.

The combined record of the Division I champions was an unbelievable 632 victories and only 11 defeats. Only seven champions remained unbeaten, Diakomihalis, Arujau, Piccininni, Passaro, DePrez, Rasheed and Sisti. 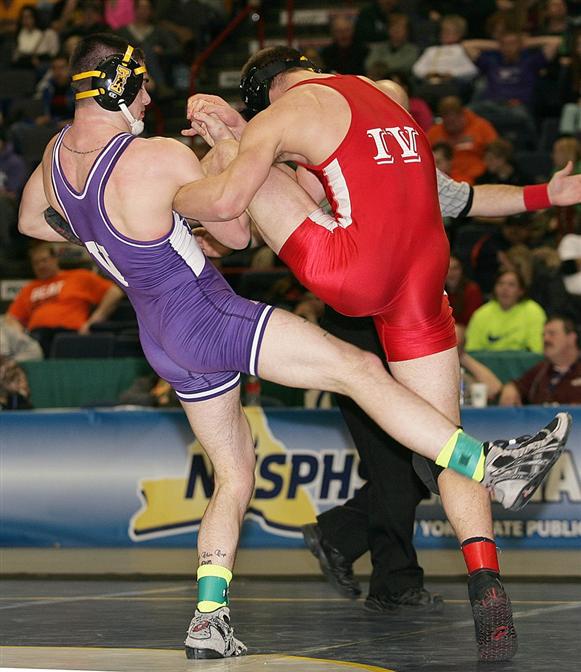 Friends Tony Marra of Nassau County (left) and Dave Smith of Suffolk (right) have been the longtime state trainers for their respective counties for over a decade.

Islip HS coach Joe Patrovich and his family at his induction into the New York State Wrestling Hall of Fame. Coach Patrovich had amassed 309 dual meet wins in his career and coached 8 NYS champions and 24 All-State wrestlers. He will be the new head coach at LIU-Post next year. 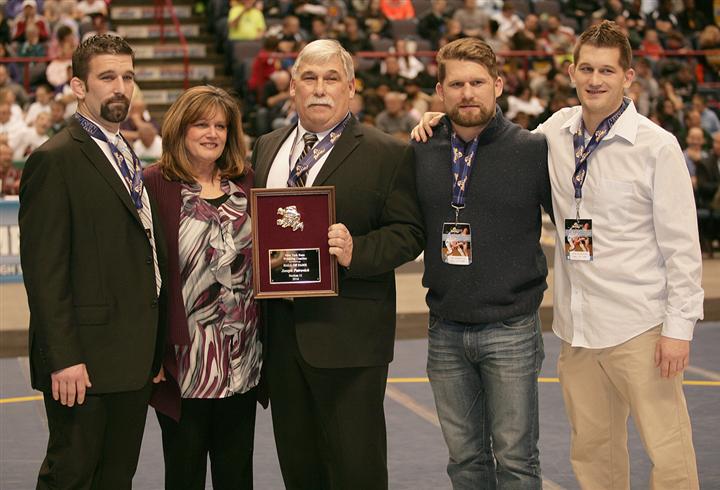 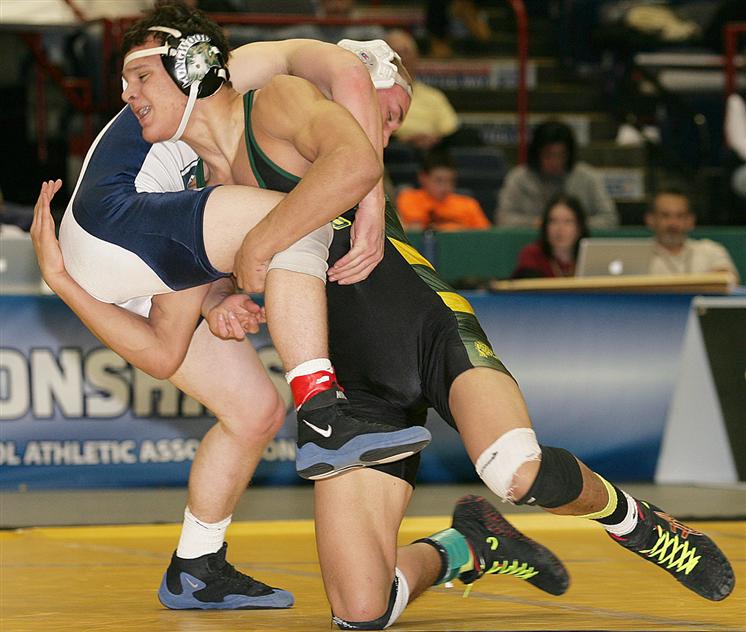 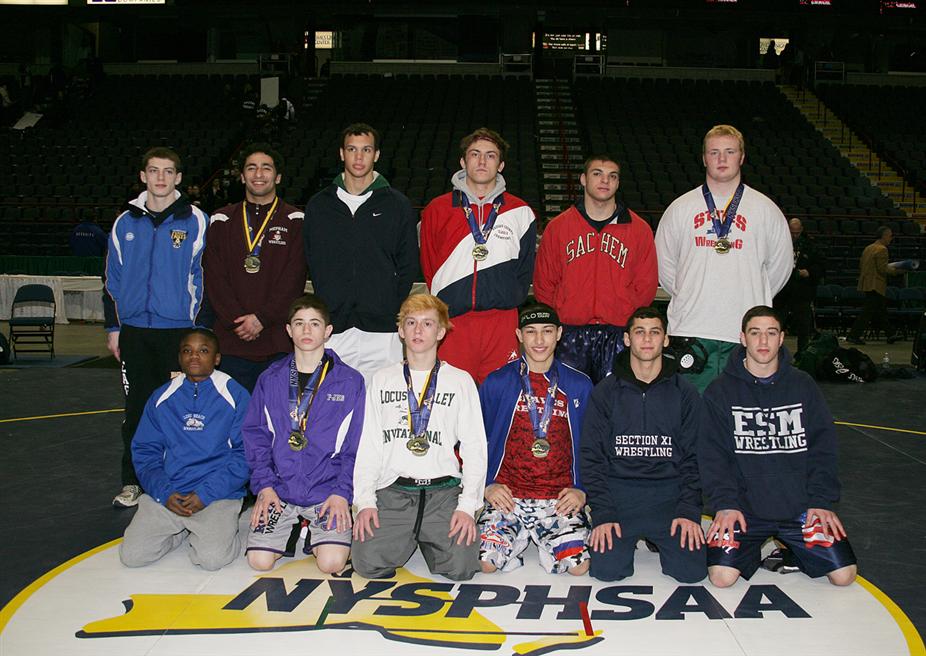 Burke Paddock of Warsaw leg trips Ryan Marszal of Unatego in Division II action. Burke won this 170 pound final and picked up his 300th win and was voted the Outstanding Wrestler. 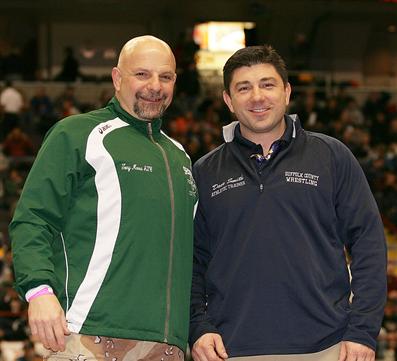 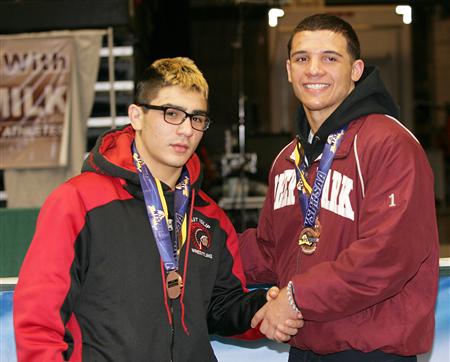 Longwood's Shakur Rasheed uses his high crotch to secure a takedown on Columbia's Angelo Kress. Rasheed won the 160 pound state title with a 14-0 decision and was voted the tournament's Outstanding Wrestler.

East Islip's Dennis Ferro (left) and Deer Park's Zach Lugo (right) were applauded by the crowd for their sportsmanship after wrestling each other for the fifth time this year.