All fourteen returning NYS champions advanced to the semifinal round at the 53rd annual NYSPHSAA Wrestling Championships at the Times Union Center in Albany. Defending sectional team champion Section Eleven has a commanding lead and is lead by three-time winner Nick Piccininni (224-5 career) of Ward Melville, who has recorded two tech falls at 126, and Chris Mauriello (203-20 career) of Hauppauge in the 160 pound class.

Section Five is currently in third place and is led by two-time champion sophomore Yanni Diakomihalis (175-3) who was has posted two falls at 120. Another Section Five returning champ is Dave Heberlein (51-2) of Alexander at 113 in Division II.

Norwich teammates and reigning champions Tristan Rifanburg (44-1) at 145 and Frank Garcia (44-1) at 152 have rolled into the semifinal round in their respective weight classes. Long Island Divison II champions Matteo DeVincenzo (39-0) of Port Jefferson and Hunter Dusold (30-2) of Locust Valley are both lodged in the 120 pound bracket.

Francisco Bisono of Hauppauge  hangs on to Travis Race of Fulton to win 10-3 at 170.

Jakob Restrepo of Sachem East bar arms Elias Kokalis of great Neck South. Restrepo came away with a 5-3 win at 152.

Brad Wade of Islip secures near fall points on Ricky Stamm of Levittown Division to win 8-1 at 138.

Vito Arujau of Syosset controls Dalton Powell of Suffern and picks up the fall at 132.

East Islip's Jesse Dellavecchia rides Mosignor Farrell's Matt Dietz and comes away with a 3-1 victory at 132.

Nick Piccininni of Ward Melville controls Dom Inzana of Saratoga picking up a 17-1 tech fall at 126. 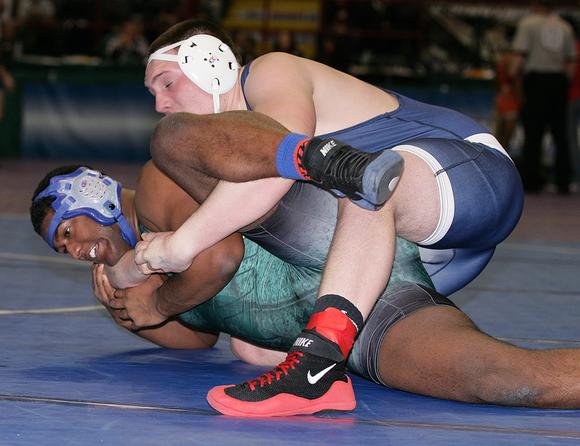 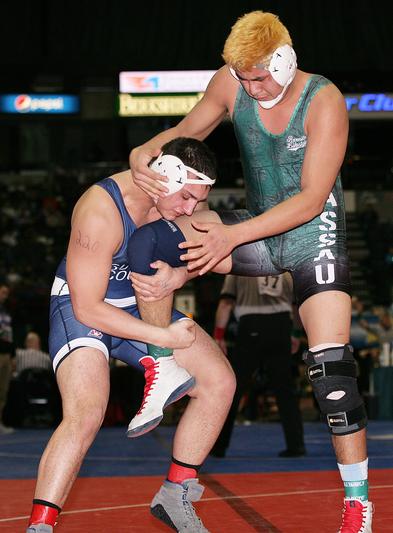 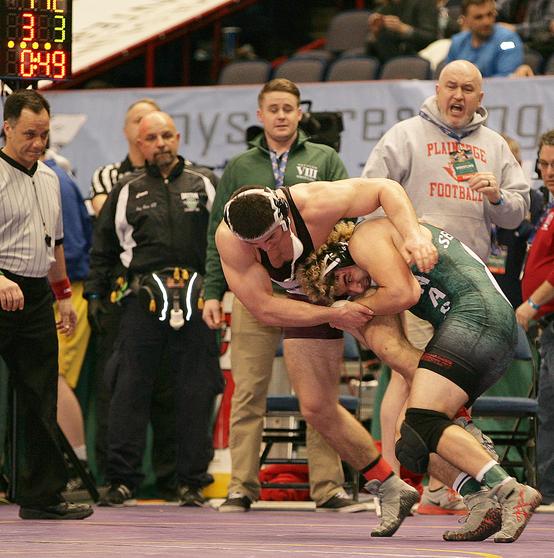 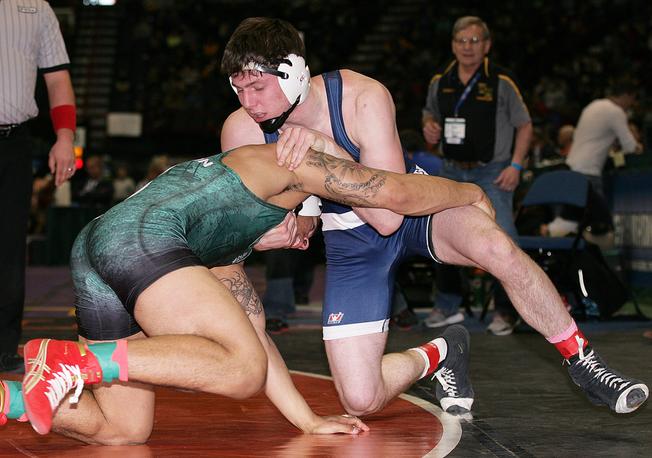 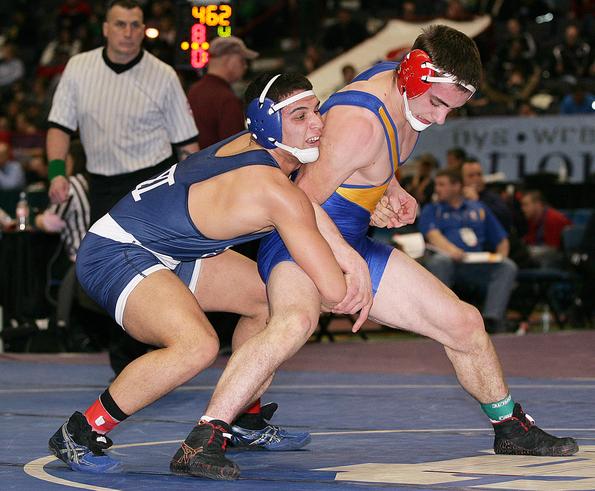 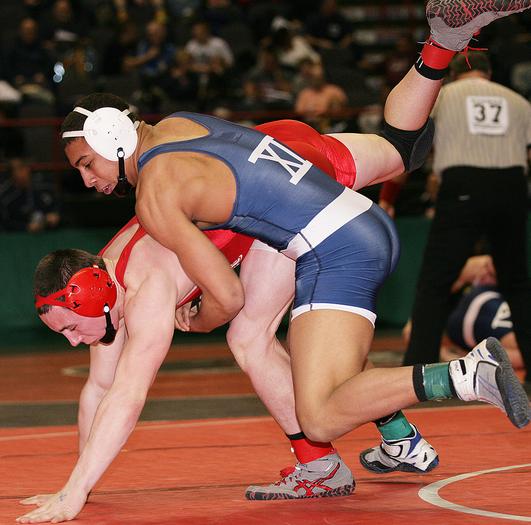 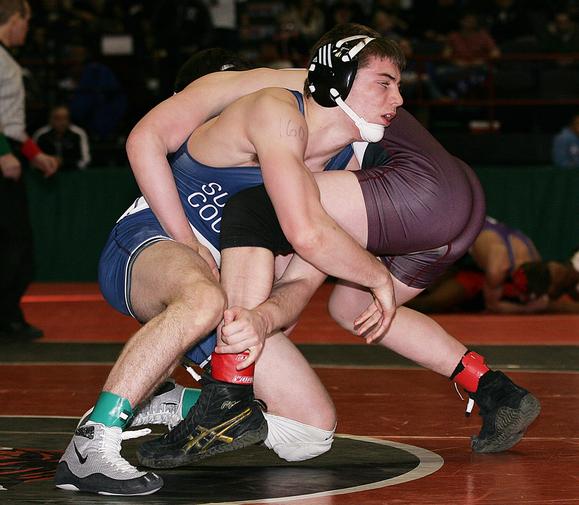 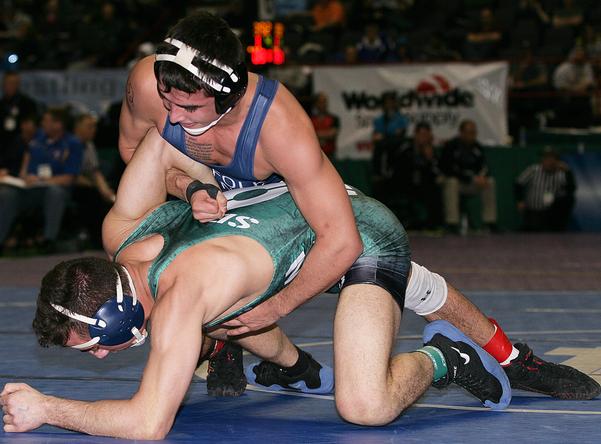 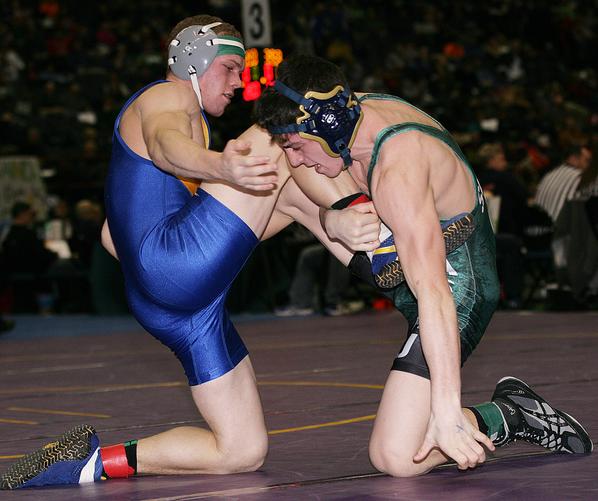 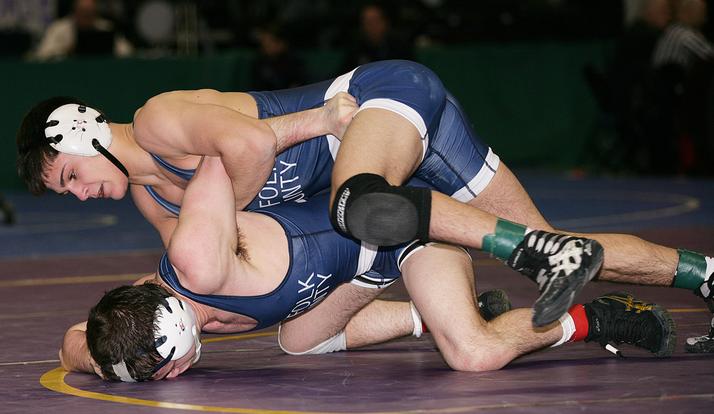 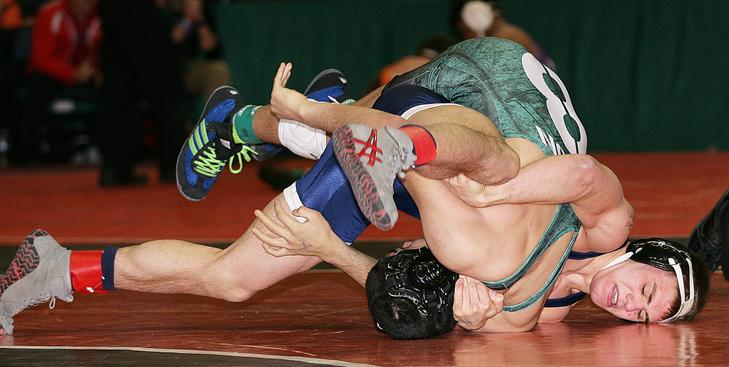 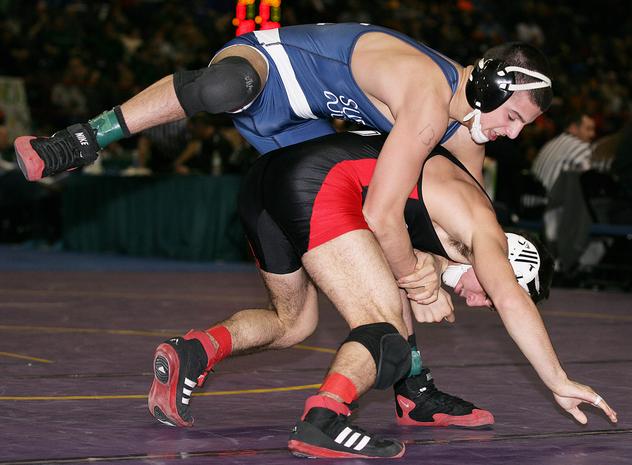 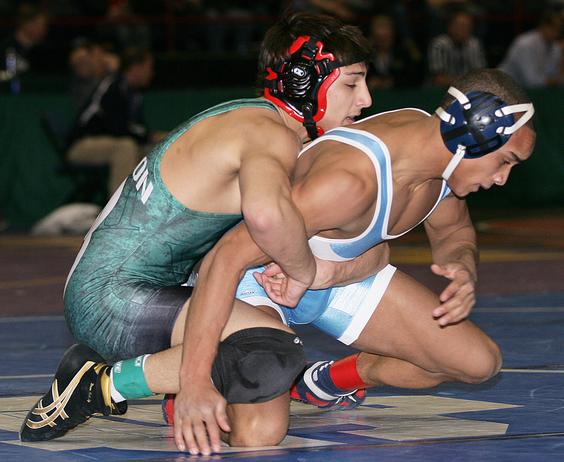 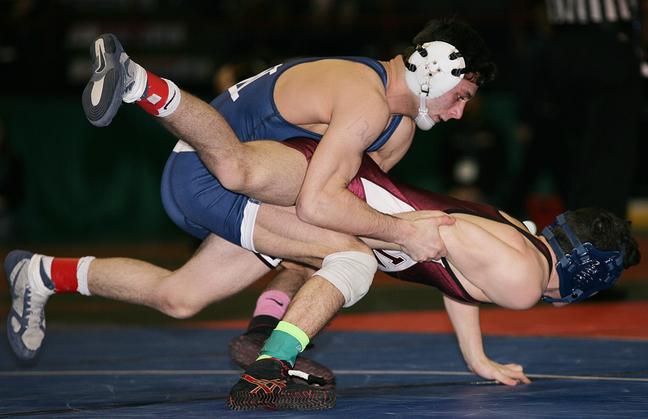 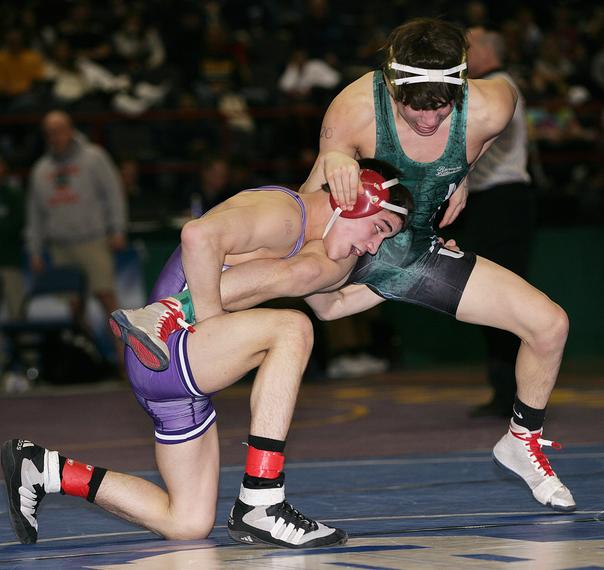 Wantagh's Kyle Quinn is in control of Rocky Point's Anthony Cirillo in the 113 pound quarterfinal. Quinn came away with a 2-1 victory as Nassau rests in second place. 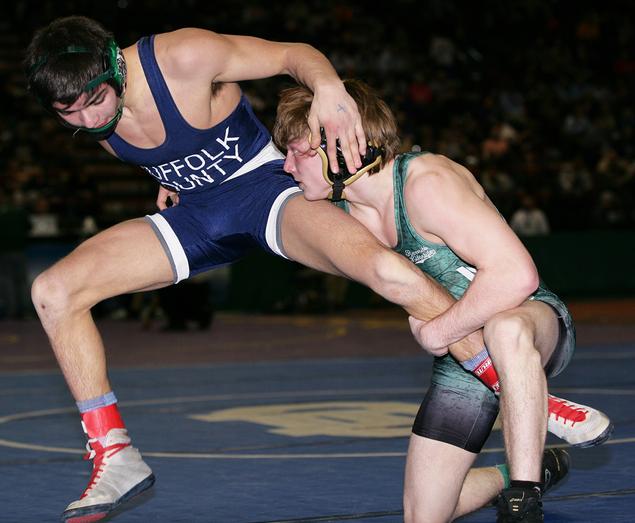