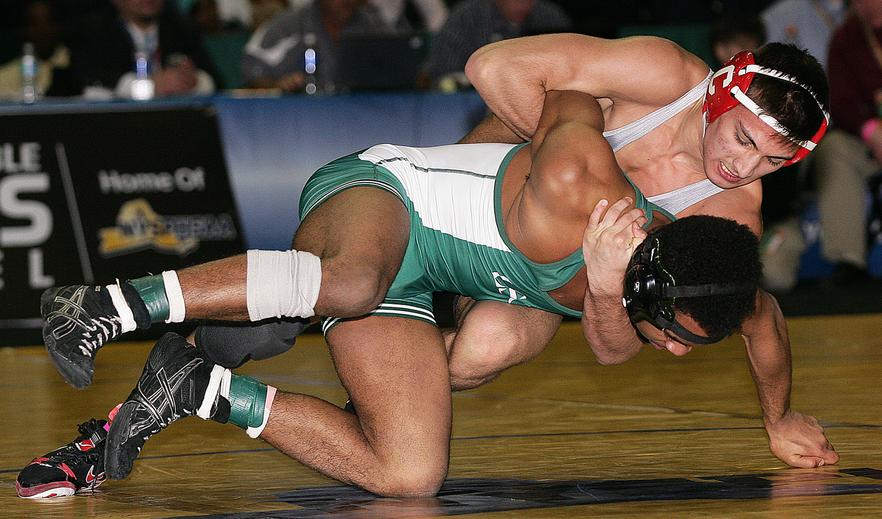 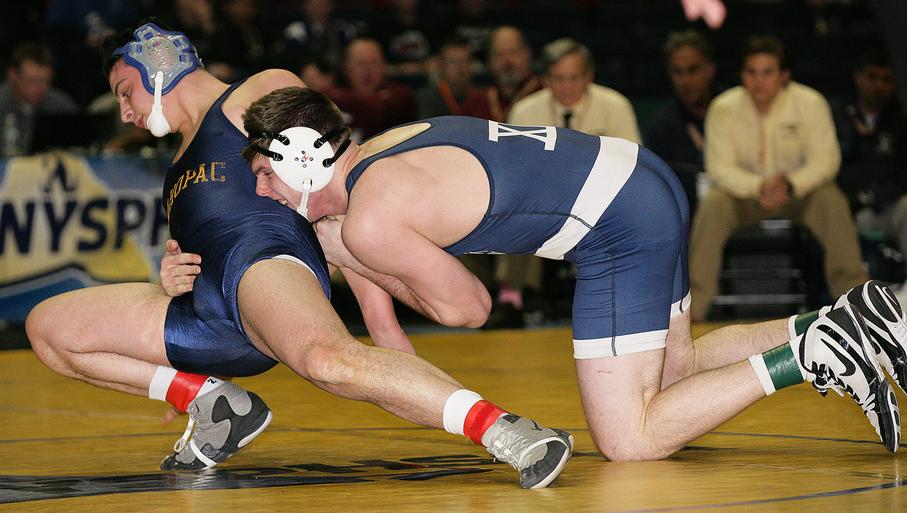 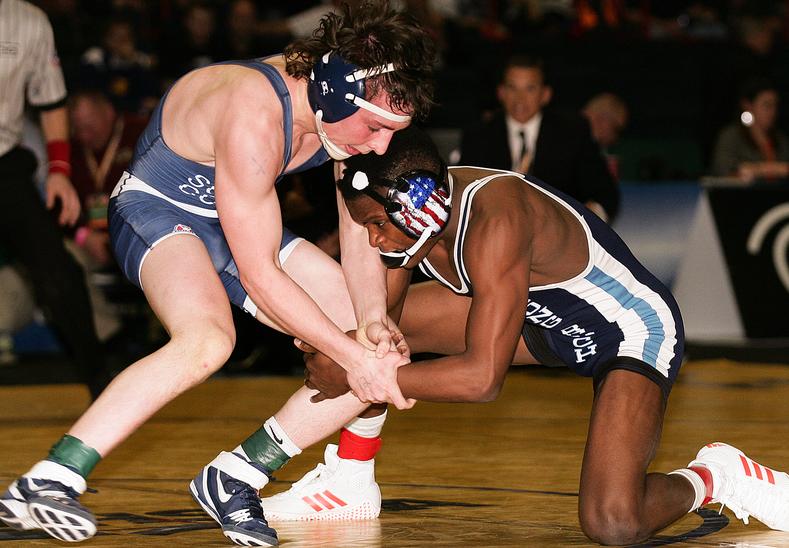 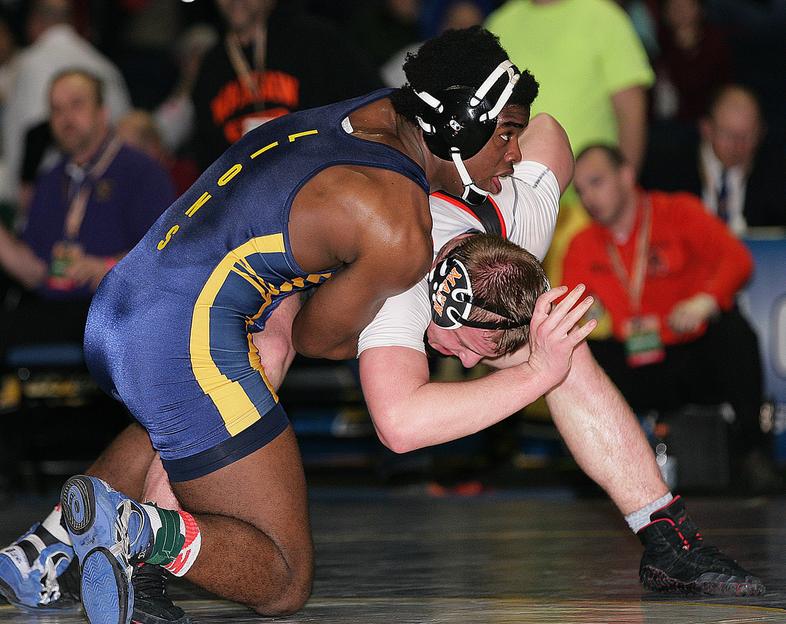 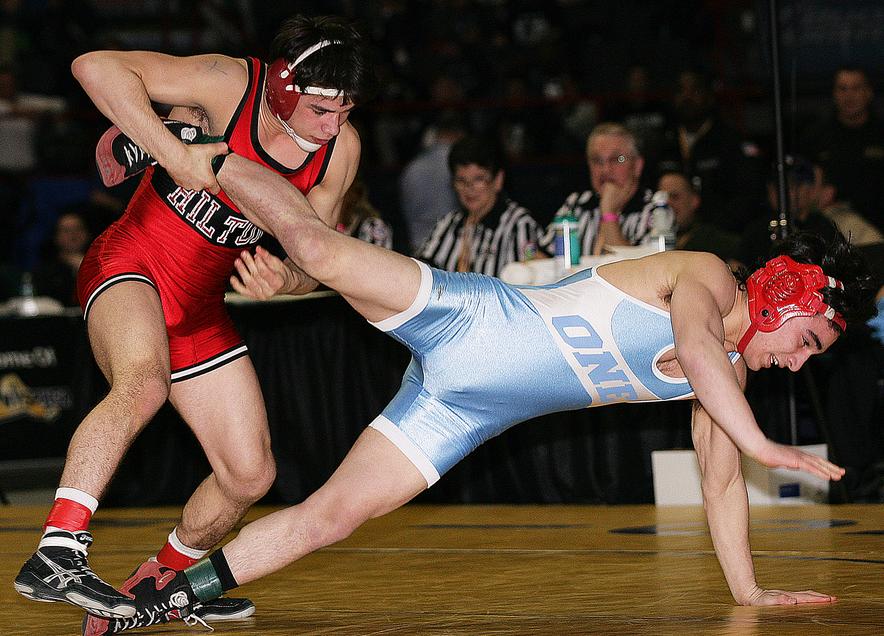 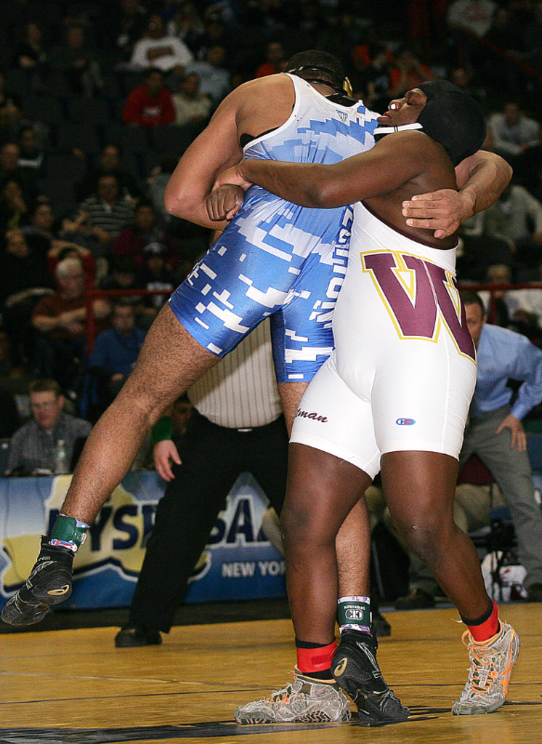 Christian Araneo of Ward Melville-11 won his second state crown with a 3-1 victory over Mike DiNardo of Mahopac-1 in the 195 pound final. 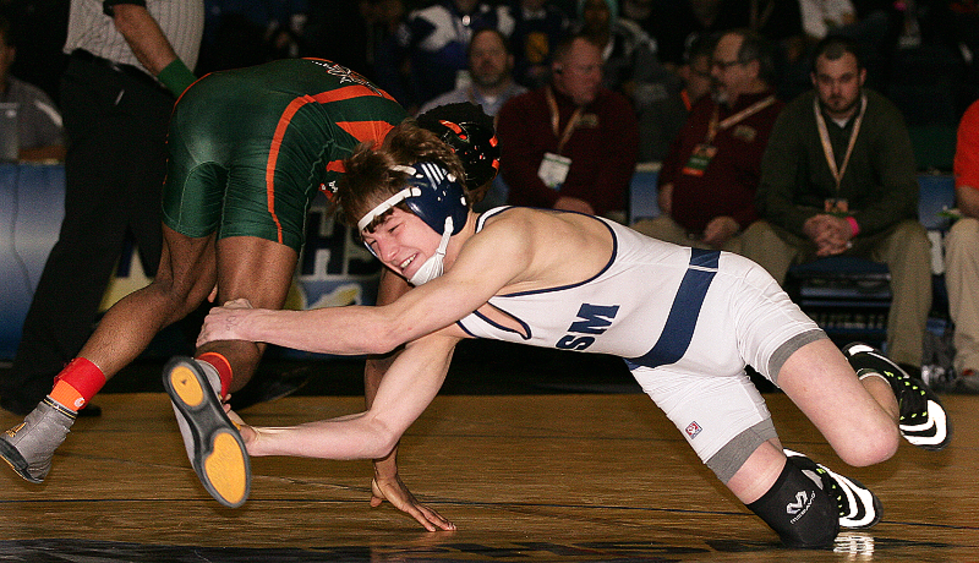 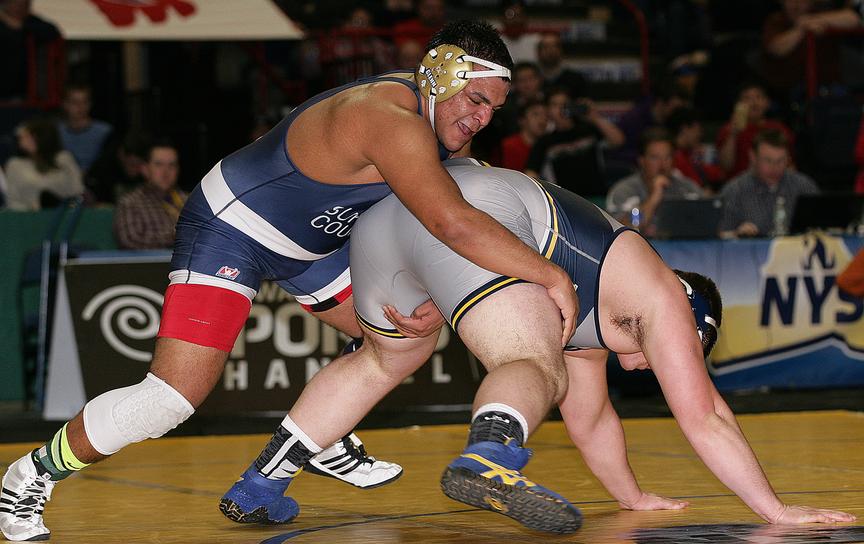 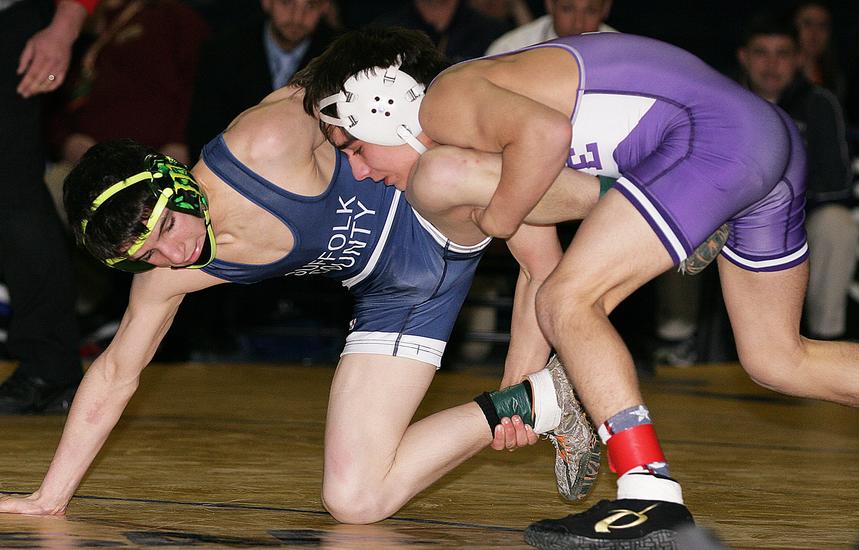 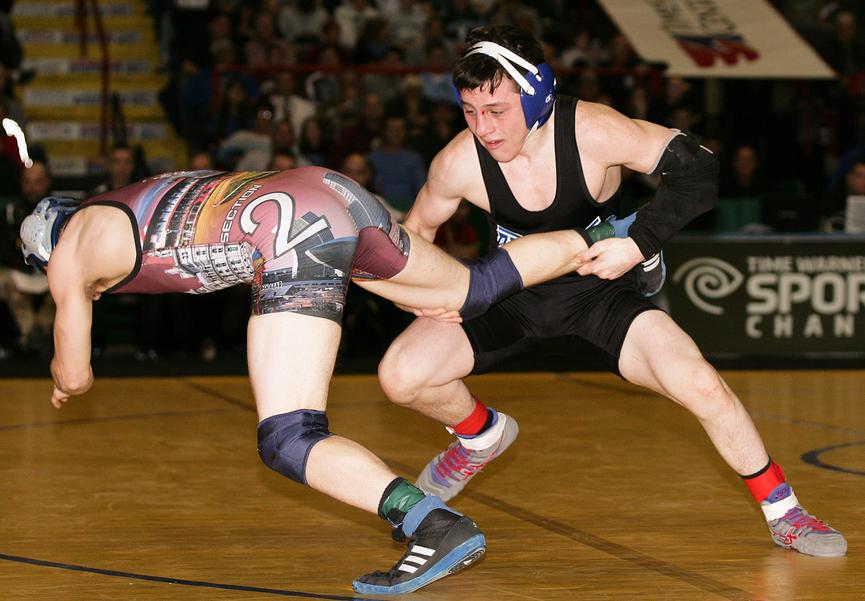 Jacori Teemer of Long Beach-8 is in on a single on defending NYS champ John Arceri of Huntington-11 in this 126 pound battle. Teemer won his third consecutive NYS crown with a 6-3 decision. 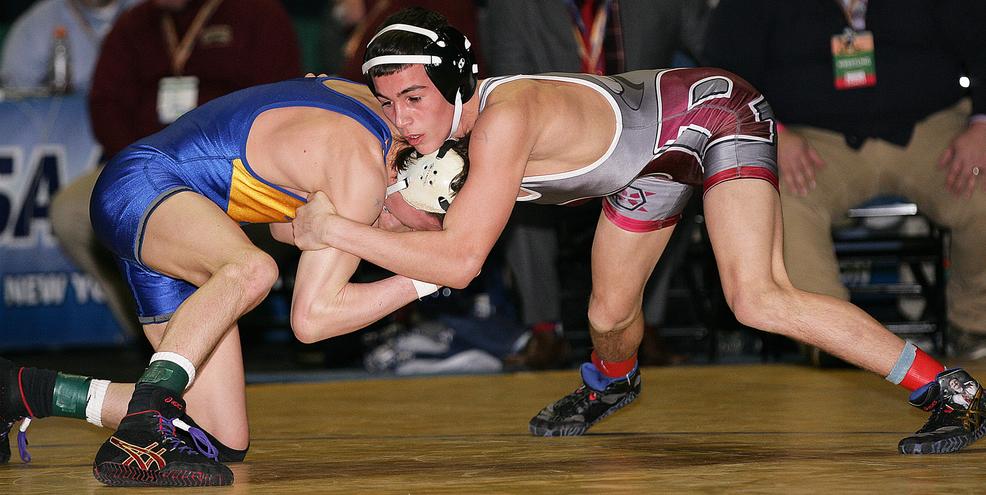 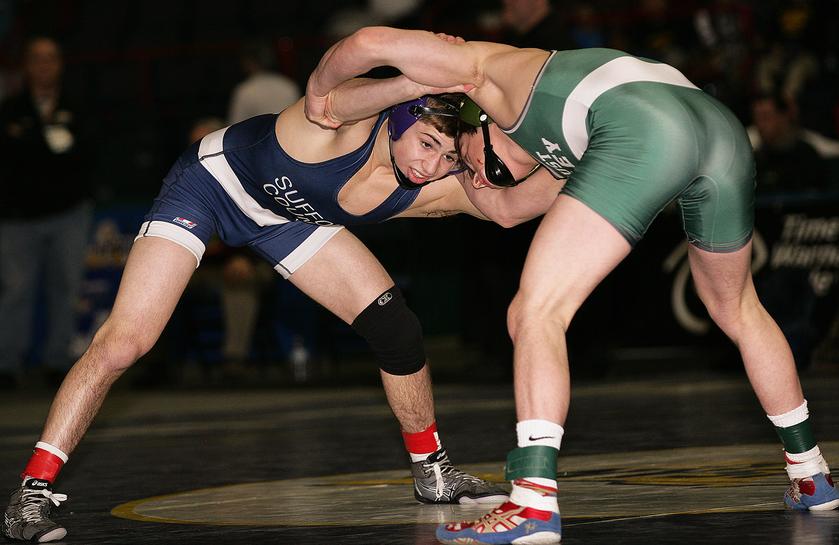