Mike Picozzi flanked to his right by Olympians Kerry McCoy and Lou Giani.

Nassau was led by the tandem of three-time winners, sophomore Jacori Teemer (49-0, 149-4) of Long Beach who upended returning state champion John Arceri (41-1) of Huntington, 6-3, with some slick and quick takedowns, for the 126-pound crown and Syosset junior Vito Arujau (47-0) who rolled through four opponents with his relentless attack of takedowns and tilts en route to the 132-pound title, he now boasts a career mark of 179-1.

Section Five claimed four state titles and were propelled by four-time champion junior and OSW winner Yianni Diakomihalis (54-0, 232-3) of Hilton who cruised to the 138-pound title. Diakomihalis' smooth-as-silk style and power wrestling has been perfect at the state meet and posted a 13-5 major decision in the finals and his younger brother Greg (49-2), used a second period overhead cradle and defeated highly-regarded Dylan Ryder (43-2) of Hills West, 7-4, in the 99-pound bracket. Hilton teammate, two-time state king junior Louie DePrez (50-0, 210-30) recorded a 9-1 major decision over tough Marcus Bisono (37-5) of Hauppauge in the 170-pound class. The other area champion was sophomore Frankie Gissendanner (49-0, 187-10) of Penfield, whose repertoire included power double leg takedowns, and coasted to the the 145 pound crown.

The state leader in sectional team titles is Section Eleven with 24. They now have 180 NYS champions followed by Section Four with 156 and Section Eight has 122 individual winners. LI showed their dominance at the 2016 state meet and garnered nine state titles amongst their 15 finalists. Three of the champions will be attending Princeton University next season; Matteo DeVincenzo, Kevin Parker and Christian Araneo. Parker is the younger brother of Greg, a 1996 state champion, and  a 2002 NCAA finalist. Juniors Vito Arujau and Yianni Diakomihalis have verbally committed to the Big Red of Cornell. Between them, they have won seven state titles and have an impressive combined mark of 411 victories and only 4 defeats. Arujau has won 136 consecutive matches and Diakomihalis has an unbelievable 199 match win streak. Both are nationally ranked; Arujau (2nd at 132) and Diakomihalis is the number-one ranked 138-pounder in the nation. The top team in the Empire State was Long Beach (17-0) and finished second in the tournament with 60 points. Coach Ray Adams and the Marines had three state place-winners, champion Teemer and added two other placers; Matt Maquet (6th at 120) and Tyreek Bromley (5th at 182). Hilton  won the individual team honors in Division I with 88 points and crowned three champions. The Division II team winner was Adirondack with 87points and had one champion, junior Andrew Tanner (49-4, 127-26) at 285 pounds. Congratulations to Longwood LI coach Mike Picozzi on his 2016 Hall-of-Fame induction. Picozzi wrestled for legendary Lou Giani and was a 1976 state finalist, he  coached eight New York State champions, including John Lange and Kerry McCoy. Twelve champions finished the season unscathed; Busiello, Sparacio, Teemer, DeVincenzo, Arujau, Diakomihalis, Gissendanner, Garrehy, Swick, DePrez, Araneo and Rubio. Anthony Sparacio became North Babylon's first state champion and will take his mat skills to CW Post next season. The combined record of the 15 Division I champions was an unbelievable 679 victories and 10 losses. The attendance for the two-day event was 12,986 spectators. 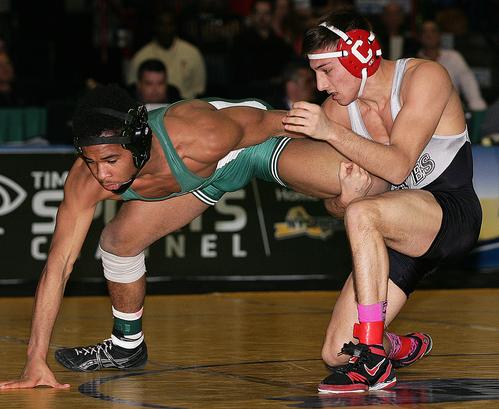 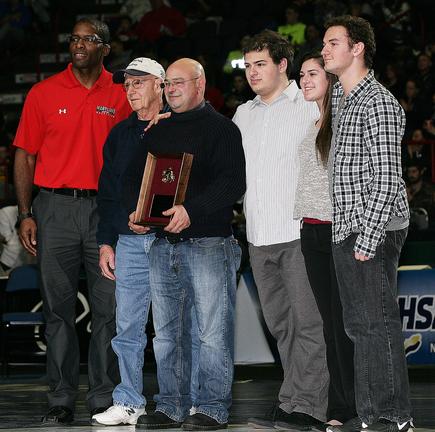 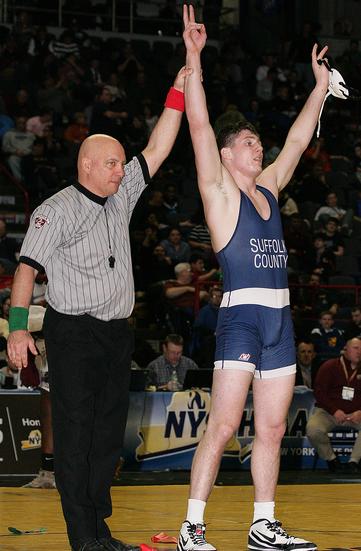 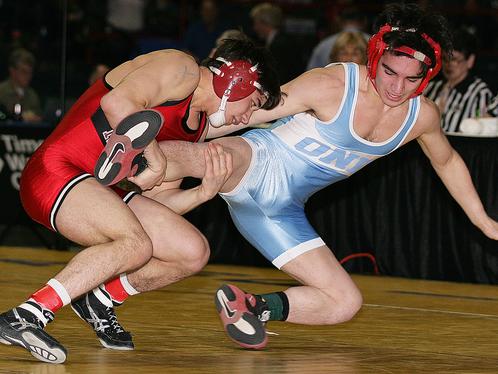 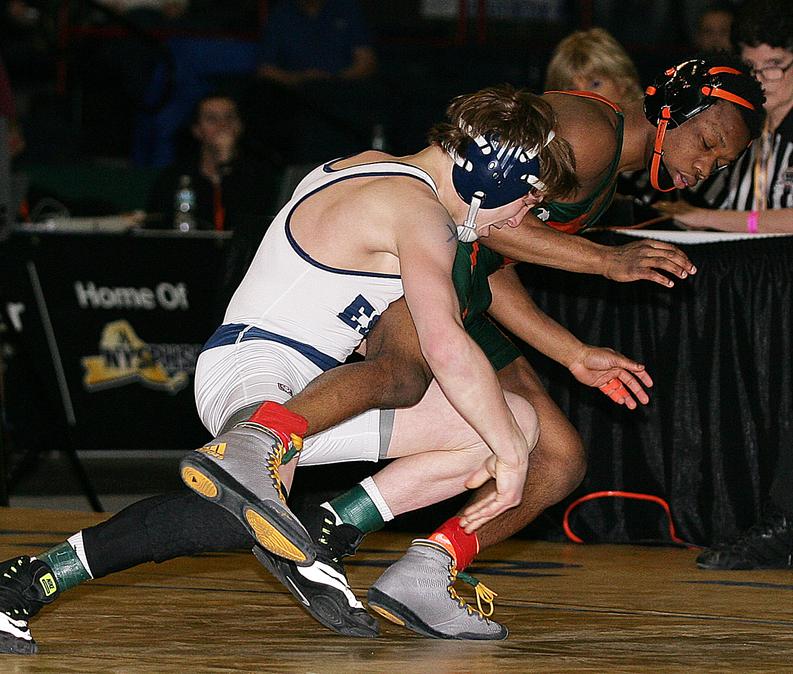 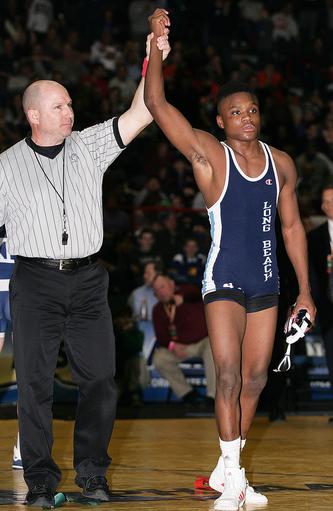 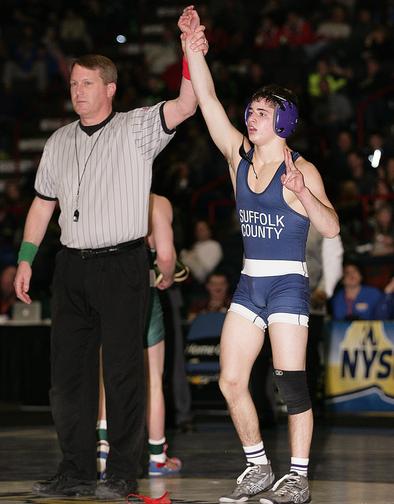 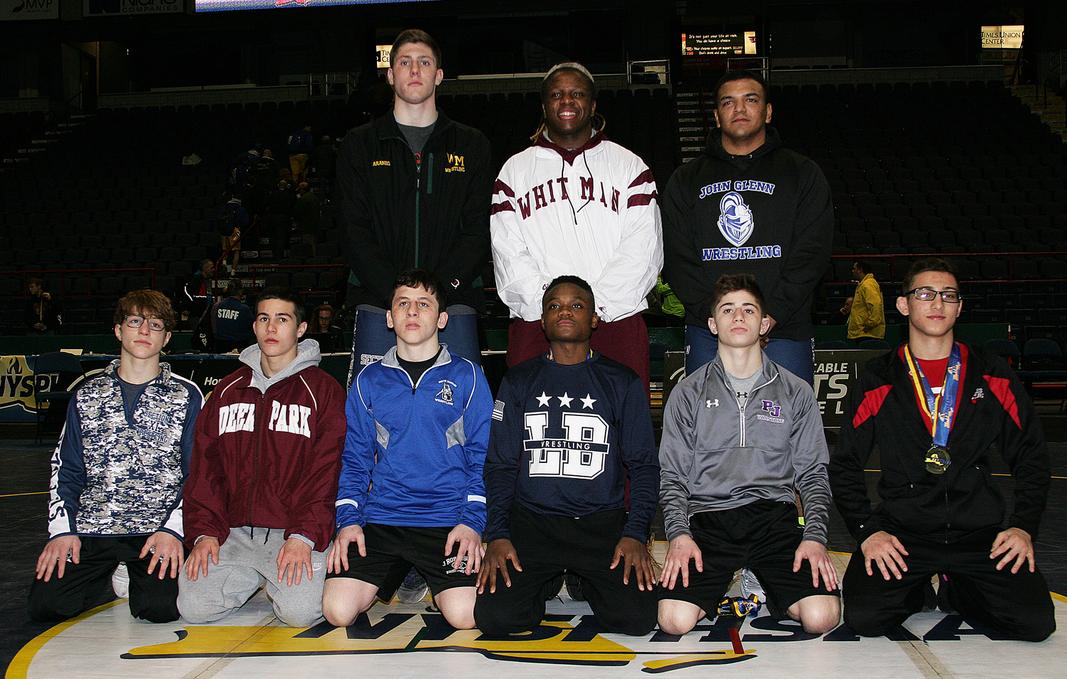