Dylan Ryder of Half Hollow Hills West dominated this 106 pound final beating Brockport's Cody Anders 15-0. He was Suffolk's first champ of the evening and paced them to win their ninth straight sectional team title. 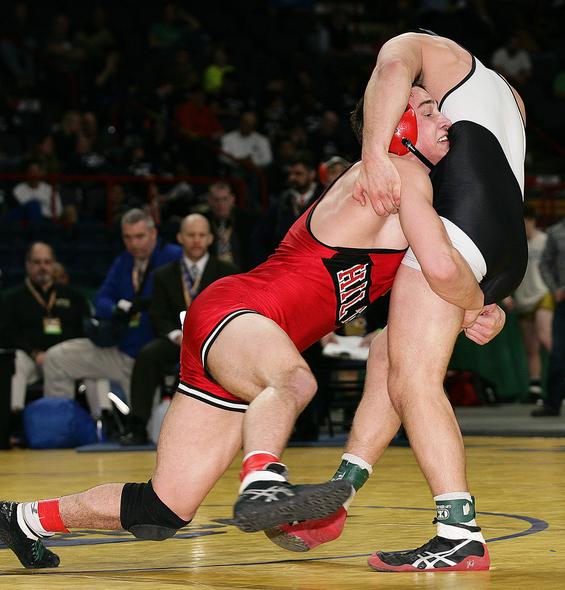 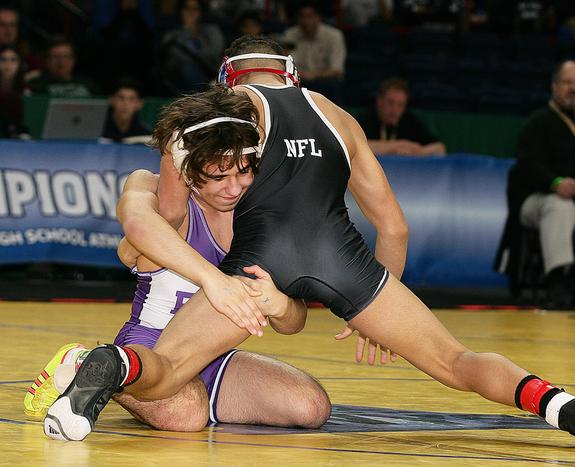 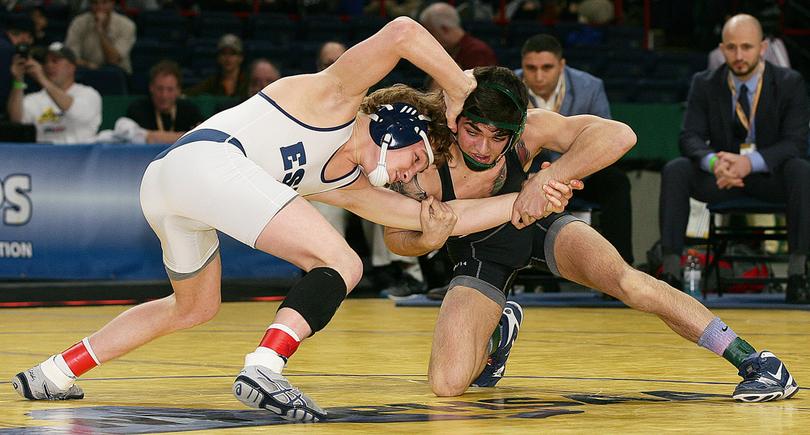 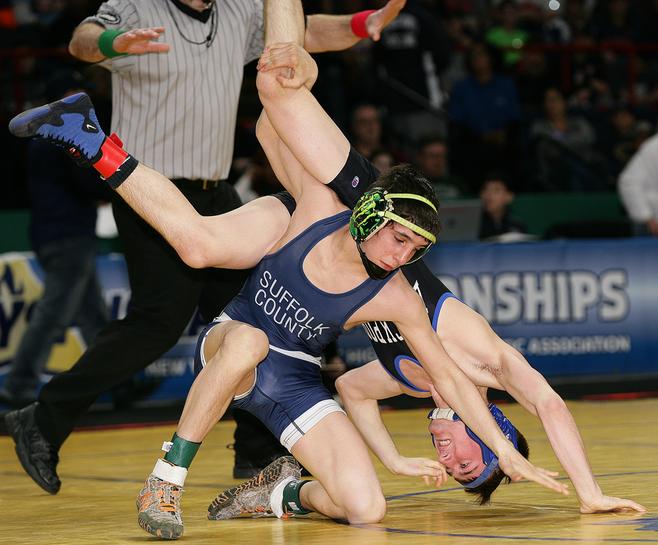 Syosset's Vito Arujau is in deep on Hauppauge's Jake Silverstein in the 138 pound state final. Arujau, who was voted OSW, went on to win his fourth state crown with an 8-3 decision. 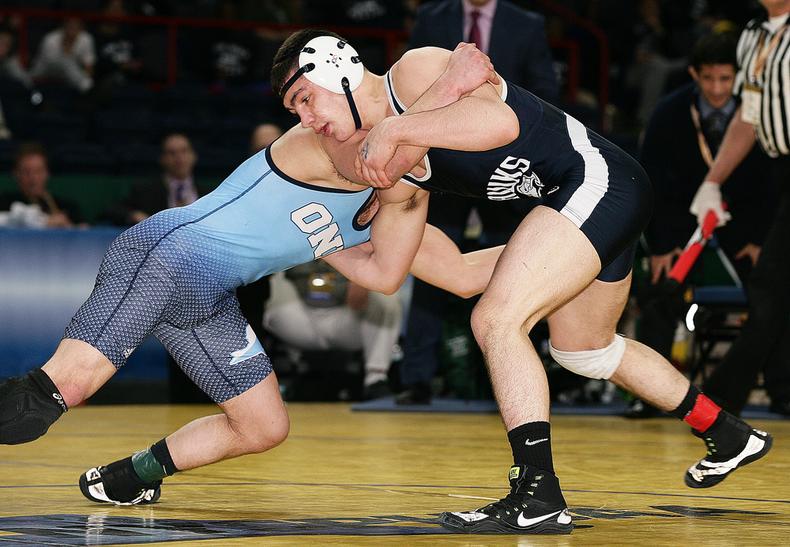 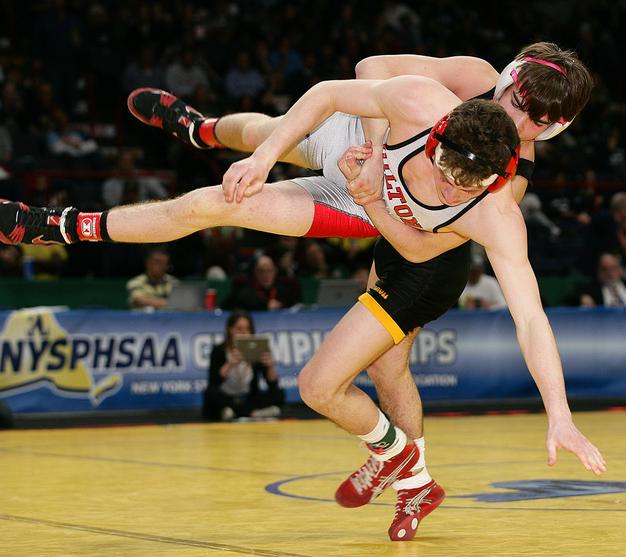 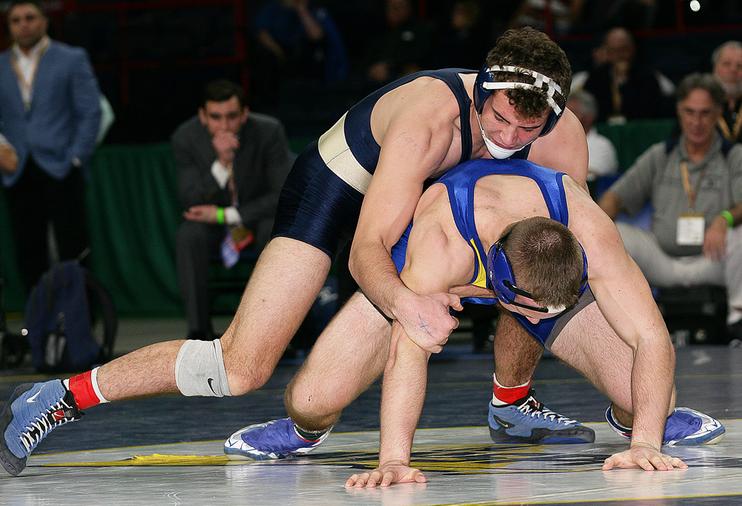 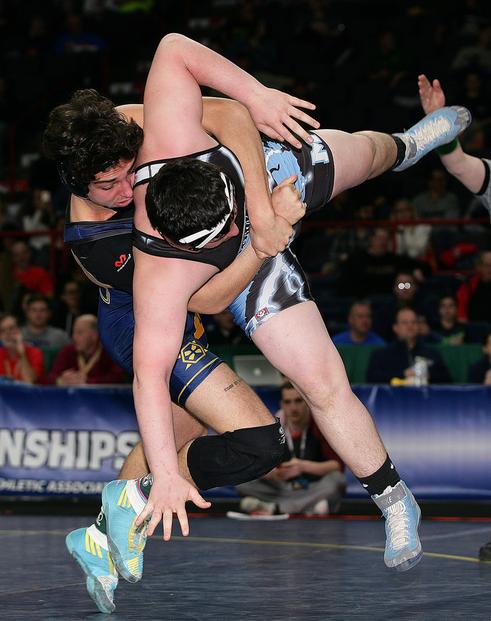 Zach Knighton-Ward (right) of Uniondale uses this lateral drop on Terron Robinson of Walt Whitman with 13 seconds left to tie the score  at 9-9 and send the 220 pound final into overtime. Knighton-Ward won by injury default when Robinson could not continue. 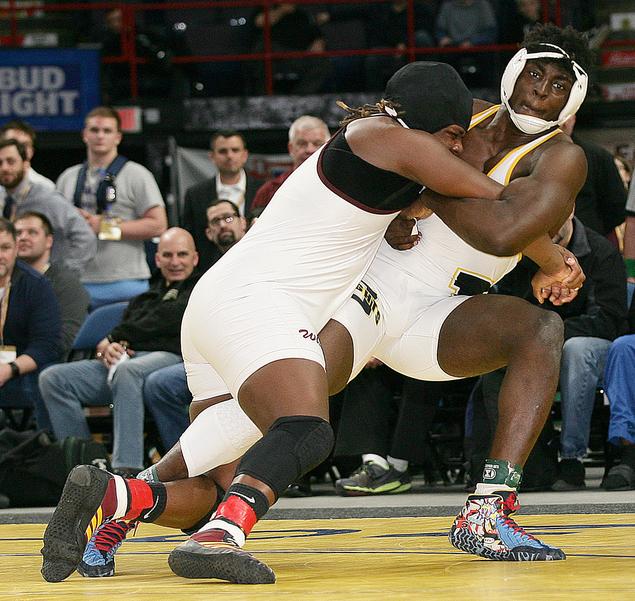 Tanner Zagarino of Mattituck brings Hammond Raes of Midlakes to the mat. Zagarino won the 220 pound state crown with a 10-5 victory. 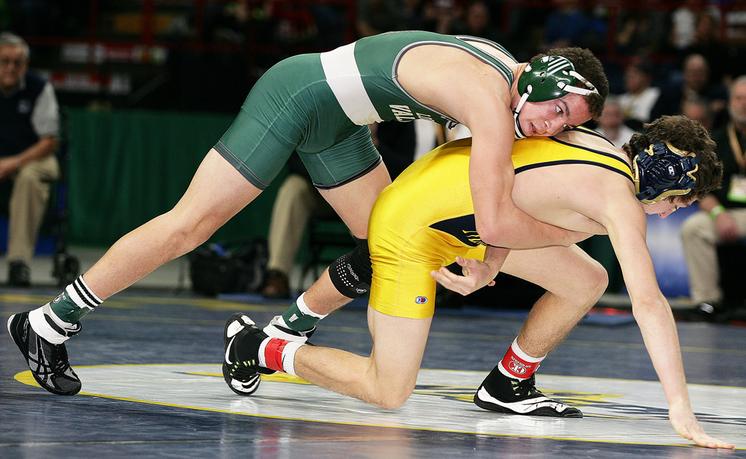 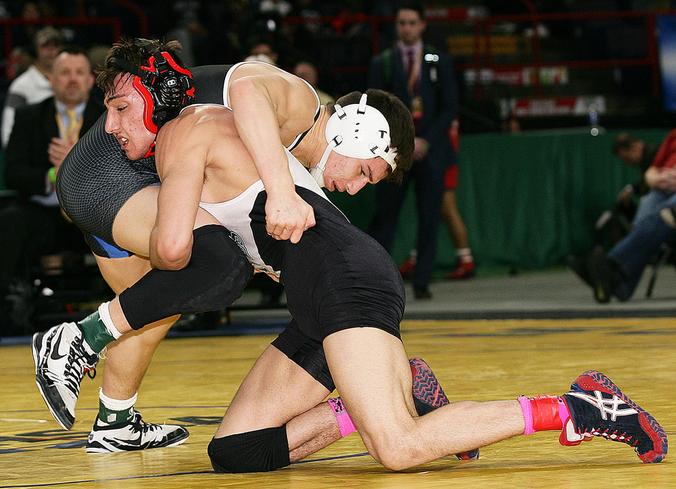 Greg Diakomihalis (Hilton) works for a takedown on Justin McDougald (N-Wh) en route to a 9-5 decision to win the 113 pound title. 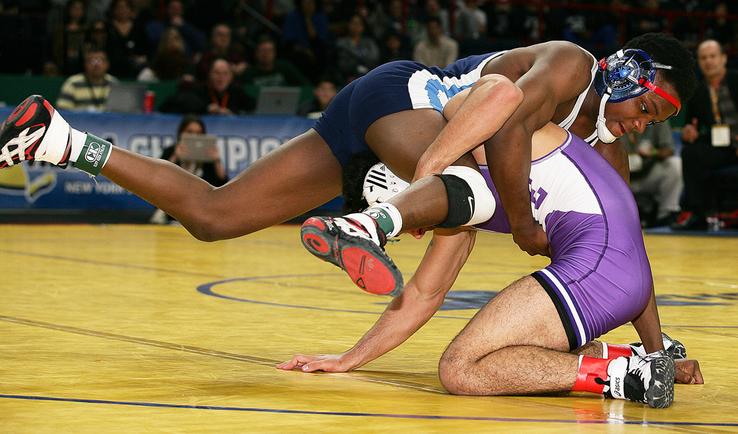