Brandon Croteau (16-4) of Bayport-Bluepoint controls Nick Motta of East Islip in the  semifinals of the Rocky Gilmore Tournament in East Islip.  Croteau, top seed at 182 pounds went on to win in the finals.

East Islip's Jesse Dellavecchia double legs Brentwood's Kevin Mejia. The number one ranked Dellavecchia  won this 132 pound semifinal and in the finals to remain unbeaten on the year at 21-0.

Isac Brizuela of Brentwood works for a takedown on Joe Albanese of Bayport-Bluepoint in the  semifinals of the Rocky Gilmore Tournament. Brizuela won the 126 pound championship as Brentwoood crowned 5 champs and scored 427.5 points over runnerup Hills East with 272, Kellenberg was third. 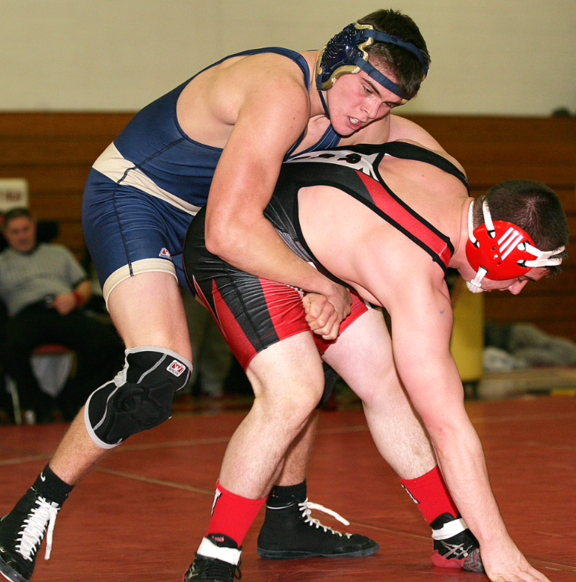 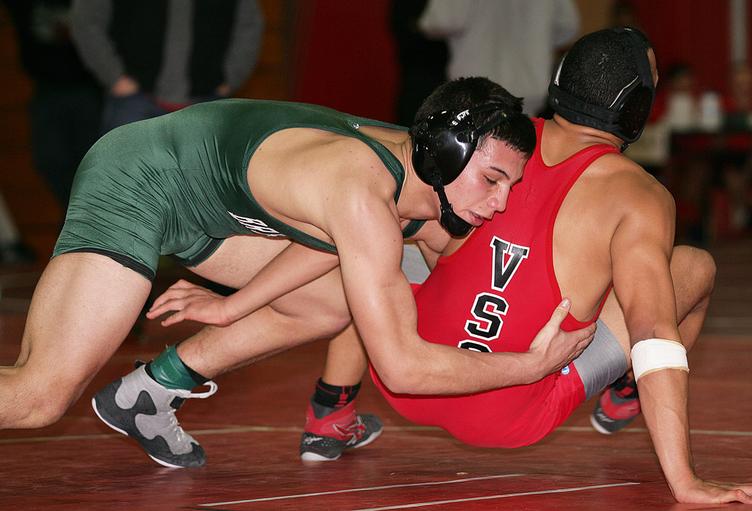 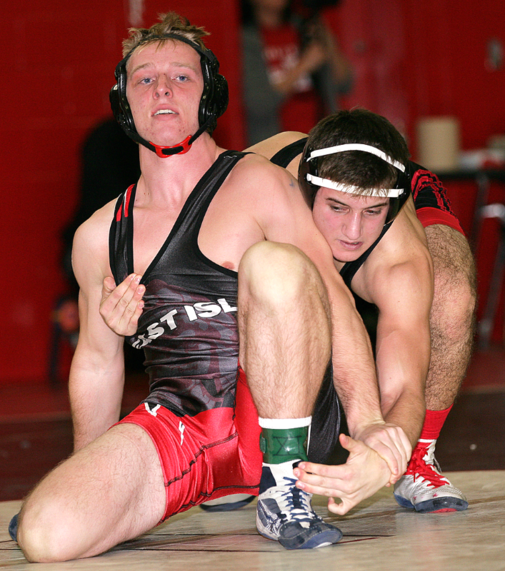 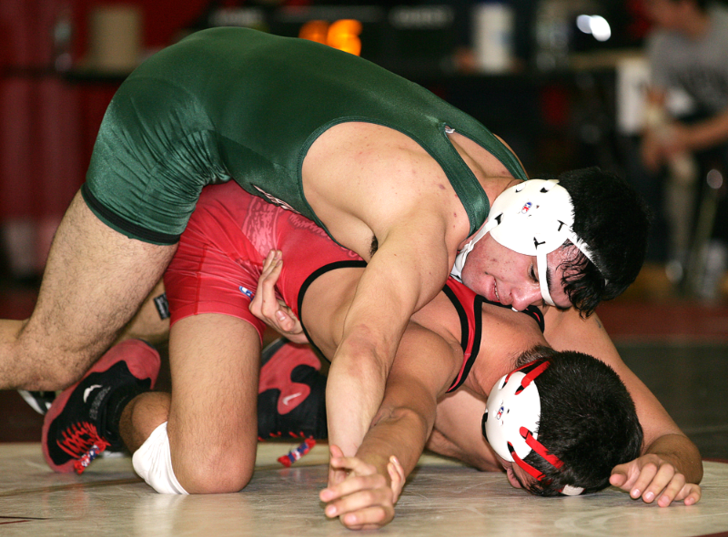 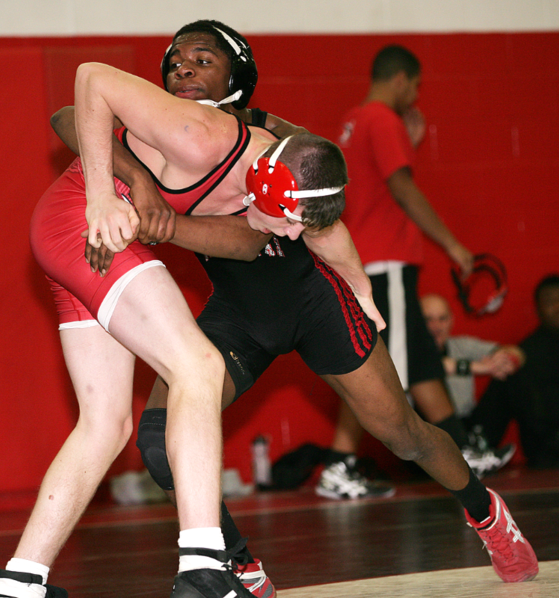 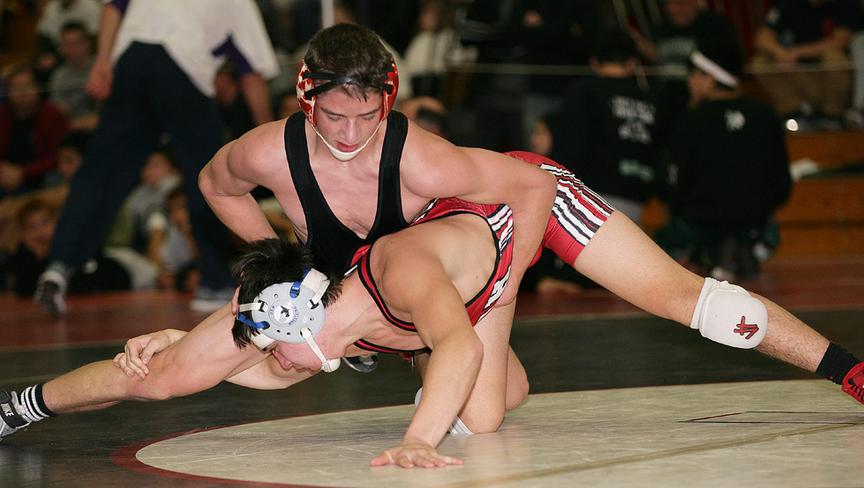 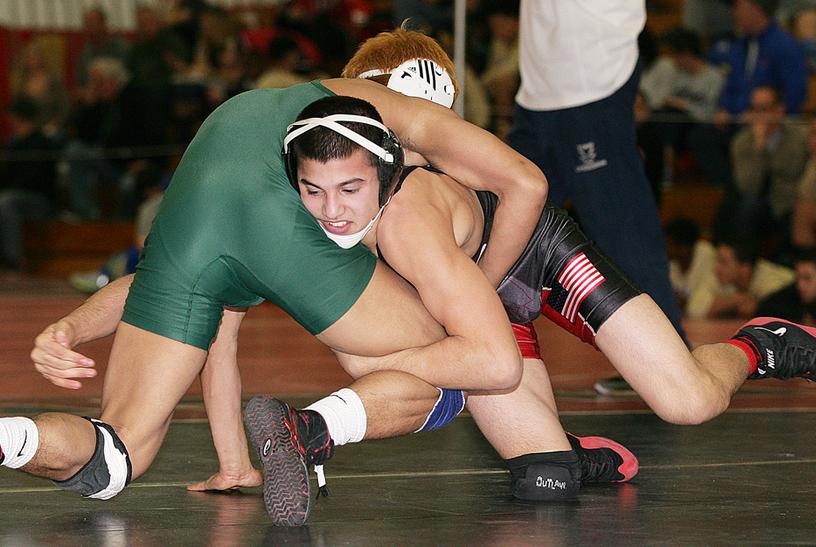 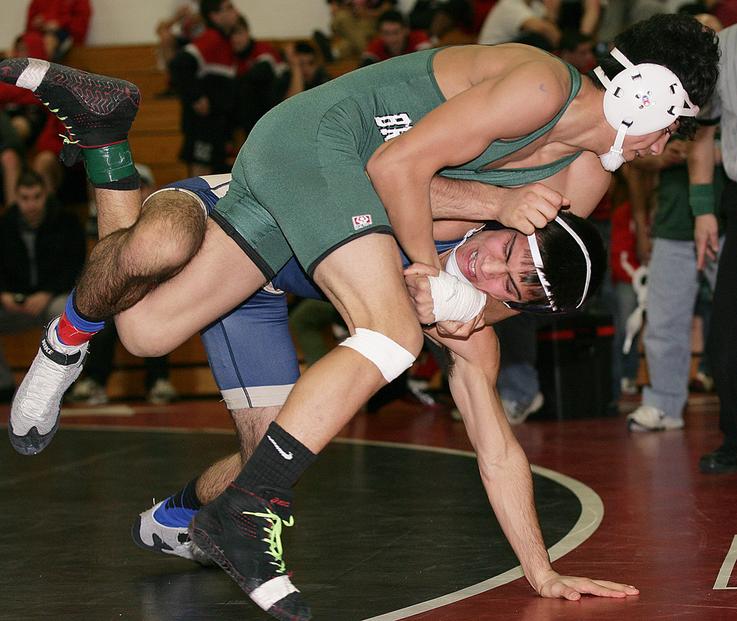 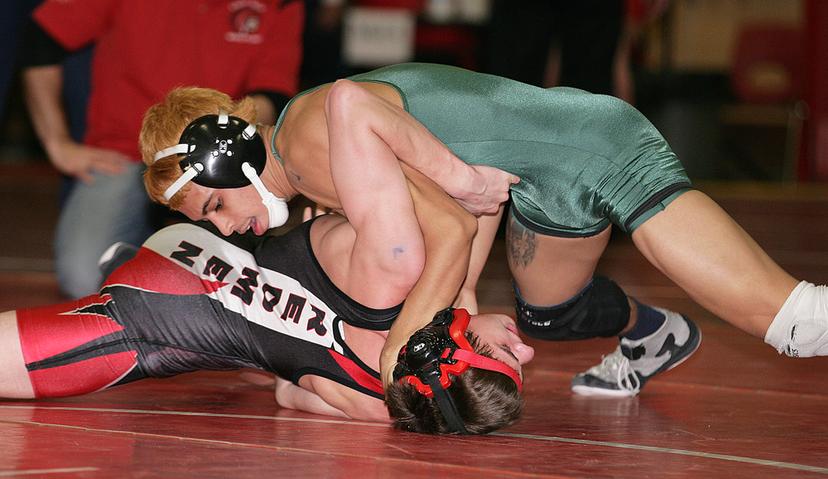 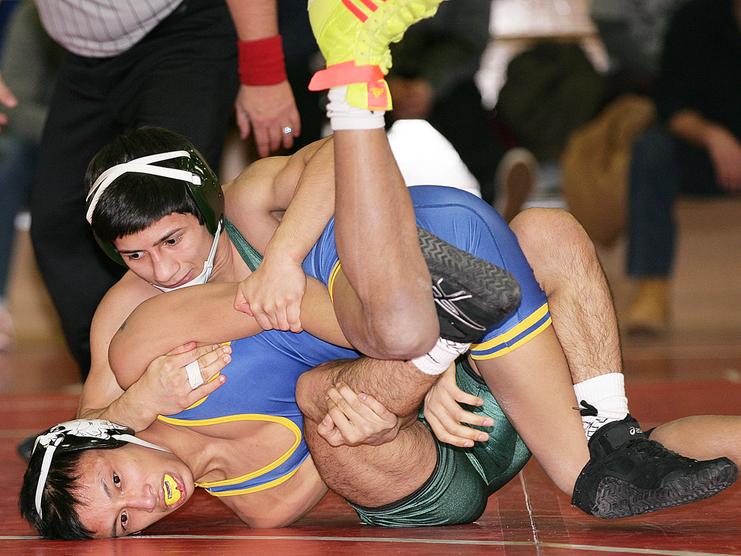