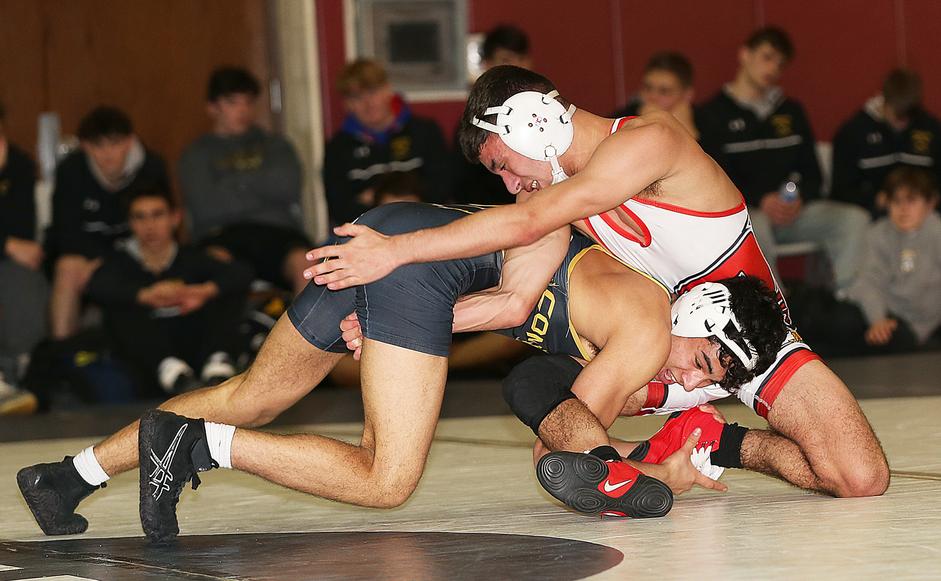 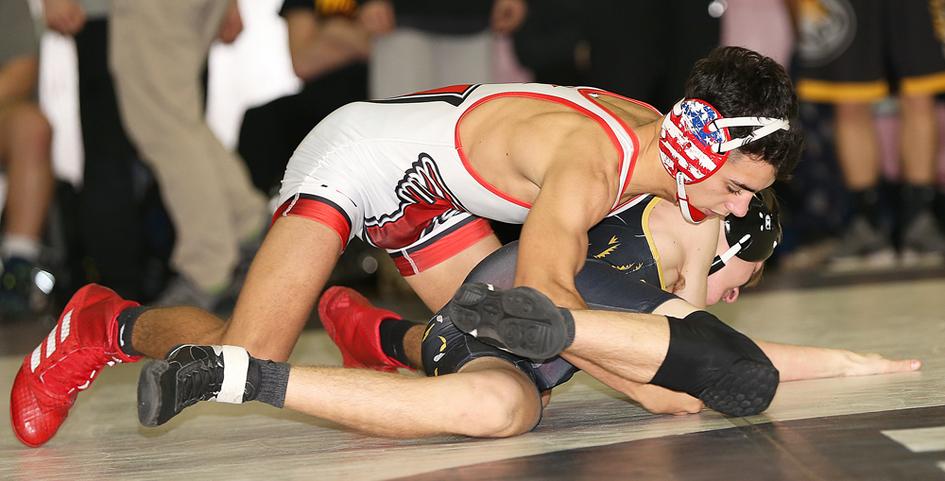 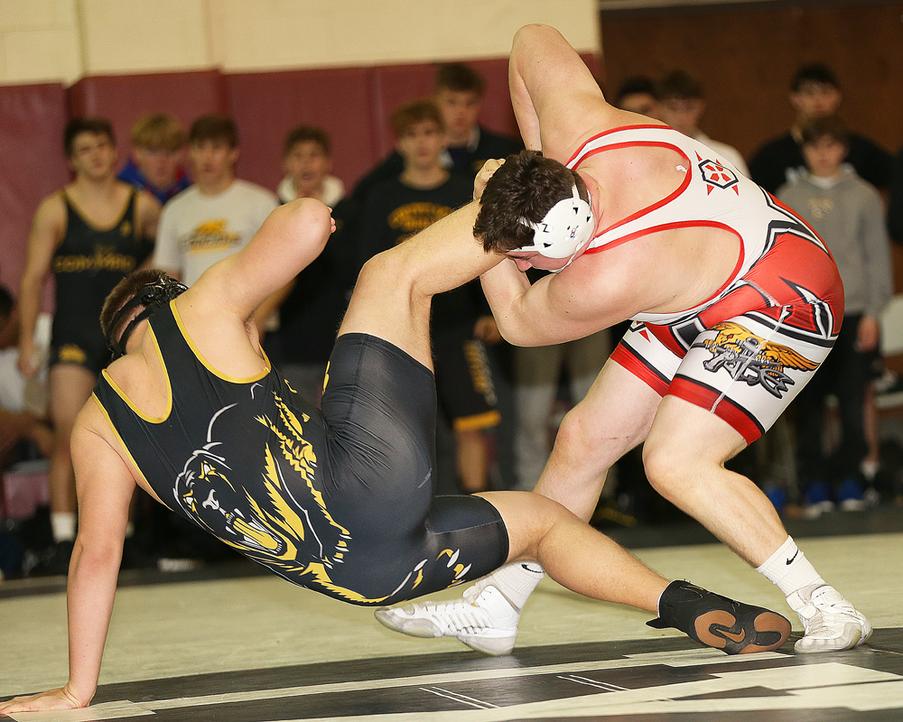 Patchogue-Medford's Nate Bruno works to control Commack's Michael Waxman. Bruno picked up the win at 145 pounds and helped lead the Red Raiders to a come from behind win over Commack 42-35. 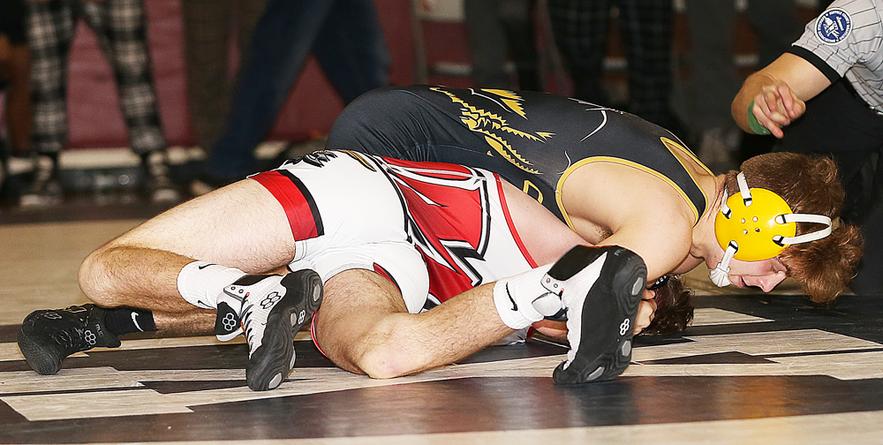 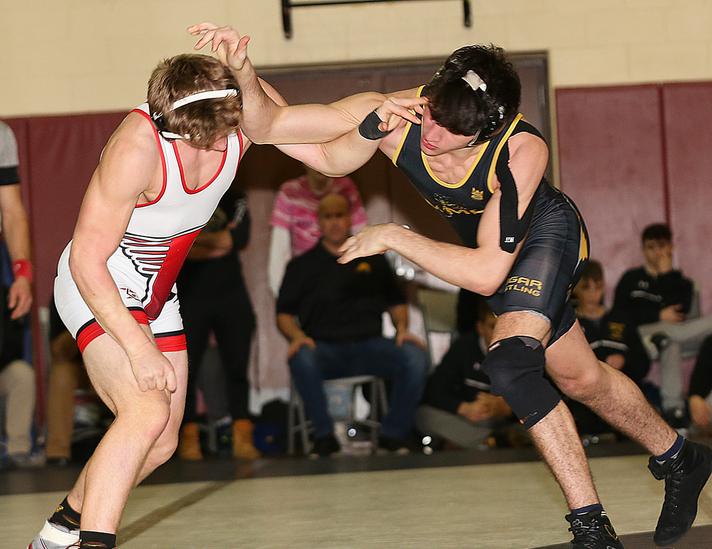 Commack's Jake Eckerle is in deep on a single on Pat-Med's Frank Marsilia. Eckerele won by fall at 126 pounds. 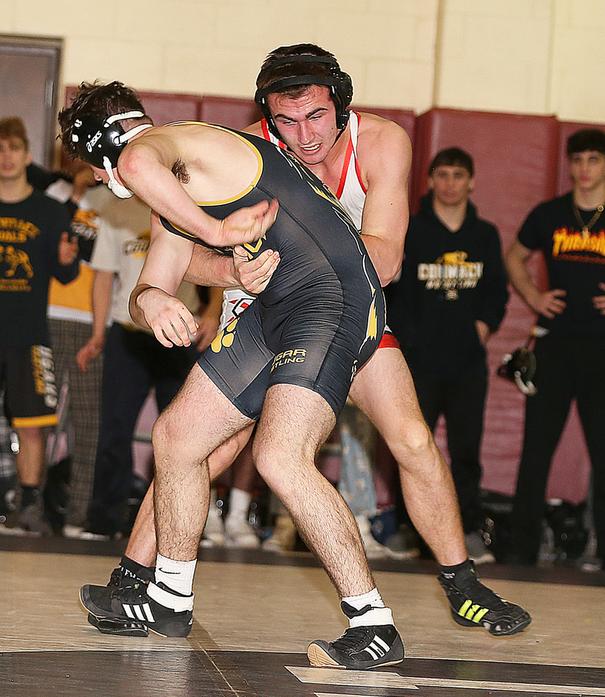 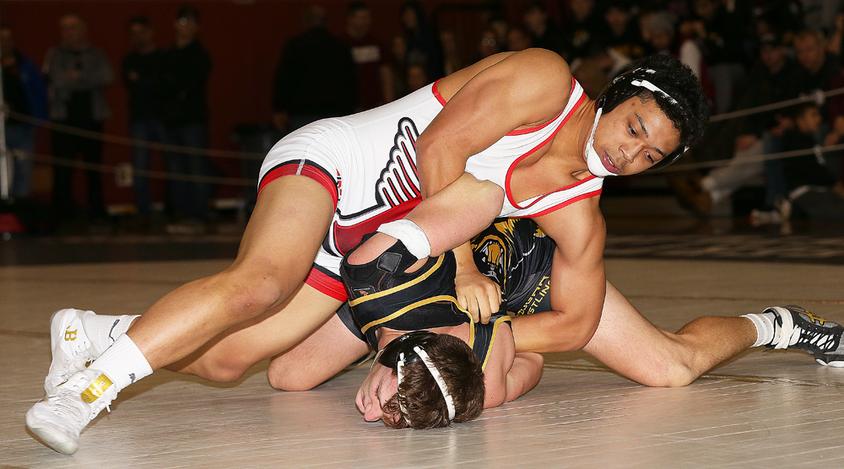 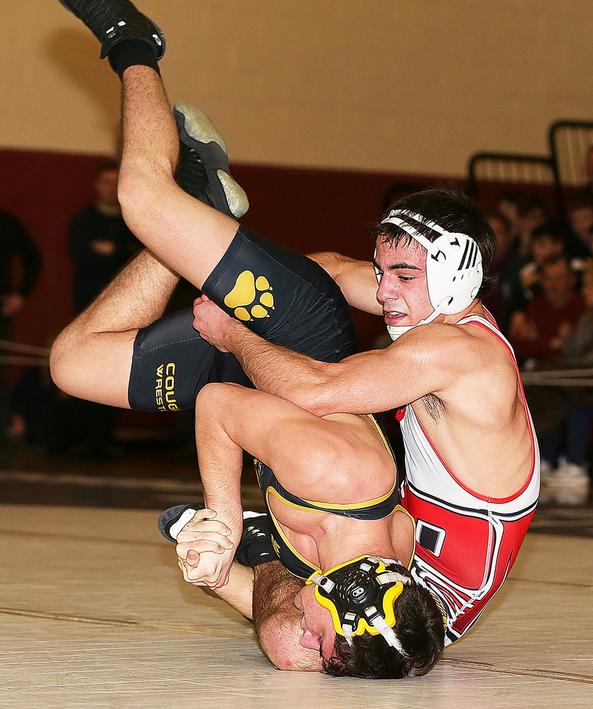 Commack's Brett Rosenberg works for a  near fall to win at 132 pounds.

Pat-Med's Alex Bruno is in control en route to a tech fall at 195 pounds.

Fourth-seeded Patchogue Medford (23-1) defeated Brentwood (36-30) in the semifinals and edged third-seeded Commack (17-3), 42-35, in the Suffolk County Division I Dual Meet Championship Final held at the Ralph Elliott Gymnasium at Bay Shore HS. Head coach Tom Anello and Pat-Med were paced Anthony Spatoro (24-2) who applied a tight cross-face cradle for a first period pin at 106, Liam Wolff who rallied for a stunning fall at 160, along with Anthony Velasquez who turned a 6-6 match with a third period reversal and a fall at the 4:52 mark in his 220-pound bout and Evan Albrecht (23-2) with a fall at 285, giving the Raiders a comfortable 36-18 margin in the team score. Those pins along with a tech fall and default, proved to be the difference in the highly-competitive dual meet. Commack rallied to defeat second-seeded Hauppauge (33-32) in the other semifinal. In the championship final, the Cougars jumped out to a 15-0 lead, as all-county matmen Jake Eckerle (23-4) applied a tight half/bar-arm for a fall at 126 and Gavin Demasco (29-1) secured his pin with a tight half-nelson at 138, along with a solid 9-4 verdict by Brett Rosenberg at 132. Other standouts for head coach Mike Guercio (now in his 10th year) and the Cougars were junior Marino Mancuso (28-4) with a close 4-2 win at 152 and Vasili Ragavanis who applied a tight tilt for a stunning fall at the 3:37 mark in his 99-pound bout, and bring the team score to 36-24 still in favor of Pat-Med.

In the Division II Final, two-time defending state dual meet champion Mt. Sinai (19-4) defeated Shoreham-Wading River (21-5), 47-24. The championship teams from Suffolk County, along with Nassau winners: MacArthur (Div. I) and Clarke (Div. II), along with wild card entrants Commack and Cold Spring Harbor, will compete in the 3rd annual New York State Dual Meet Championships next weekend at the SRC Arena on the campus of Onondaga CC on February 1st in Syracuse. 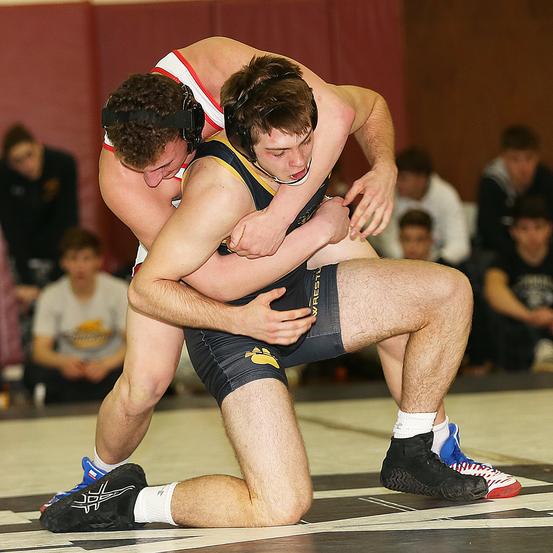 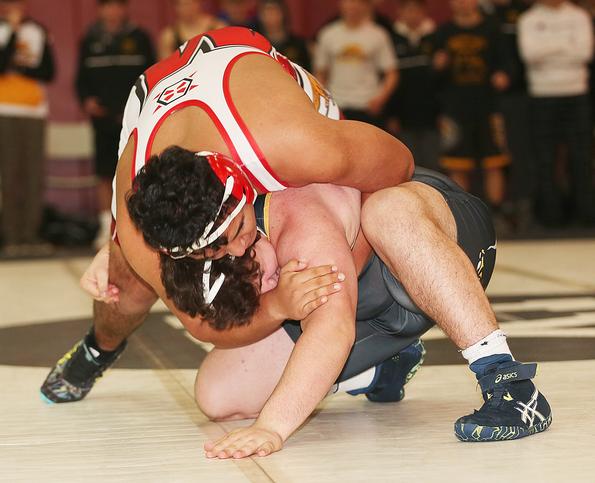 Commack's Gavin Damasco works for his fall at 138 pounds. 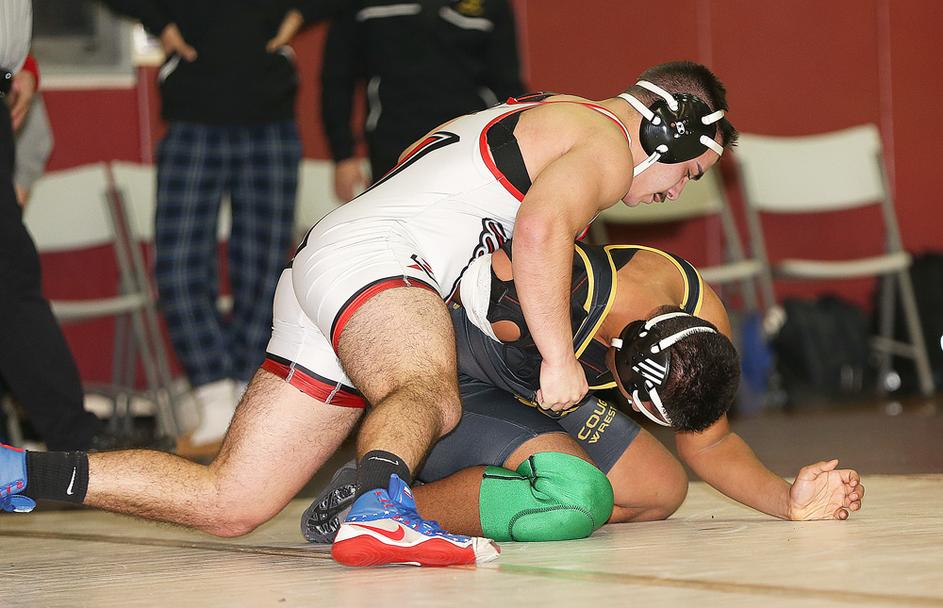 Pat-Med's Athony Velasquez is in control en route to a fall at 220 pounds.