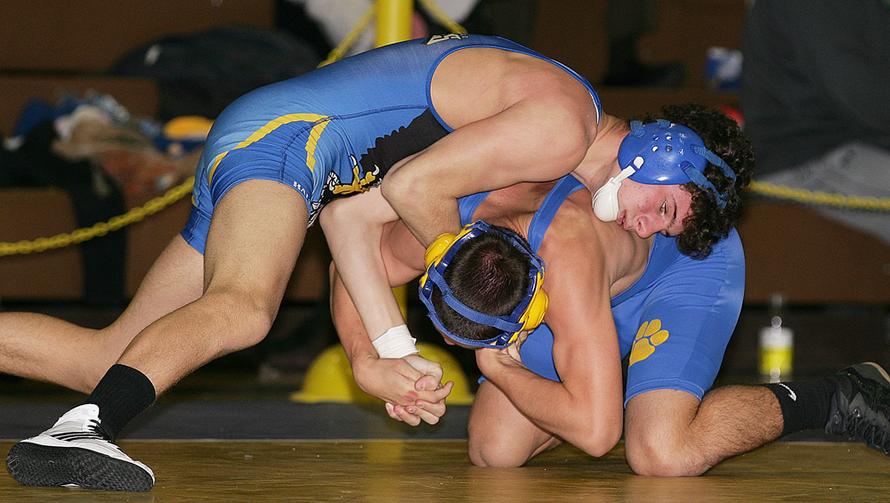 Jake Silverstein led the charge for the Hauppauge Eagles in the West Islip Duals. Silverstein, the top ranked 120 pounder in Suffolk, picked up a first period fall as Hauppauge took the dual over West Islip 59-13.

Hauppauge's Dan Mauriello works for a takedown against West Islip's Andrew Ierardi. Mauriello came away with an 11-4 decision at 106 pounds. 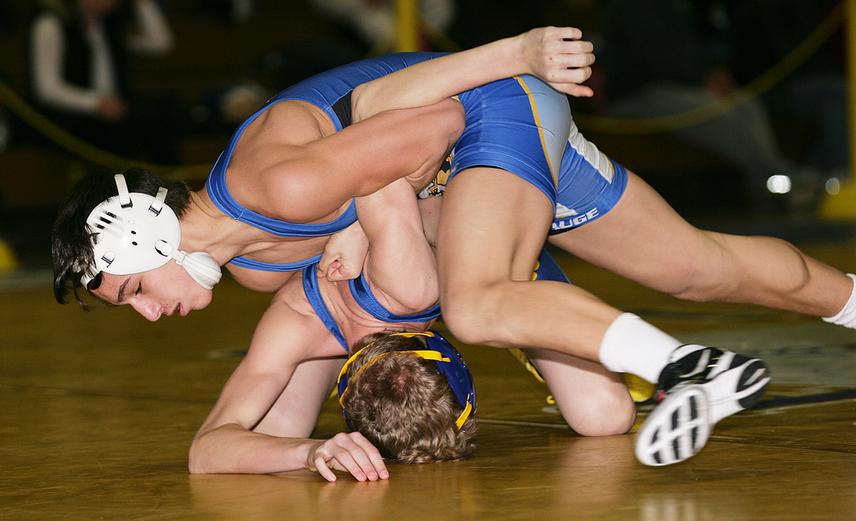 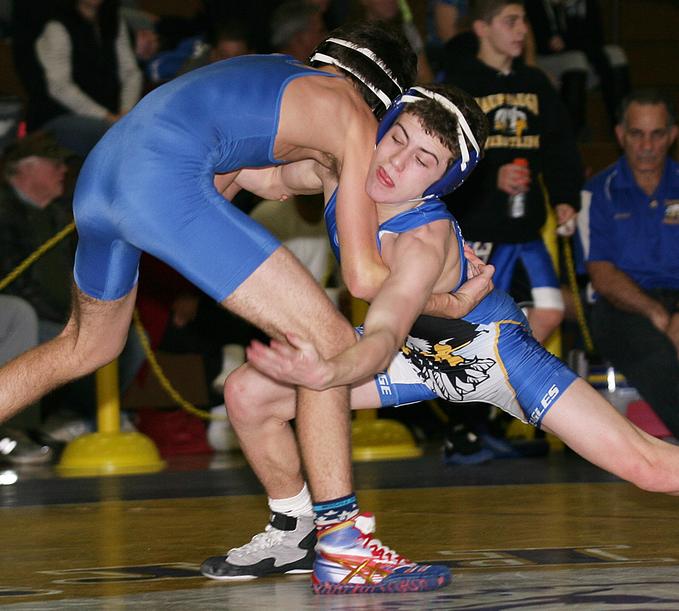 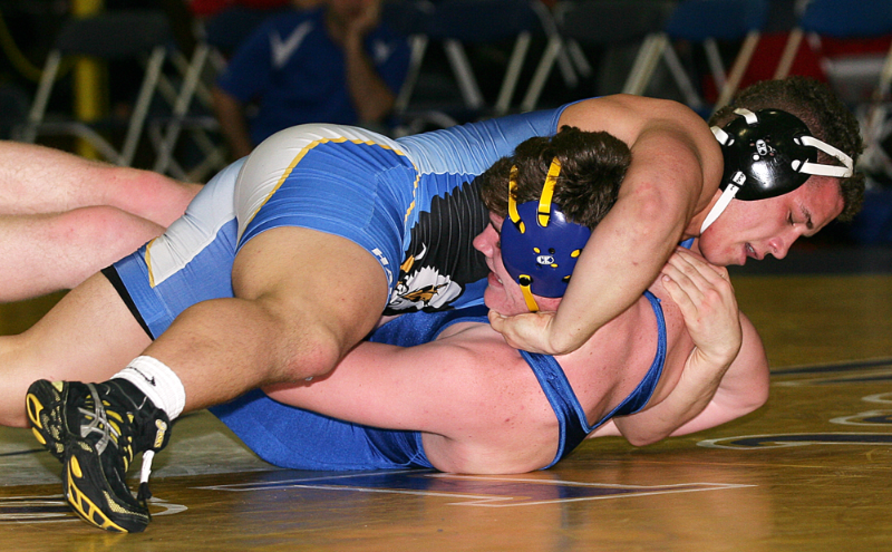 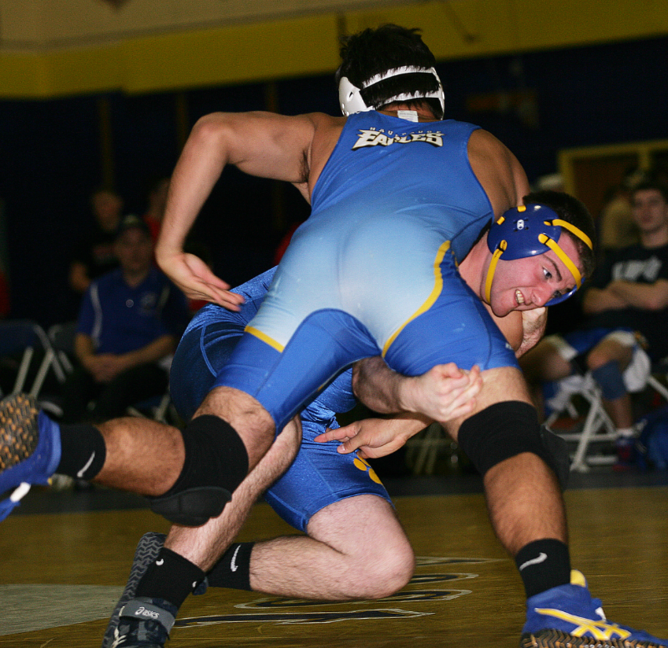 West Islip's Devin Marino works for near fall points at 113 pounds. Marino  started the dual off and scored a 12-2 major decision to put the Lions on the board first. 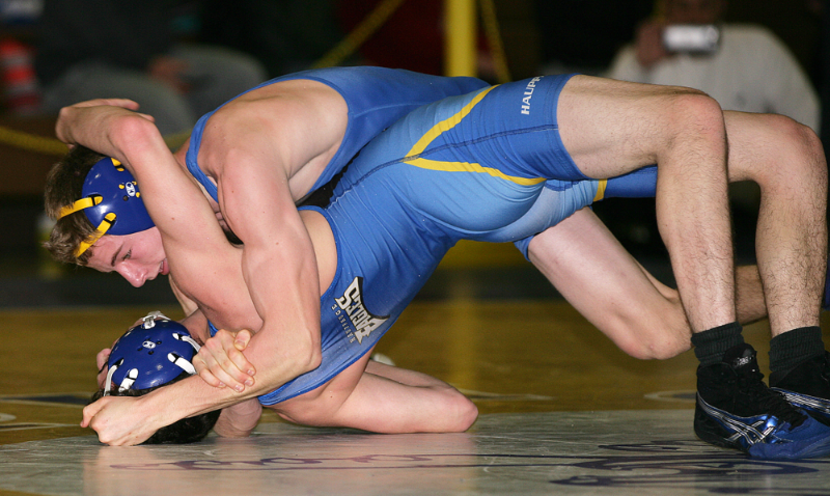 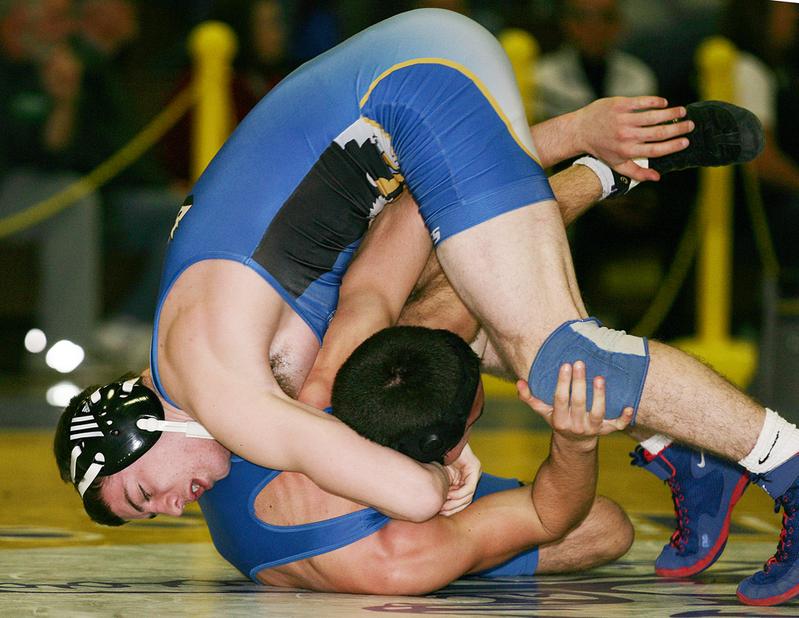 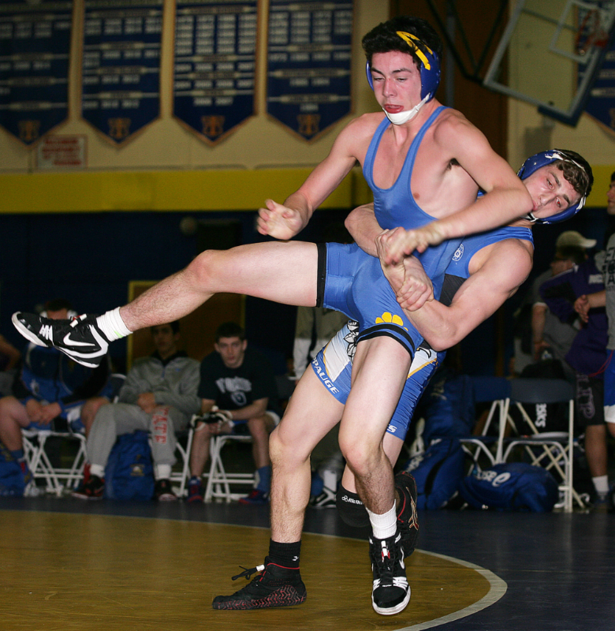 Sayville's Hunter Selts works his cradle on Sean Freeburn of Somers. Selts picked up the fall as Sayvile beat the upstate Somers team 70-15. 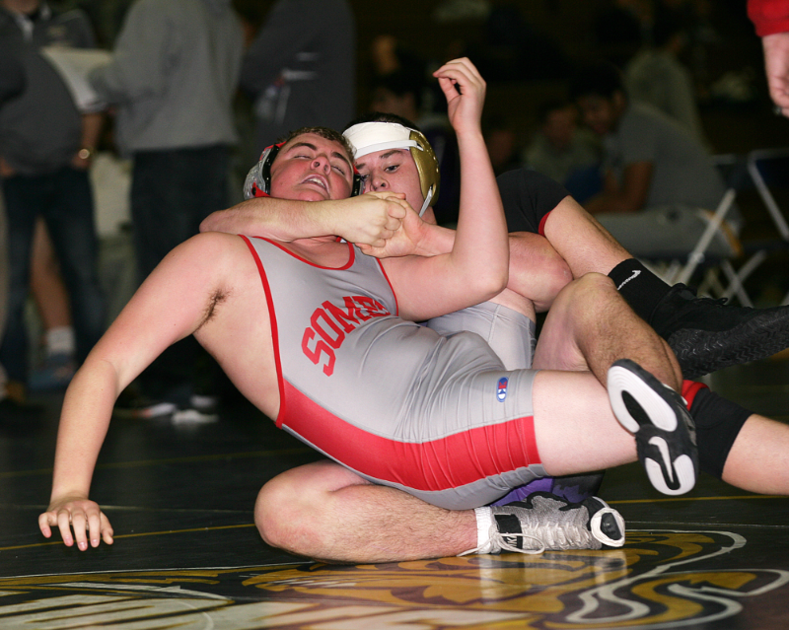 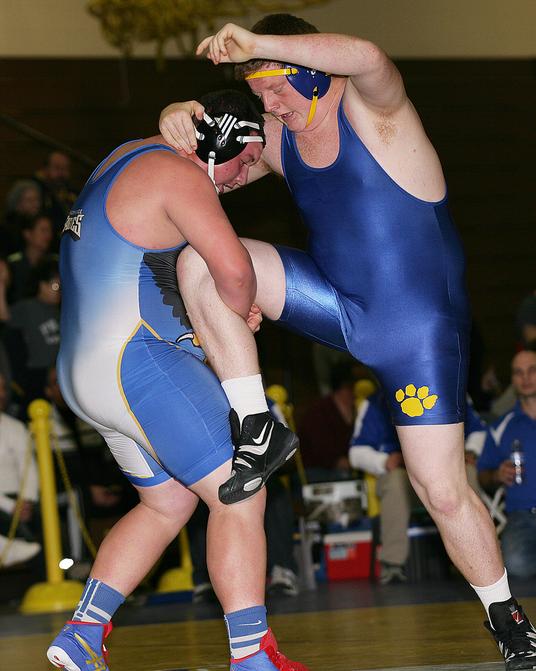