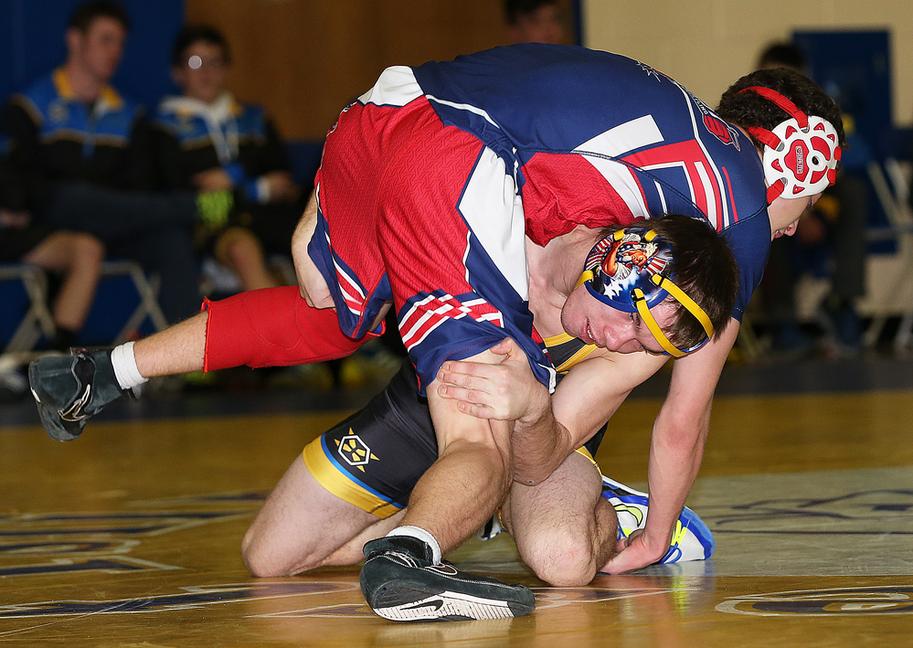 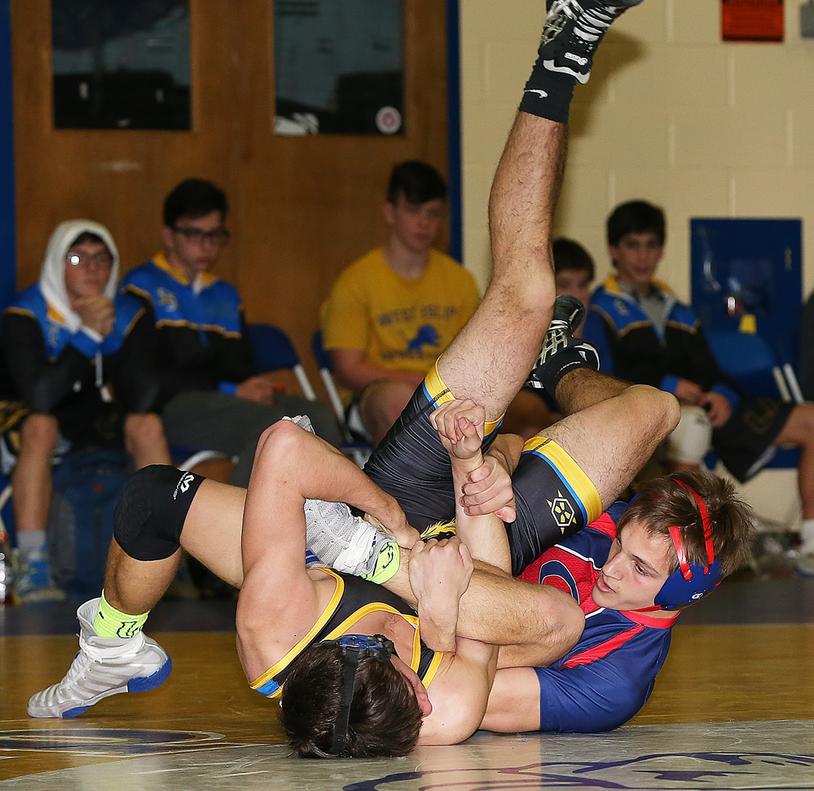 Suffolk's top 99 pounder, Luke Smith  of Hauppauge works his cradle for a fall to lead Hauppauge, ranked 3rd in Suffolk, to it's second win at the West Islip Duals.

Matt Cracchiola of Ward Melville works for a takedown en route to an 8-3 victory at 99 pounds to help pace his team in an upset 42-33 win over Islip  at the West Islip Duals. 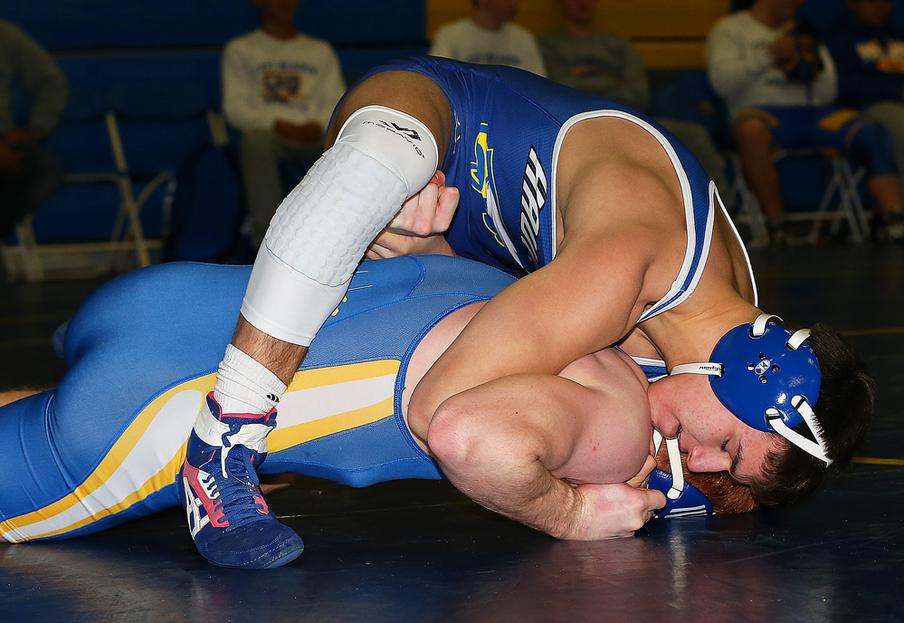 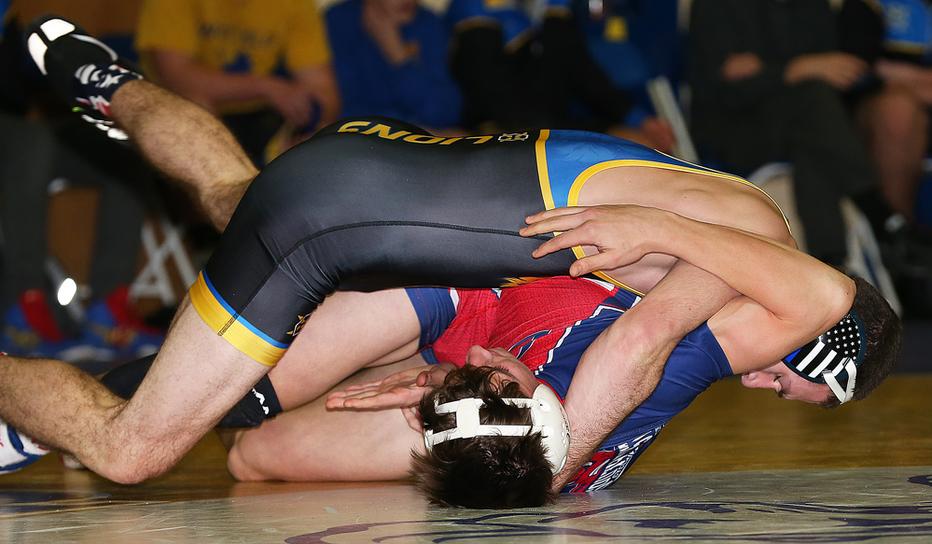 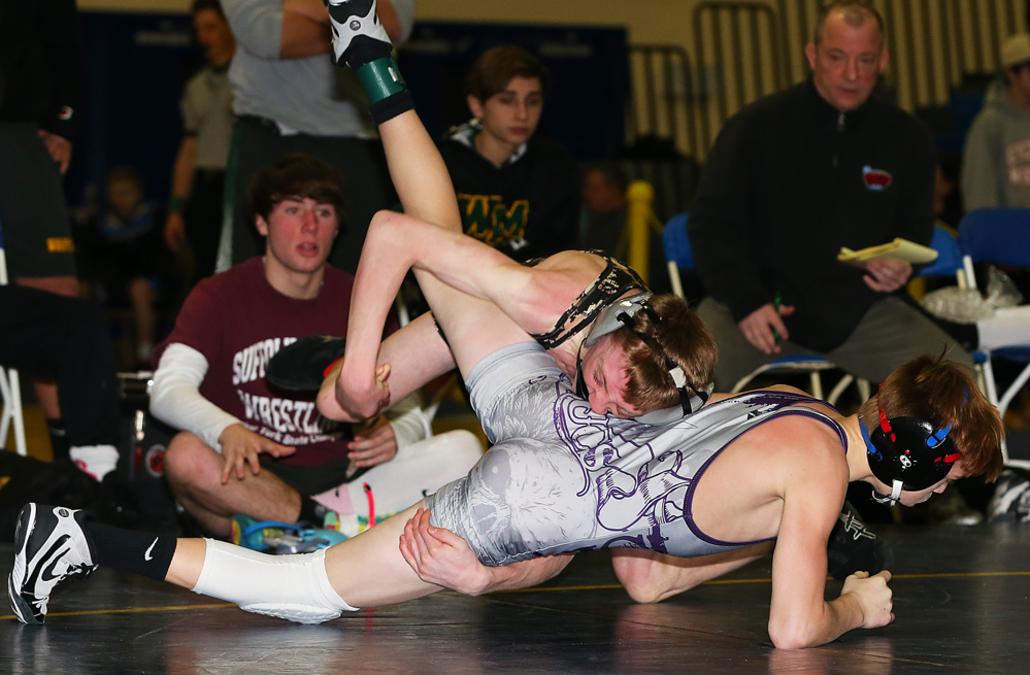 Islip's Jack Spahn, ranked 4th in Suffolk kept the Buccaneers in the match with a fall at 145 pounds. 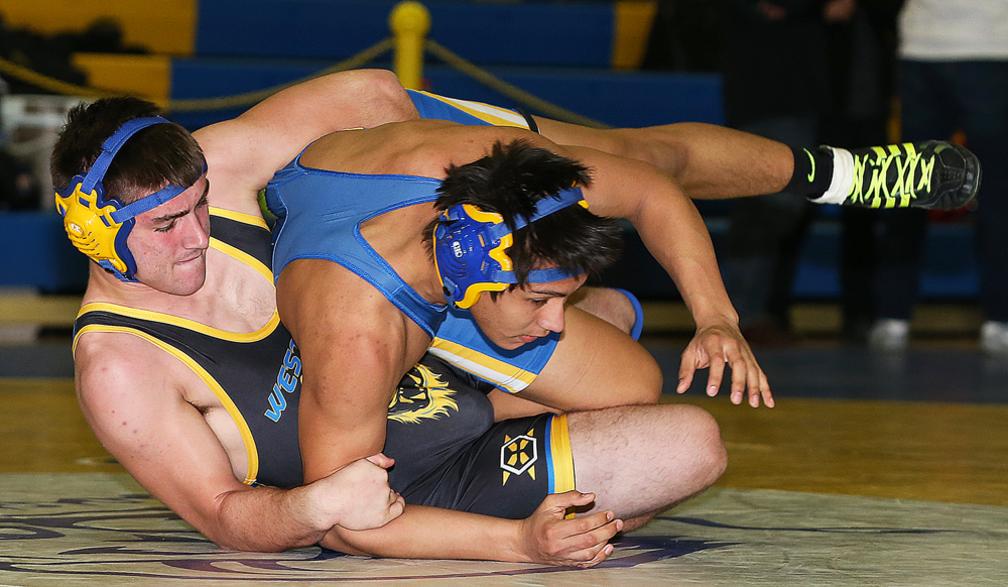 Kyle Mosher of Southside picked up the pin at 145 pounds in the West Islip Duals. Mosher is currently ranked #1 on Long Island.

Rich Munoz  from Ward Melville picks up a victory at 126 pounds over Logan Delisle of Islip.

West Islip's Billy Nicholsen picked up a big 10-4 decision to lead the Lions to their second team win on the day. 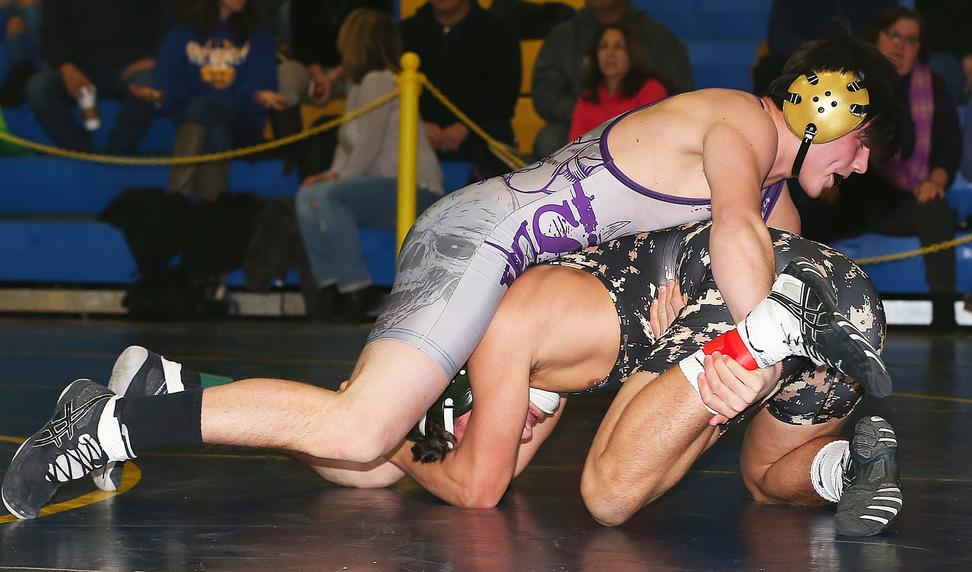 Jake Silverstein picked up another pin for Hauppauge. Silverstein is the top ranked wrestler in New York State at 160 pounds.